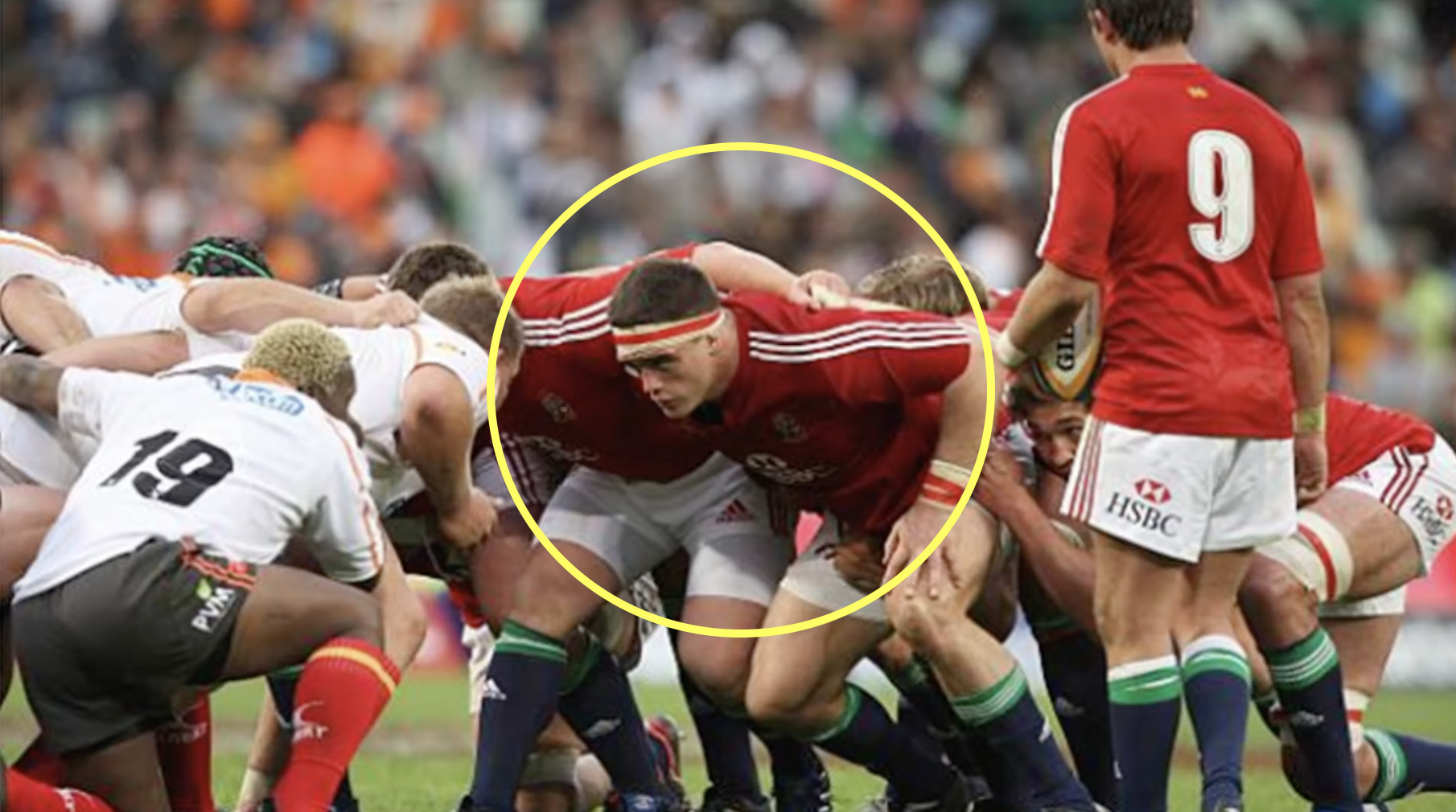 Andrew Sheridan is one of the strongest players to ever put on an England shirt, posting some outrageous numbers in the gym throughout his career.

The former Sale Sharks forward had a legendary reputation about the weights he could lift, as his Wikipedia suggests. It says: “He is known for his great physical strength – he is a near-elite class powerlifter and able to bench press 225 kilograms (35 st 6 lb; 496 lb) and squat 275 kilograms (43 st 4 lb; 606 lb).”

But many Australian front rows will attest that it was not just gym strength the 6′ 5″ loosehead possessed, as he was able to transfer his work in the weight room onto the pitch, particularly the scrum.

Even though the Englishman has been retired almost a decade now, he proved recently that he is still a beast in the gym. The two-cap British & Irish Lion shared a video of himself doing some sandbag shouldering with a 145kg bag. To those that are not familiar with the exercise, it requires the lifter to pick up a sandbag onto their shoulder, as the name would suggest. To put it into context, the weight Sheridan is lifting on his shoulder is the equivalent of his England successor Mako Vunipola, plus an additional 20kg for good measure.

Take a look at the lift:

Mixing training up a bit at the moment with some sandbag ‘shouldering’- pretty awkward exercise- taxes the breathing a bit too 👍🏼Having a bit of a struggle with the 145kg (320lb) bag 😂 pic.twitter.com/ODCsH3vzmu

Sheridan earned 40 England caps between 2004 and 2011, and became a crucial member of the national set up in that time despite a number of injuries preventing him from earning more caps. He produced some heroic performances in an England jersey, notably the 2007 World Cup quarter-final against Australia, where he bulldozed his way through the Wallaby scrum.

He spent the bulk of his professional career at Sale, but moved to Toulon in 2012, where he won the Heineken Cup a year later, before retiring in September 2014 due to a neck injury.