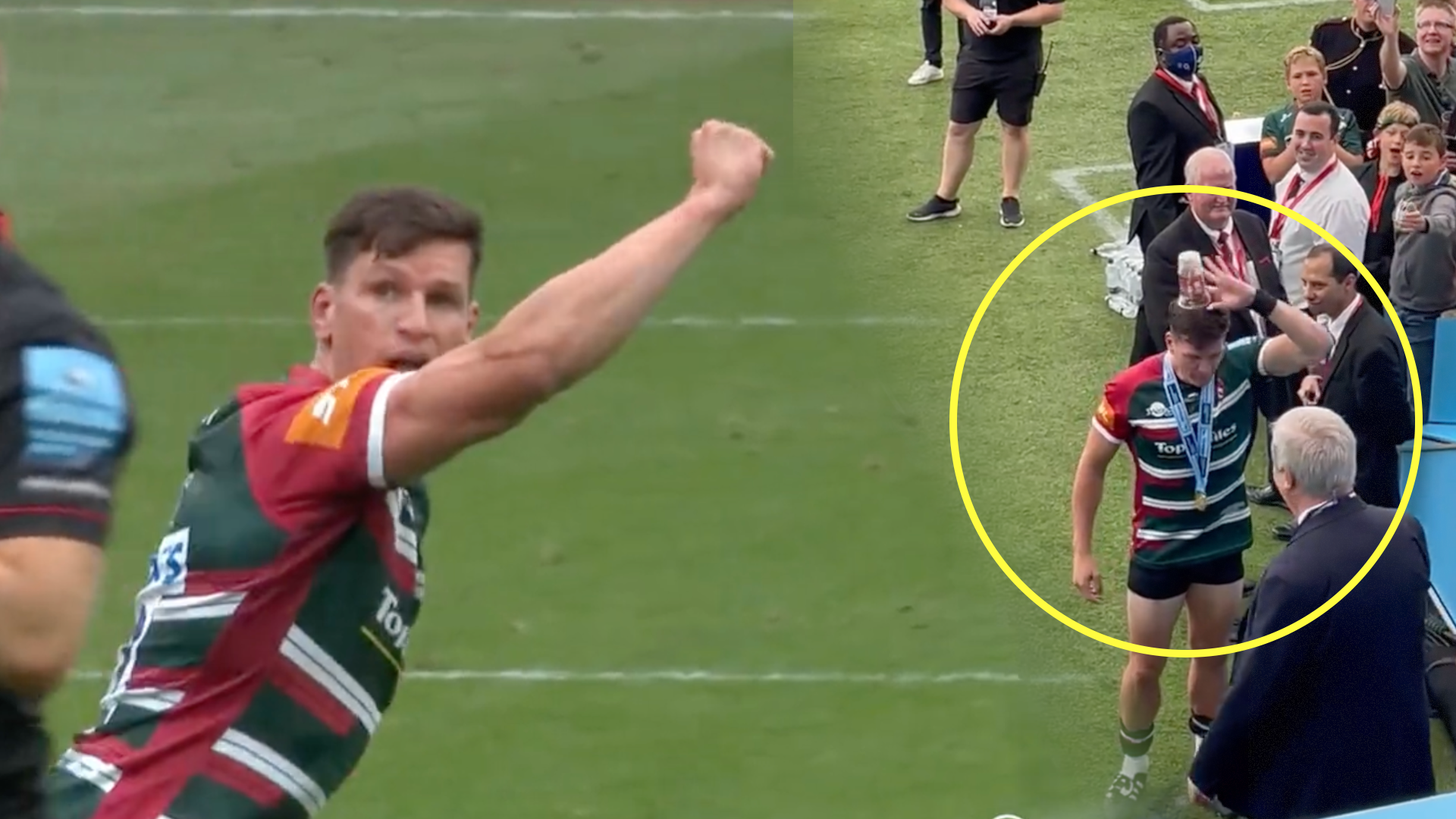 It is a fairly safe bet that Leicester Tigers fly-half Freddie Burns had a good night last night after his title winning drop goal at Twickenham against Saracens.

The former England fly-half was visibly emotional after the game after a career that has had its ups and downs for him. Now at the age of 32 he is a Gallagher Premiership winner, and produced the title heroics himself at the end of his first season back at Leicester having spent a year in Japan with the Toyota Industries Shuttles Aichi.

“It was one of those where I was ecstatic to get it over. I managed to shin it over, it was like a dead duck going over but I don’t care, it went through!” said Burns after the match.

“It was gutting for George to come off so early. He’s been instrumental in how the team has gone this year.

“When I was running back celebrating, I looked up and saw there were still around 25 seconds on the clock.

“A few years ago I made a fool of myself celebrating too early (for Bath in 2018) and I didn’t want it to happen again so I tried to get the boys on it and luckily enough we cleared up that restart.

“Japan was the best thing that happened to me. It allowed me to fall back in love with the game and check my ego.

“To have this moment with a group of players, who I couldn’t love any more, is special. I’m a bit all over the shop. I keep having this out-of-body experience.”

The former Bath and Gloucester No10 looks to be celebrating in style as well judging by the videos that have made their way onto social media so far.

Burns had not even left the Twickenham pitch and had already lost his shorts and was necking a pint. Fast forward to the early hours of the morning and a video has been shared of Tiger at home enjoying a McDonald’s, still in his Leicester training kit, with the Premiership trophy next to him. He even shared a video of himself in bed with the trophy!

Take a look at his celebrations: 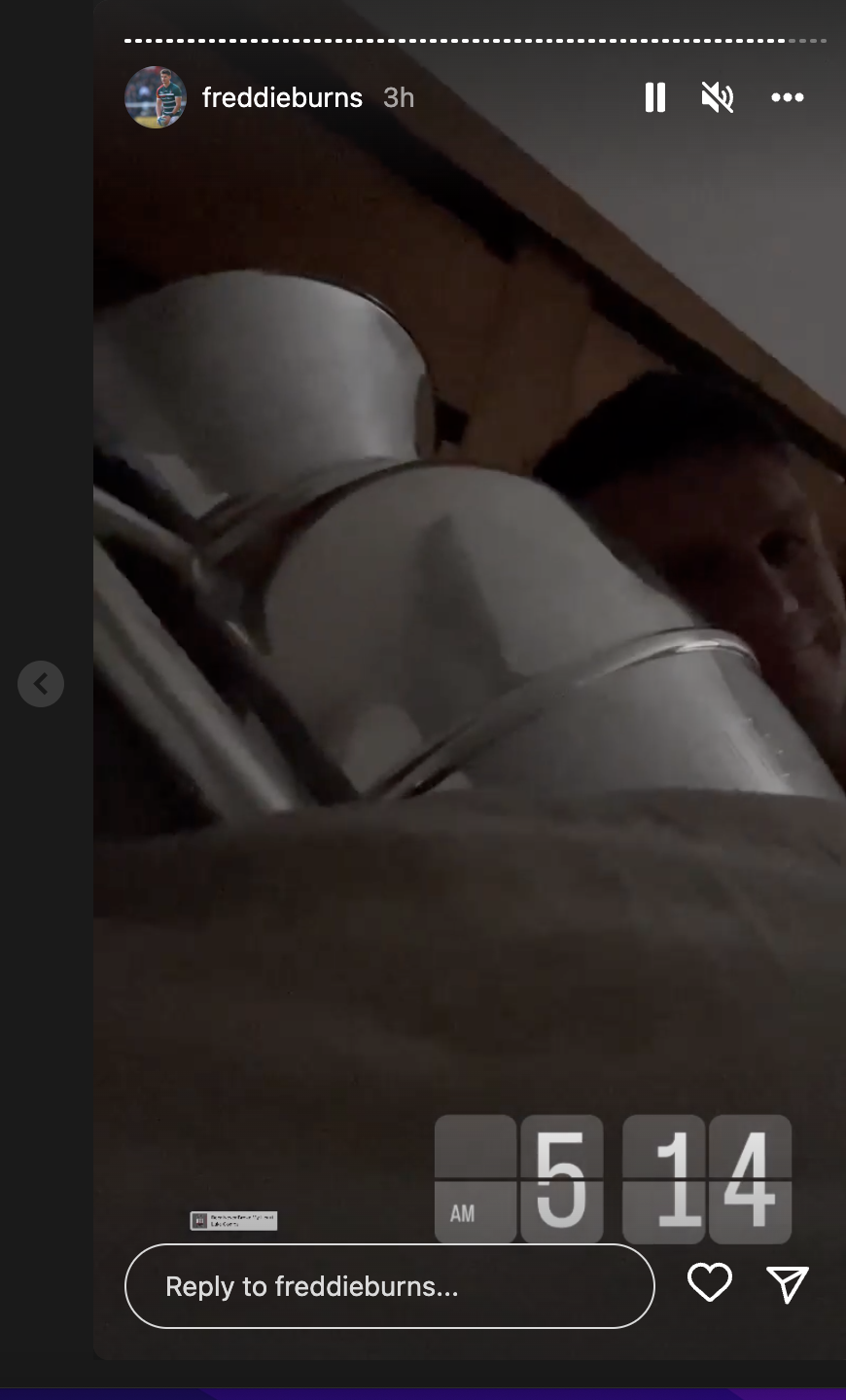