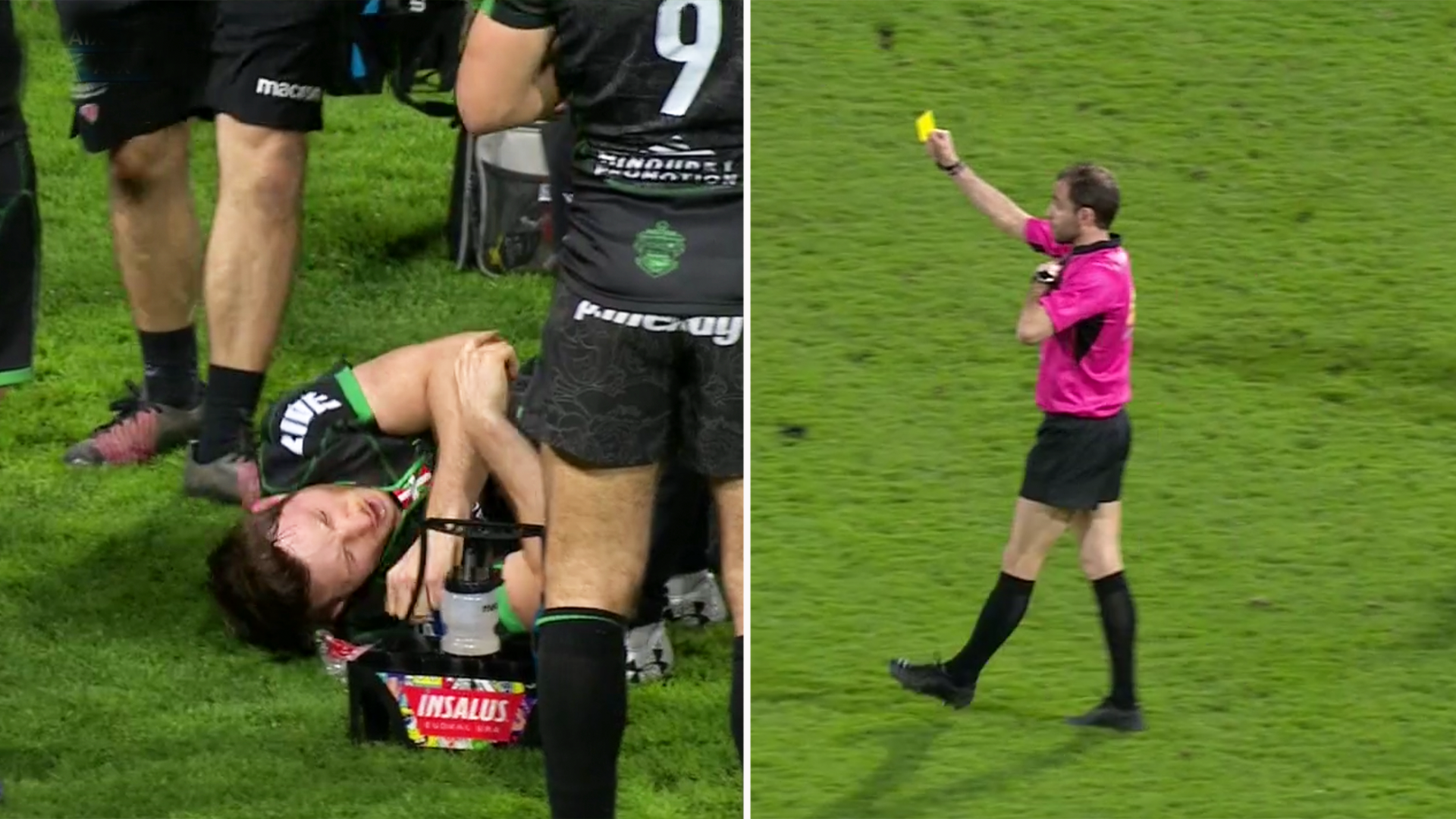 There was a nasty moment in tonight’s ProD2 clash in the French rugby second division leading to a player being sent to the bin.

The incident occurred in the 24th minute of play in the game between Biarritz and Provence Rugby.

We feel like this could easily have been given as a red card in today’s game!

The hosts were leading by just a slender two-point margin when the sickening incident happened.

Fans took to social media to share the video from tonight’s game that saw a player sent to the bin in the opening forty.

watch what happened in the French rugby Pro D2 this evening

This is what is more commonly known as a clothesline hit. It looked awful in real-time speed and we feel the player could easily have been given his marching orders after this challenge in the French ProD2 this evening.

The man who was sent to the bin, Romain Sola, was immediately apologetic – knowing how bad the challenge was and didn’t question the referee’s decision for a moment. 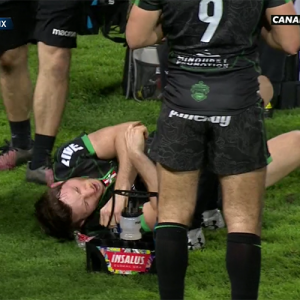 There has been some debate today over whether this red care that was shown in the Gallagher Premiership this weekend should or shouldn’t have been given.

Fans pointed out how similar this head clash in the tackle was to an incident from this weekend’s Six Nations international between England and Italy, featuring Owen Farrell.

here was the hit from Owen Farrell that went unpunished

As you can see from the video below, it was a hard hit from behind that hurt the Italian player on Saturday.

In the Gallagher Premiership this weekend one of the Irish’s players was given his marching orders after a similar head hit in when his side cam eup against Exeter Chiefs.

watch the red card offence from the Gallagher Premiership this weekend

What did you make of this? Should Farrell have been shown red for his challenge on the weekend?