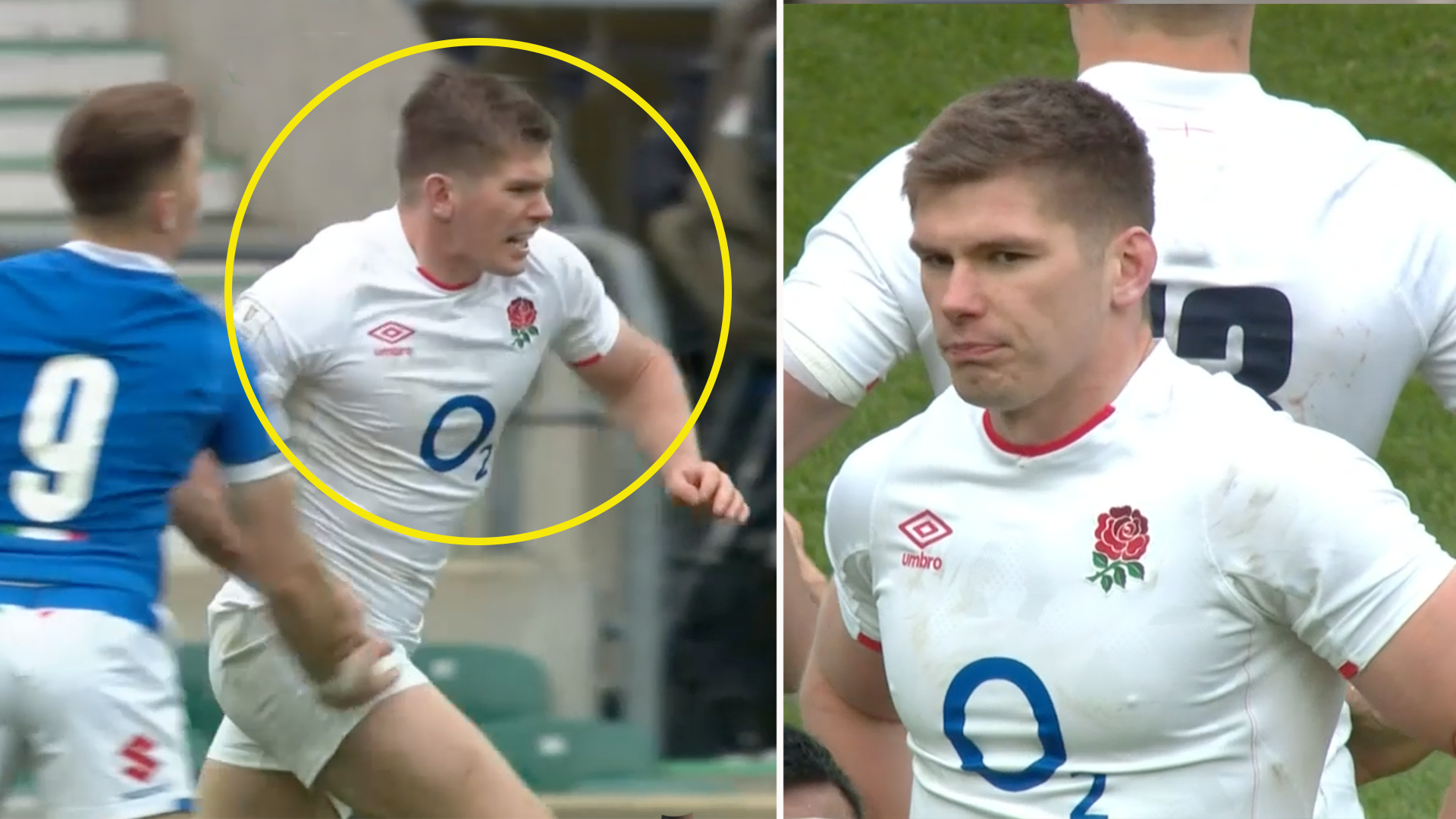 Fans were incensed this afternoon with the behaviour of England rugby captain Owen Farrell in the Six Nations.

England were facing Italy in round 2 of the tournament in a fiercely contested clash at Twickenham.

A moment in the second half sparked a visceral reaction from fans on social media who believed the 29-year-old was acting inappropriately.

The moment occurred soon after the half-time break after a scuffle broke out in the 43rd minute of play.

We watch as Italy make a break down the left wing just minutes before the altercation breaks out.

watch the moment that angered fans in the video below

The England rugby captain runs in from around 15 metres away after seeing an Italian player grabbing Maro Itoje on the floor.

We then watch as he moves in before shoving the Azzuri man – much to the annoyance of the referee.

A few minutes later, we see the man the whistle lambasting the England skipper – Farrell pleads his innocence, but the referee is having none of it.

It looked like the referee was about to show a card to the Saracens man but he got away with a warning the end. Here is what fans on Twitter thought of Farrell’s behaviour.

Masterclass in dealing with an official there from Owen Farrell…
😐

Foul or not, what the fuck is wrong with Owen Farrell?! #ENGvITA

Owen farrell is a clumsy idiot

Owen Farrell gets away with it again ????

When some arse writes a 500 word polemic about how Owen Farrell should be Lions captain. I’m going to point to the conversations and attitude he’s had with the ref in this game and then point to Warburton’s conversations with Poite in the final Lions test and say nothing else