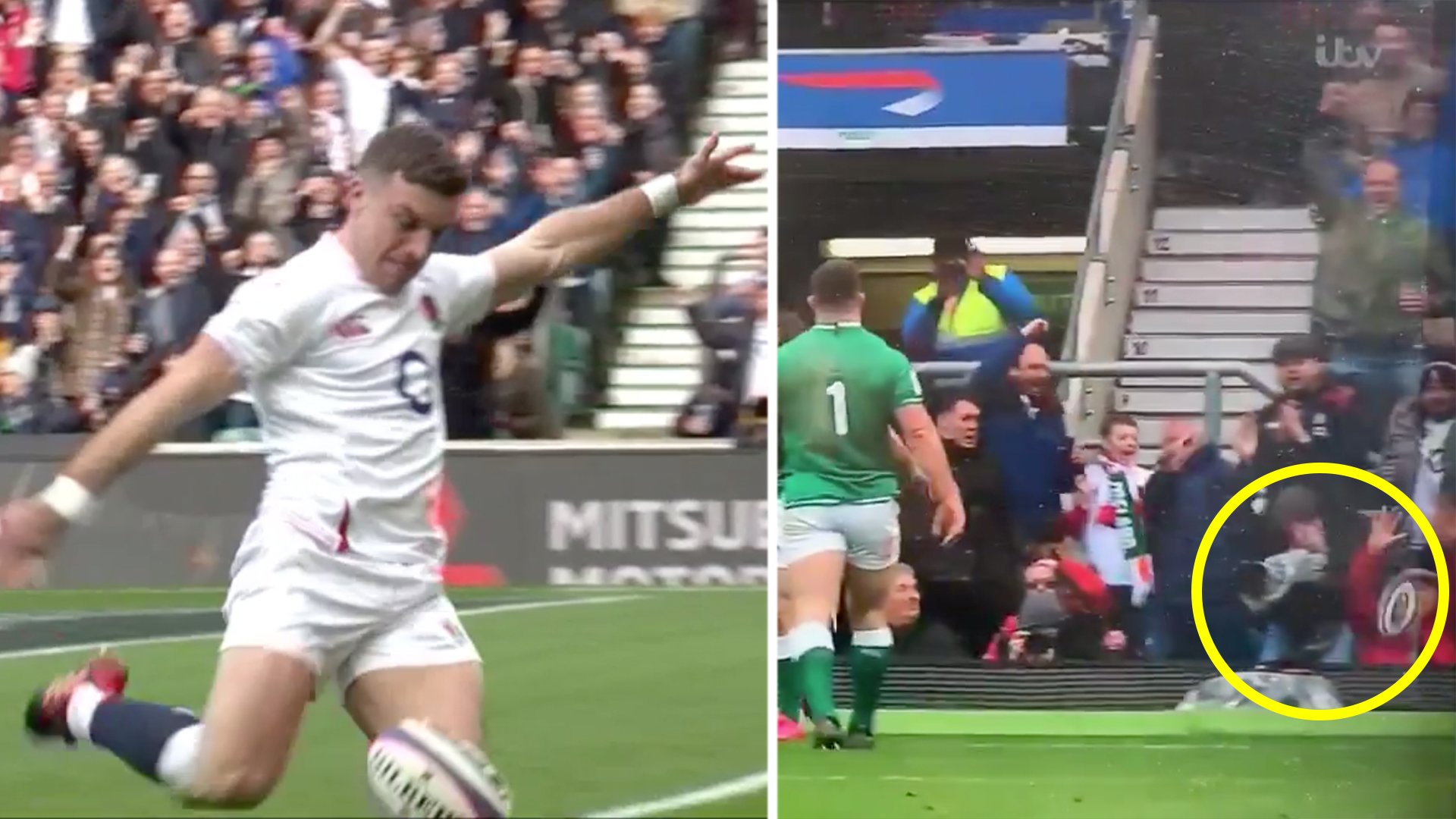 Rugby fans are in shock as a new camera angle reveals to us that a George Ford kick when he was celebrating hit an old man directly in the face!

George Ford scored England’s first try of the match at Twickenham when he got a lucky bounce on the ball in the try line area.

When he scored the try, George Ford decided to kick the ball into the crowd to celebrate. This is a completely normal celebration behaviour. However…

I missed the first 15 minutes doing DIY, but did George Ford really kick the ball into an old man's face!?! #ENGvIRE

Ford appeared to kick the ball at a low, hard angle and a old man got absolutely slotted in the face by the ball which was flying at an incredibly high speed.

We have found a camera angle of the incident which is now available and it’s a tough watch.

Surely he broke his nose here?

We understand that this is just a celebration but surely he could have booted the ball higher into the air? This old man surely got more than just a red face from this kick?

England started the first half strongly in the match in London, however Ireland came back very strongly in the latter stages of the second half to make it an interesting affair.

Ford might want to check out of the country after this kick though as the boys in blue might be dropping by soon after this assault on this poor old soul.

The Irish defence for large parts of the match seemed slow and a yard or so off the pace. Andy Farrell will hope that his Irish team can get ship shape and ready for a massive test against France which could decide the outcome of the tournament.