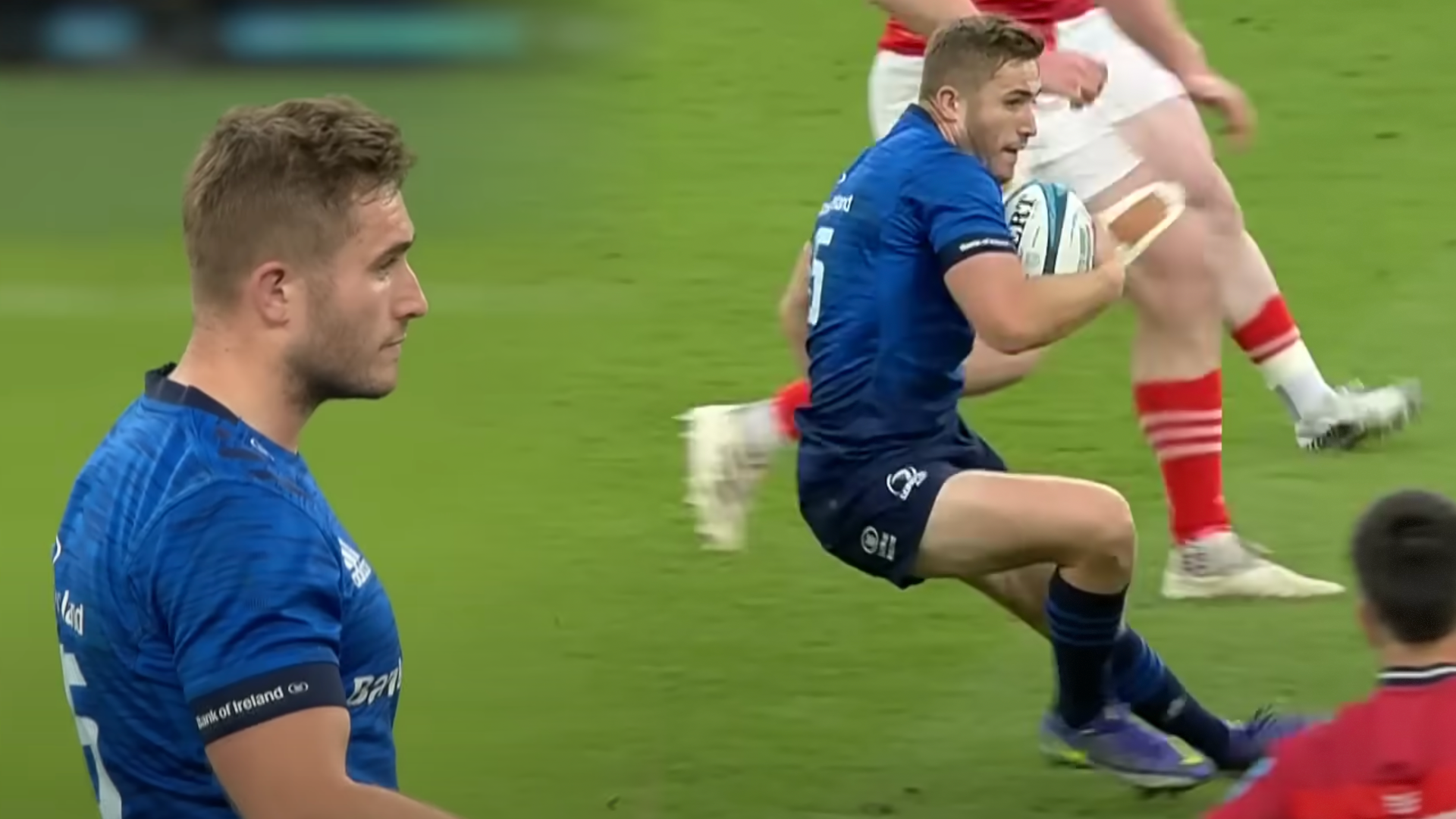 It was a huge win for Leinster on Saturday as their severely under strength squad overcame great rivals Munster 35-25 in the final round of the United Rugby Championship at the Aviva Stadium.

The win ensured that Munster, who equally had a few big names missing, did not make the top four and therefore have an away trip in the quarter finals.

One of the few recognised first XV starters (or at least matchday 23 players) in the Leinster team was fullback Jordan Larmour, and it was a decision by Leo Cullen that paid off. The 24-year-old beat 13 defenders during 80 minutes in a man of the match performance, more or less doing everything other than actually getting on the scoresheet. He was actually making his return from injury against Munster, but there were no signs of rust.

Yoe Rugby shared a highlights reel of his performance against Munster, and there is quite a compelling case that he is one of the most promising fullbacks in the world, or at least in terms of his attacking play. This was the perfect time to put in a performance like that with Leinster facing La Rochelle in the Heineken Champions Cup final this weekend, as he will surely be in the conversation to play.

The results mean Leinster will host Glasgow Warriors in the URC quarter finals, while Munster will play away at Ulster.

Take a look at Larmour’s display: