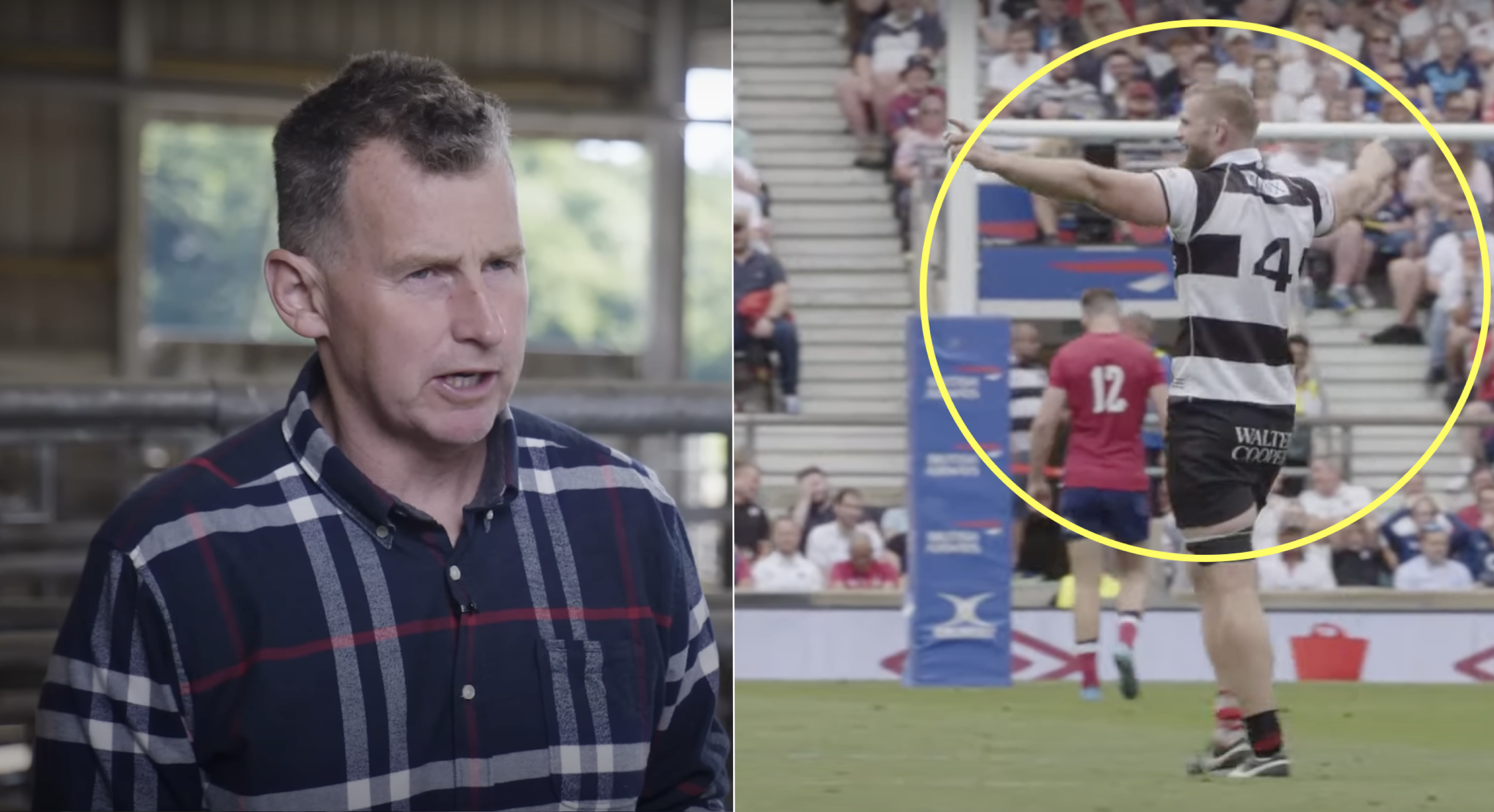 ‘George, you were very, very lucky’- Nigel Owens has bad news for Barbarians

Probably the most memorable moment from the Barbarians’ 52-21 victory over England on Sunday at Twickenham was former England lock George Kruis’ audacious back heel conversion that went over.

This was the lock’s second of three conversions that he took and was obviously the most outrageous of the three as this is something that is seldom seen in rugby, if ever.

However, refereeing legend Nigel Owens has some bad news for the former British & Irish Lion, which is that his kick was not actually legal. In the latest episode of World Rugby’s Whistle Watch, Owens explained that a back heel is not deemed a kick by law, although it would have been a brave referee to chalk it off, particularly as the BaaBaas were leading 43-21 at the time, so it was not going to affect the match either way.

“It wasn’t all doom and gloom, shall we say George Kruis’ very interesting back heel conversion,” the Welshman said. “Well George, you were very, very lucky to be awarded this because a back heel was not a kick. A kick, defined in law, means you kick the ball anywhere between your knee and your foot. So the ball off the thigh or off the knee is not deemed to be a kick, and a backward heel kick like that is not deemed to be a kick. So, although it’s Barbarians rugby, it shouldn’t have been allowed.”

Even though his side were on the wrong side of the scoreline, Jones praised the spirit of the game, particularly as it was Kruis’ farewell game before retirement.

This is what Owens said: