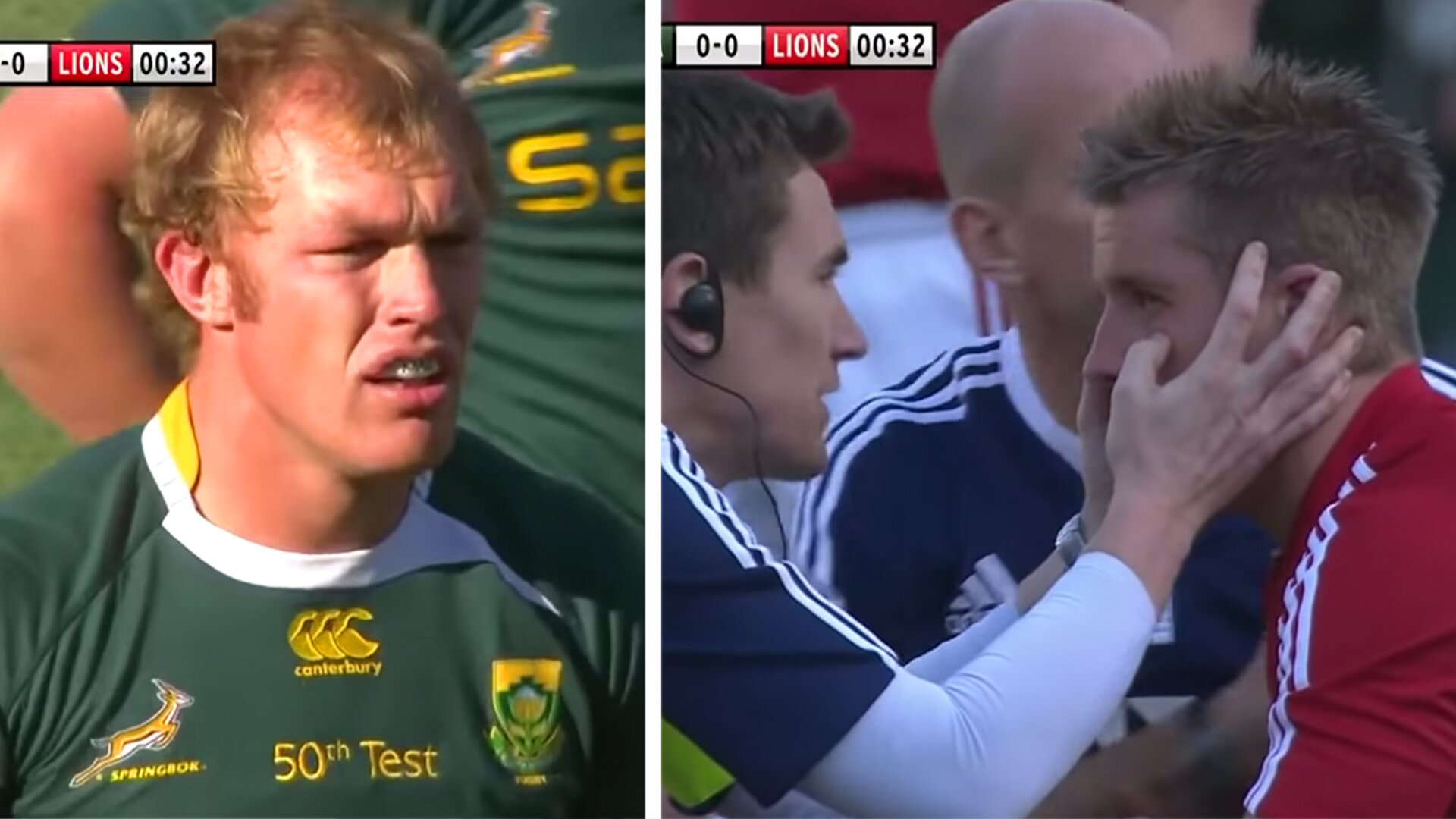 A compilation called Schalk Burger ‘Biggest Thugs’ made massive waves online when it was released. It truly displays just how frenzied the rugby player was when he was in his prime.

Schalk Burger was known as one of the hardest working rugby players of the noughties, he helped South Africa to win the 2007 Rugby World Cup final.

However, the now 38-year-old also played heavily on the edge in rugby.

His full-throttle attitude in rugby meant that he was never far from controversy in the sport.

A compilation has been made by YouTuber Andrew Forde, showing just how many incidents he was involved in which bordered the edge of illegality in rugby.

The video has been up for less than a day and it has already accumulated over 15,000 views with South African and rugby fans across the globe eager to see just how controversial he was.

We are big fans of Schalk Burger, but it would be wrong to say that he was far from an angel in rugby terms.

Schalk Burger, for some period, was considered the very best flanker on the planet. This is impressive, sure. But it is even more amazing to think this was being said in 2006, the same time that All Black kiwi Richie McCaw was in his prime.

There were even skits in the mid-noughties showing the rivalry between Burger and McCaw.

This gif below shows how he lives rent-free in Kiwi heads. It shows Burger supposedly being scared of New Zealand, by checking under his bed every night to see if he is there!

South Africans are known as some of the most aggressive rugby players on the planet. The likes of Eben Etzebeth, Bakkies Botha, Duane Vermeulen and Victor Matfield exemplify the power they have! Schalk Burger Springbok hype!