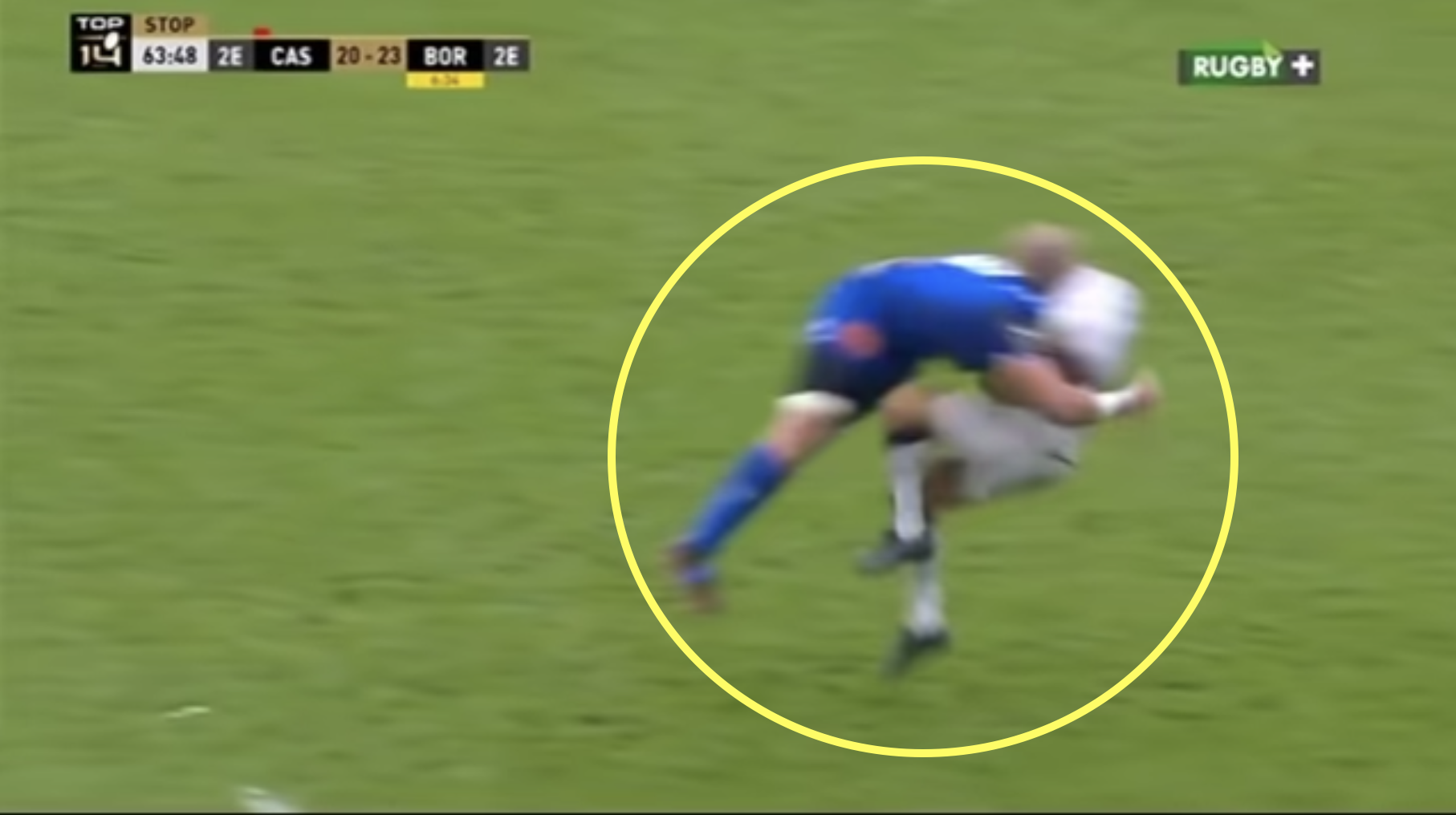 As 2021 draws to a close, it is only right that a video of the biggest hits of the year is shared, and that is what Brugby Montages has done recently.

If there was a big hit in the past year, it has probably made it into the eight minutes of carnage in the video, which opened with multiple replays of Castres’ Ryno Pieterse’s red card in September for a late tackle on Bordeaux scrum-half Maxime Lucu.

This clearly shows that pretty much any big hit made the list, regardless of whether they were legal hits or not. From Levani Botia’s red card in the Heineken Champions Cup final to Rob Valetini’s against Wales in one of the last internationals of the year, most red cards made the video.

Of course, plenty of legal hits made the cut as well, and with South Africa returning to the international fold this year, many of their players were involved. Of all the tackles this year, maybe Lukhanyo Am’s hit on Elliot Daly in the opening minutes of the first Test between South Africa and the British & Irish Lions was the most significant, as it set the tone for the rest of the series, and indeed the rest of the Springboks’ 2021.

But maybe the most shocking red card of the year was Pieterse’s. This was actually a red card that split opinion though. Of course it was late and Lucu’s feet were just off the ground, but it was the dramatic nature of the collision that many think made it seem much worse. Not only was Pieterse flying through the air, but it was a mismatch in size which made the collision seem more ferocious. Nevertheless, it was 10/10 in terms of the impact and the rest is history.