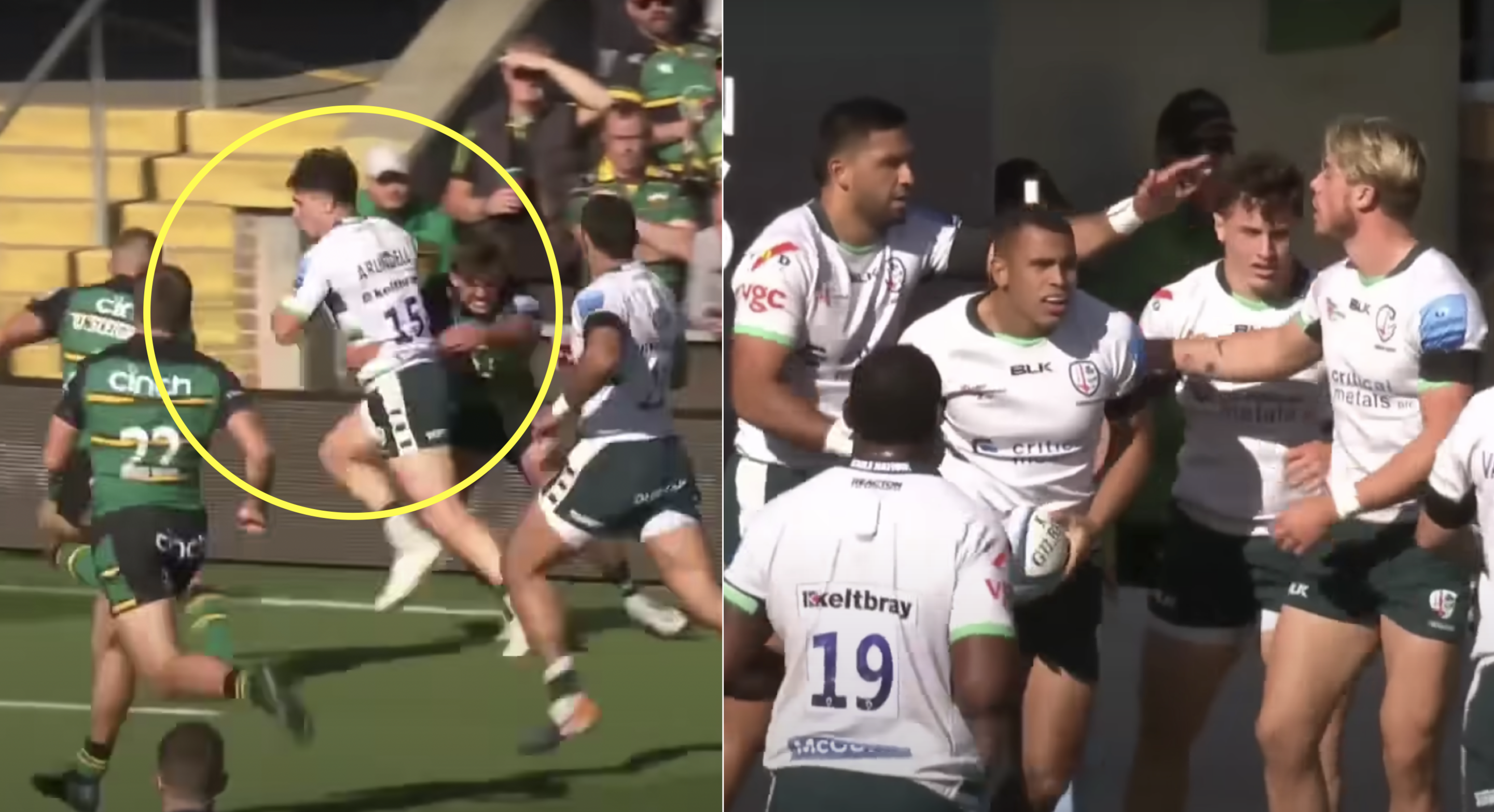 Henry Arundell goes up another level with world class assist

The London Irish backline combination of Henry Arundell, Ollie Hassell-Collins and Will Joseph is one that could tear many defences to shreds this Gallagher Premiership season.

That is exactly what the trio did yesterday to Northampton Saints, albeit in a losing cause at Franklin’s Gardens. Usually it is the 19-year-old Arundell that is going over the whitewash, as he did twice against Worcester Warriors last week, but this time he was assisting tries for Joseph and Hassell-Collins.

But it was his first assist that was most impressive for Joseph’s try, and it actually saw all three team up. After Hassell-Collins made the initial break, he passed to Arundell how charged towards the corner. But just before being bundled into touch he produced a one-handed offload over his shoulder to Joseph to cross the line.

This was a match with some sublime tries scored, with Northampton also producing some great tries.

Take a look at the Arundell assist:

London Irish director of rugby Declan Kidney said after the match: “There were a lot of things there that were in our control that we can do better.

“I think there were a couple of momentum swings in the game too, so I think the two of those things combined probably cost us as the game went on.

“I think it’s well within our grasp to be that much better and fair play to Northampton, we knew they were going to be well up for it, but there are learnings for us to take.

“(Playing with 12 men) does take the energy out of the boys around the pitch.

“You could say there was a four-point swing in that nine minutes, which isn’t the worst thing with three men (in the sin bin).

“They only scored at the end of the three men coming back on and in the minute before that, we can probably control those moments better.”