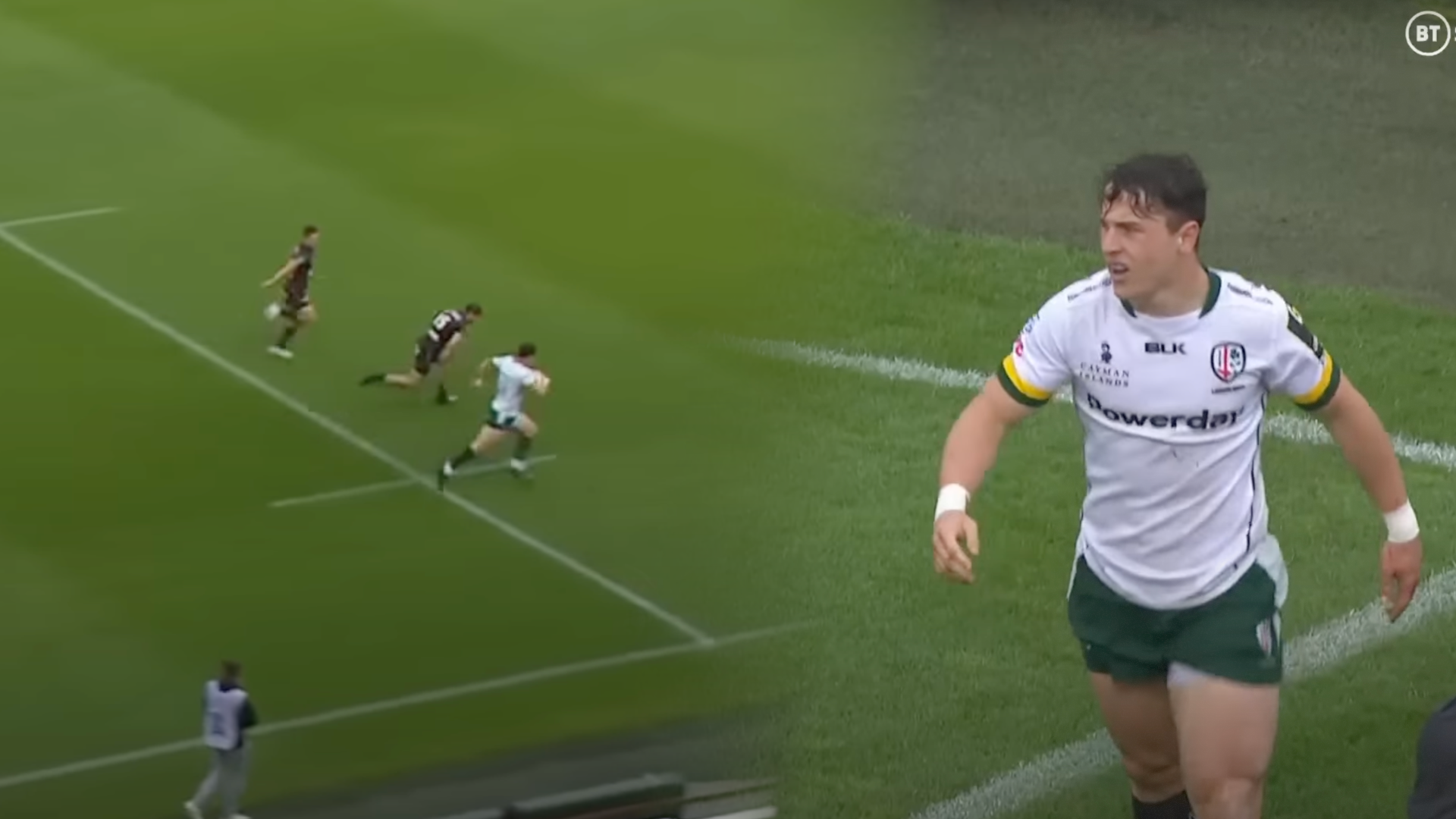 Henry Arundell’s wonder try is even better with French commentary

After England’s Henry Arundell was awarded the London Irish supporters’ try of the season recently for his solo effort against Toulon in the Challenge Cup this year, they decided to share the try online with a new twist.

Given that the video has already been viewed many, many times by fans, particularly London Irish fans, the Exiles decided to share the try with French commentary this time, and it makes for good viewing as there is no lack in energy from the commentary team.

This try made the 19-year-old fullback an overnight sensation in England, and this hype around him eventually culminated in him being selected for England’s tour of Australia, where he made his debut from the bench in the first Test last Saturday in Perth against the Wallabies.

As far as Test debuts go, it was not a bad one for Arundell personally, as he scored a try with his very first touch, powering through two tacklers before showing his quick feet to beat the last man. A few seconds later he was making another break which led to Jack van Poortvliet’s try. This is despite only coming on in the dying stages of the match with England losing badly.

This was his try against Australia:

! | “What a start to your international career!”

With his first touch Henry Arundell proves too powerful in contact to power down the wing and go over! #AUSvENG pic.twitter.com/CqjiCHgrfg

Arundell is set to start on the bench this Saturday for the second Test in Brisbane, where England are desperately searching for a win with Eddie Jones’ job potentially on the line. Plenty of people were calling for Arundell to start this match after his dazzling debut, but Jones perhaps does not want to throw him into the deep end too early, and has decided to hand another debut to Northampton Saints’ Tommy Freeman on the left wing in place of Joe Cokanasiga. But it is likely that Arundell will get a lot more game time in Brisbane given his sensational track record in Test rugby so far.

Take a look at his try against Toulon:

We thought the French commentary made it even better, so get the sound up and watch it all over again pic.twitter.com/4YfyYDpCu1