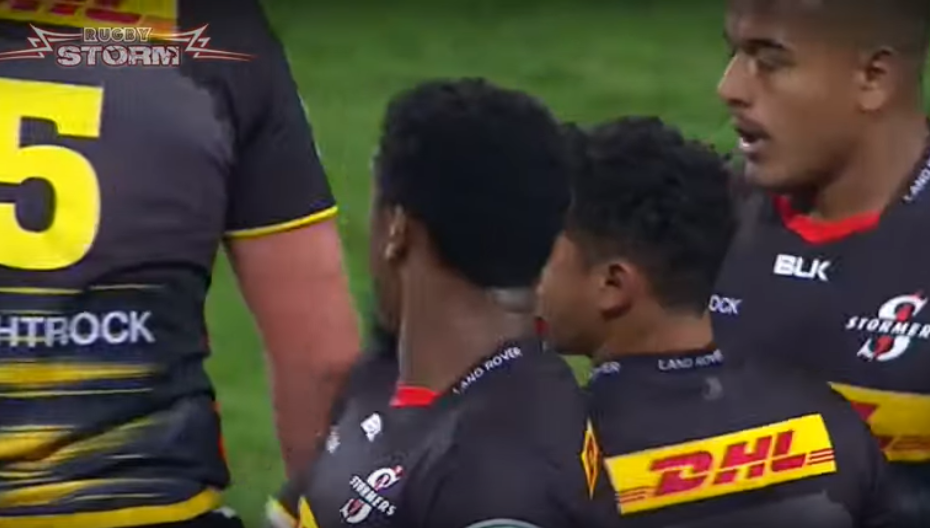 Herschel Jantjies was born in Stellenbosch, where he attended Paul Roos Gymnasium. He represented Western Province at Under-16 level in 2012 and at the Craven Week tournaments in 2013 in 2014.

He progressed to their Under-19 and Under-21 sides, and made his first class debut in Western Province’s match against the Leopards in the 2016 Currie Cup qualification series.

He made four appearances as a replacement for Western Province in the 2017 Rugby Challenge, a competition they would go on to win, before reverting to the Western Province U21 team for the latter half of the season. At the end of 2017, Jantjies was drafted into the squad of Welsh side Scarlets on their visit to South Africa during the 2017–18 Pro14 season, and came on as a replacement in their match against the Cheetahs in Bloemfontein.

Springbok wing Aphiwe Dyantyi has returned to the Xerox Golden Lions in Johannesburg where he will undergo rehabilitation for a hamstring injury, the Springbok management announced on Monday.

The injury has ruled Dyantyi out of the start of the Springboks’ 2019 Castle Lager Rugby Championship campaign, which kicks off at Emirates Airline Park in Johannesburg against Australia on Saturday.

The Bok speedster, who won the World Rugby Breakthrough Player of the Year Award in 2018, picked up the injury during training on Friday and will consult a specialist later on Monday to discuss treatment options and a possible timeframe of return to action.

Bok management confirmed that a replacement for Dyantyi will not be called upon as they have sufficient cover in the training squad, currently in camp in Johannesburg.

The Boks regrouped in Johannesburg on Sunday evening to continue with their preparations for Saturday’s Test against Australia at Emirates Airline Park.

On Monday, Springbok assistant coach Matt Proudfoot told the media at the team hotel at Montecasino in Johannesburg that they are looking ahead at an exciting week.

“We arrived in Johannesburg on Sunday and everyone is buzzing – we realise it’s a huge year for the Springboks and for the country,” said Proudfoot.