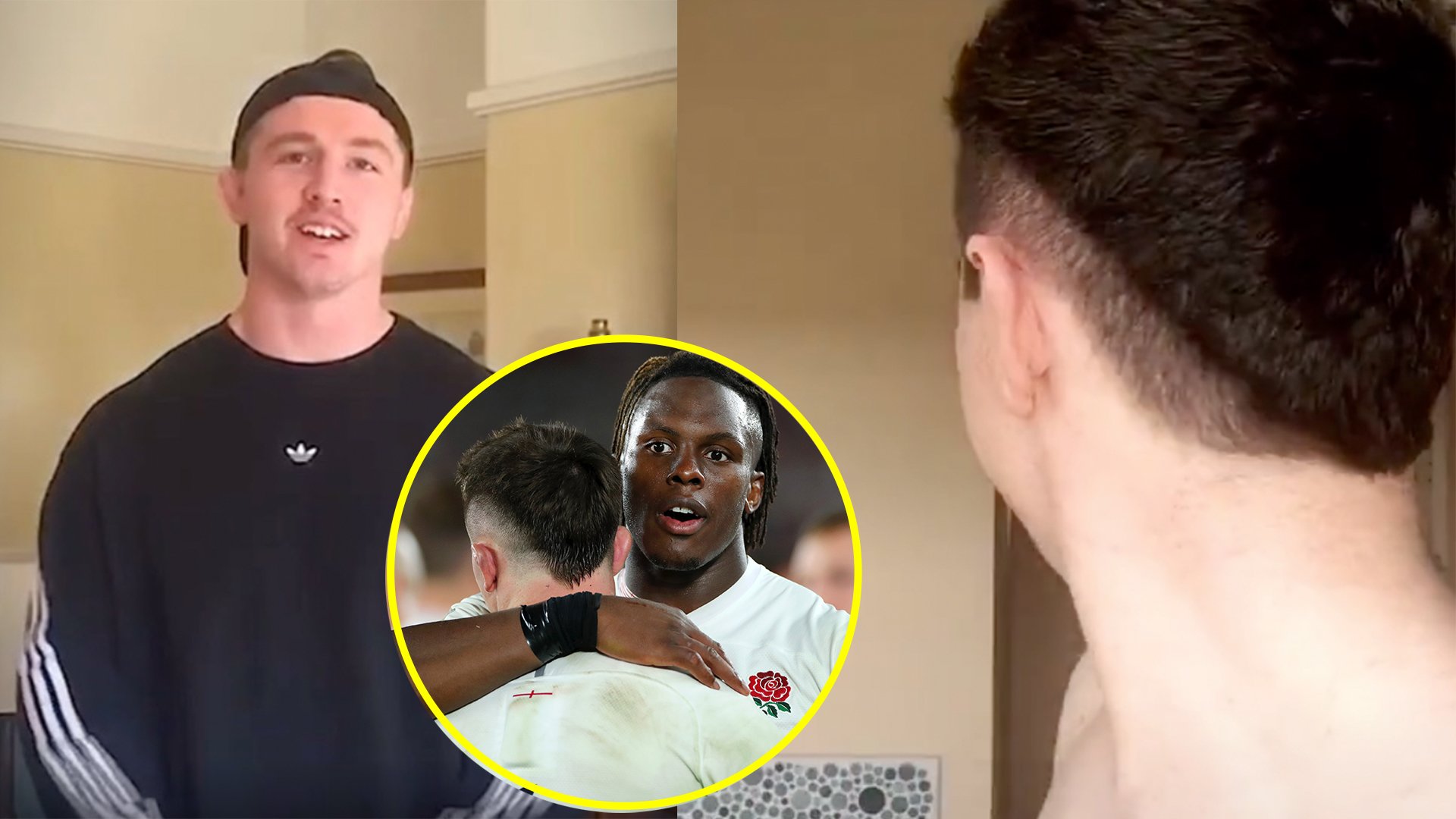 England rugby star Tom Curry may very well have accidentally have just started the worst Internet trend that the Internet will have ever seen.

The England flanker is currently one of the most recognisable rugby faces in England after performing so well for England in the 2019 World Cup.

One thing that the Twin has that makes him very unique is that he has a very recognisable and , sorry Tom, horrendous lid. Recently with the public not being able to get their usual trims from the barbers, people have resorted to shaving their own heads to cope.

Rugby players such as Ellis Genge, Henry Slade and Luke Cowan-Dickie all bought into this charity attempt, shaving their trims off completely. It seems that Tom Curry may have inadvertently got his followers to go one step further. Going for his signature haircut.

We noticed last night that the England flanker had shared some videos on his Instagram story of some fans shaving their hair in his style.

At first, we refused to believe it.

But after a bit of research we found out that dozens of people were shaving their hair in the style of Tom Curry.

This is a public service announcement. DO NOT get the Tom Curry haircut. It will not increase your game. Curry is a young International rugby flanker, he could do whatever he wanted with his hair and he’d be fine.

Look at some of the examples that we have found of people doing it.

The more we searched, the more people we found that had been copying and following this trend online!

Please let us not make this the next Internet trend!