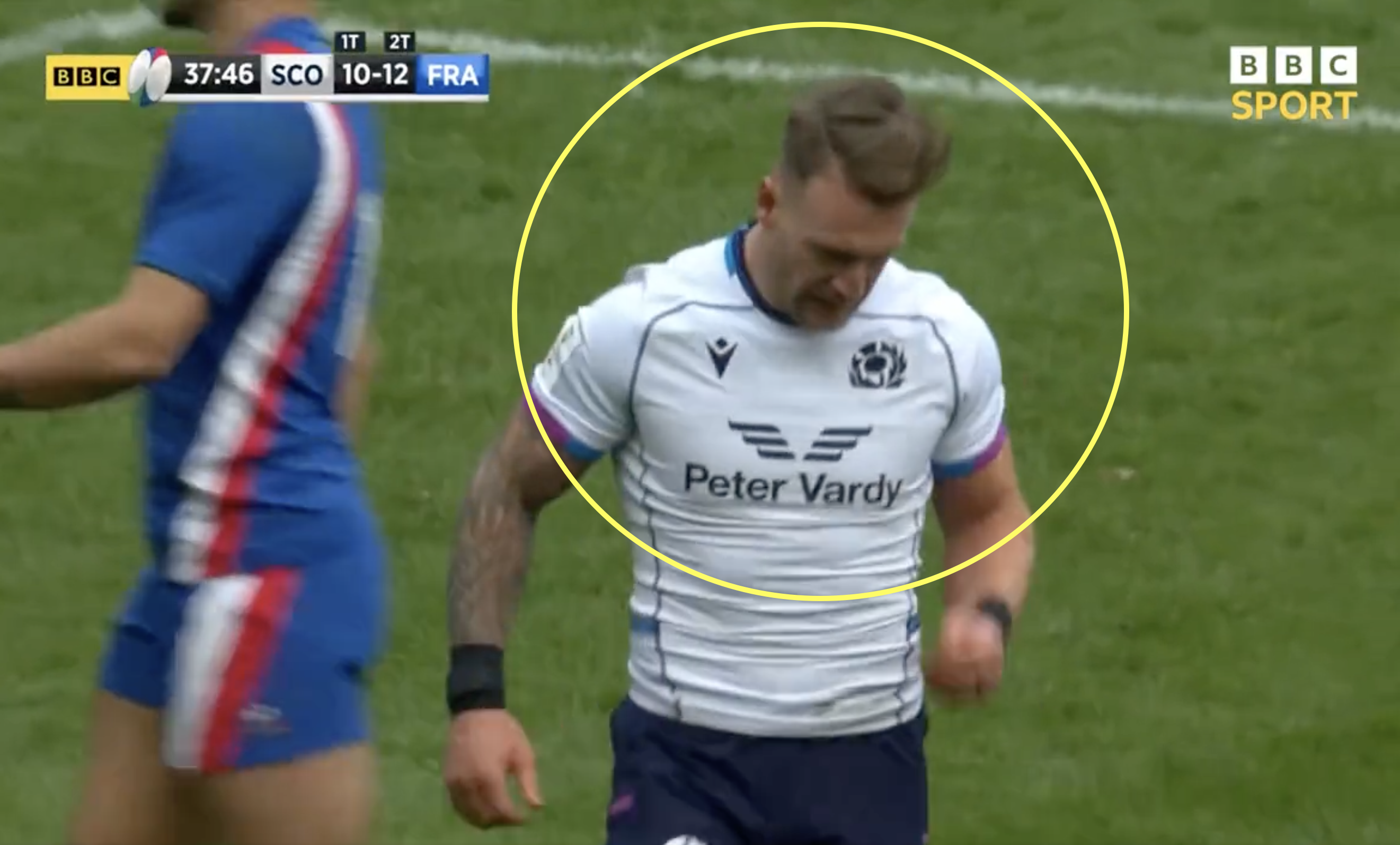 France and Scotland went in at half-time with the score 19-10 to Les Bleus, but it was a match where literally any side could be in the lead with any score.

The half was ultimately decided by the fact that France were far more clinical while Gregor Townsend’s side left plenty of points out there, none more so than Stuart Hogg.

With minutes to go until half time, Scotland squandered a golden opportunity to not only go into the lead but to actually score one of the greatest tries Murrayfield has ever seen.

It started with a break from Duhan van der Merwe in the middle of the field, and switching with his centre Chris Harris, which basically gave Scotland a four on one. The Gloucester centre decided to sling a pass out wide to his captain Stuart Hogg, and with the try line beckoning the fullback knocked the ball on to the despair of everyone in Scotland.

To make matters worse, France scored only seconds later at the other end of the pitch through Gael Fickou to put the visitors in the lead at half time 19-10.

A big moment at Murrayfield… and it hasn’t gone Scotland’s way.