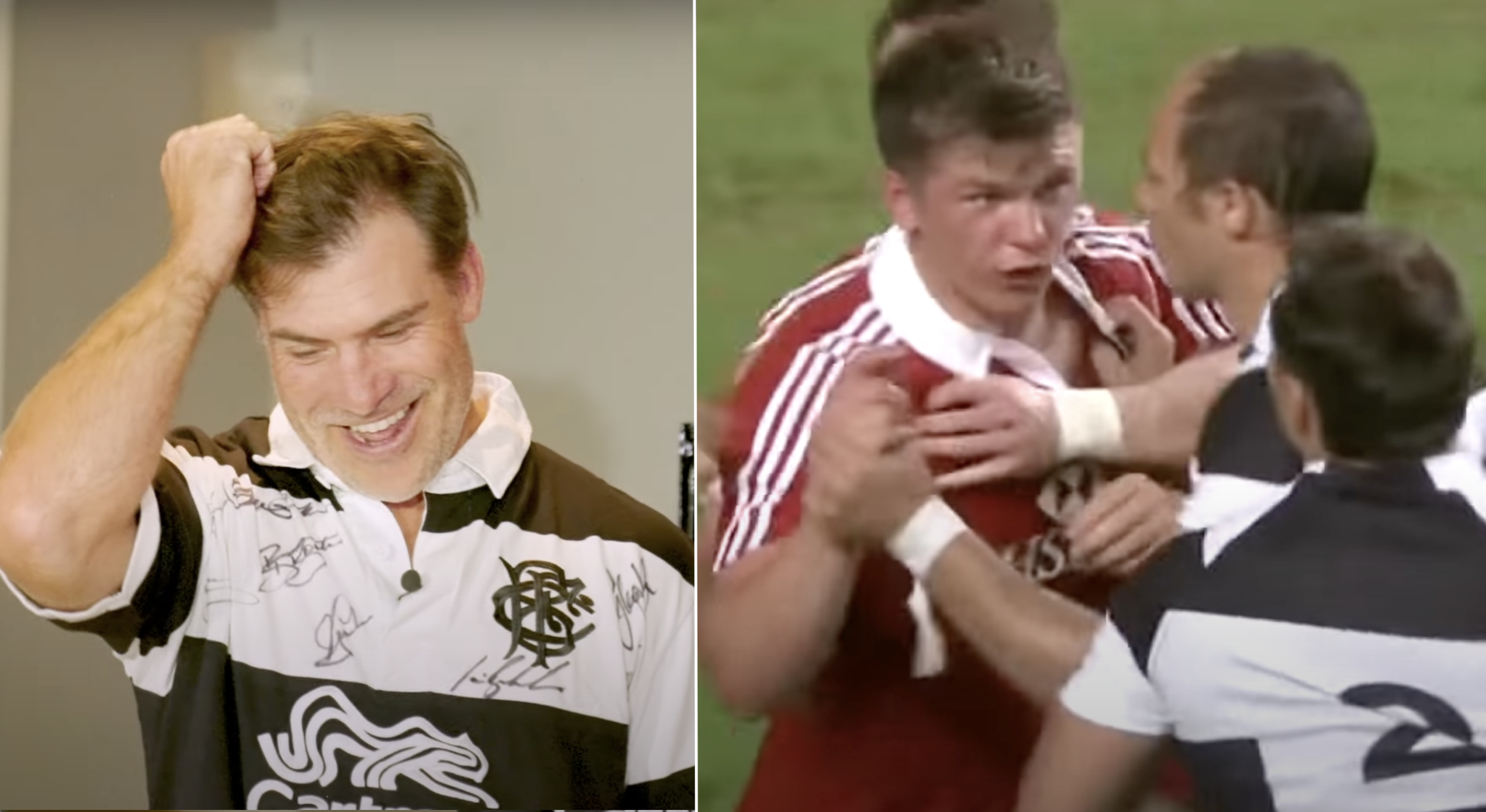 Legendary Saracens hooker Schalk Brits was a guest on World Rugby’s Jersey Tales this week, where a certain incident involving him and his then Saracens teammate Owen Farrell cropped up.

The incident came in 2013 when the British & Irish Lions played the Barbarians in Hong Kong. Farrell, starting at fly-half, was holing onto his club teammate Brits, starting at hooker. From there things escalated very quickly, as their longstanding camaraderie went out the window completely.

Take a look at the fight:

Well, that jersey he was wearing was one that he decided to bring out on Jersey Tales, in which Jean de Villiers, who was also a guest, decided to poke the bear a little.

“It wasn’t really, it was more of a push,” Brits said to his former South Africa teammate. “I profusely apologised from day one, and now again. I do have a switch, and my switch was after a week of socialising and experiencing Hong Kong, and we got smashed by the Lions. But it was a great week. One of the most amazing experiences.”

Brits announced his retirement and parted ways with Farrell at Saracens in 2018 after the pair had won everything there was to win domestically in the game. However, the hooker came out of retirement soon after and joined the Bulls in South Africa, which eventually culminated in him being selected for the Springboks in 2019.

Speaking about the final years of his career, Brits previously told the South African Rugby website: “I was happy and content with my career when I decided to retire at the end of the English season in 2018 and I was on holiday with my family in Ibiza when I got a text message from Rassie Erasmus, but at first I thought it was Vincent Koch playing a joke.

“When I realised it was really Rassie, I decided to give it one last shot and ended up playing for the Bulls, something I never thought would happen as a born-and-bred Capetonian, but I loved my time in Pretoria and we had a good season as well.

“Playing in Pretoria was tough on my family, but I’ve not regretted it for one day as it gave me a shot at playing for the Boks again. It was a season of sacrifice, but it was worth it.

“When we saw Rassie’s plan – and everyone bought in – we knew what we could achieve and all of us worked towards that goal. Everyone knew their roles and how much hard work it would take, and we got stuck in. As a squad, we spent a lot of time together and it was unbelievable being part of this experience.”