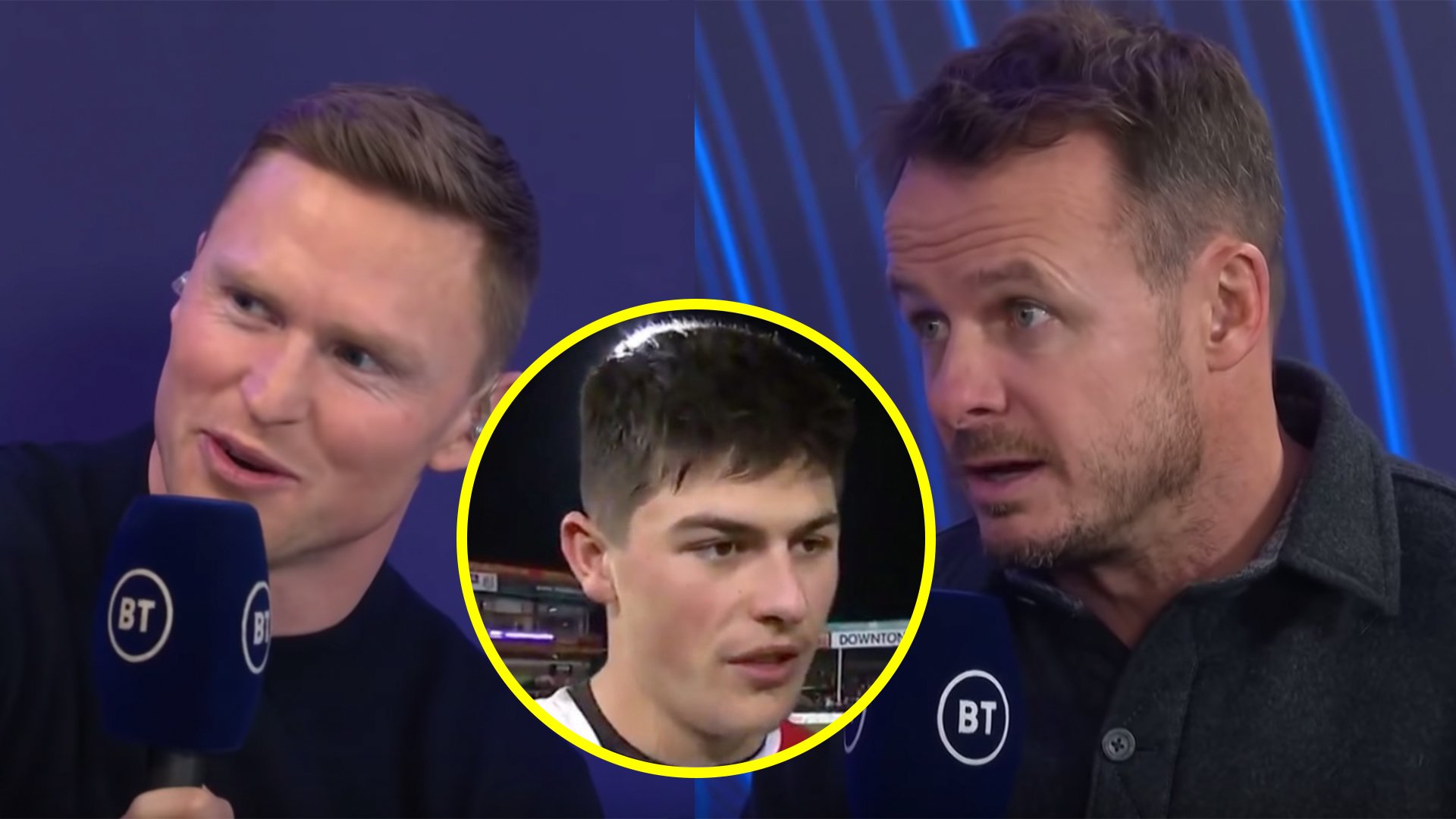 For the past month, Louis Rees-Zemmit has put in brilliant performances in the Gallagher Premiership for his side Gloucester where he plays on the wing. Pundits have been saying he should play for England and not Wales…

This week, the youngster was named in Welsh Six Nations squad, which means that the youngster could feature for his national side in this year’s tournament.

The discussion has been rife around whether the 18-year-old should play for England or Ireland. The winger qualifies to play for both countries through his family.

Questions have been running around the circuit about what nation he will play for internationally. Former England international Andy Goode last month mentioned him online saying, “Is Lous Rees-Zammit English qualified?” He directly mentioned the youngster in this message.

The 18-year-old defiantly replied with one emoji…

The hype is justly growing around this youngster, who has been in sensational form for the red and white team. It was only last month that the pass behind his back had every active rugby fan chatting about him.

The competition on the wing for Wales is intense with the likes of Cardiff Blues regular Josh Adams and newly signed Scarlets full-back Liam Williams dominating the back 3. Is there a space for young Louis Ree-Zammit on the other wing?

If Rees-Zammit doesn’t feature for Wales in the Six Nations then could England still poach him from the grasps of the Welsh?

Here is the video of Austin Healy, Chris Ashton and Ben Kay speaking about England’s chances going into the Six Nations, where the topic of the young winger was brought up.