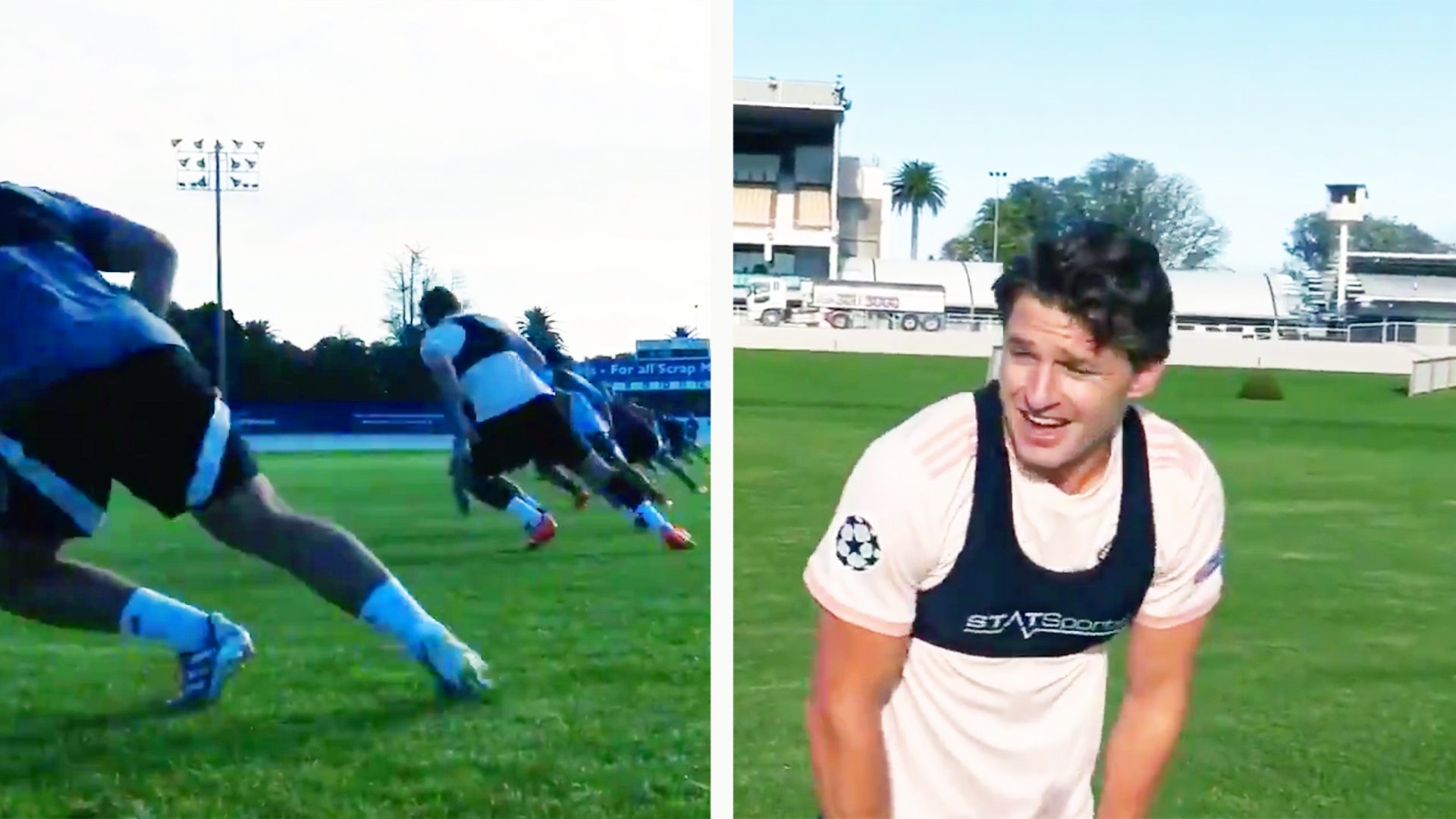 Beauden Barrett is setting tongues wagging in Auckland as this new fitness training footage drops from the Blues.

The All Black utility back has clearly not let his foot off the gas over the lockdown period as we can clearly see from these training clips.

The Blues returned to training recently in preparation for the upcoming ‘Super Rugby Aotearoa’ fixtures featuring the New Zealand sides.

The players trained as a group whilst attempting to keep a social distance from one another as well as having their temperatures checked on arrival.

The votes are in, and after two months of polling, the RugbyPass Straight 8 Fan Vote World XV has been finalised.https://t.co/v12oIruXnh

Blues players have reportedly been in awe of the impact Barrett has made since joining the Blues and you can see why in this training video.

In the new footage, we see the Blues players take part in what is the dreaded ‘Bronco’ fitness test.

This consists of running consecutive shuttles over 20m, 40m and 60m distances. You can sense the tension from the players in this clip before the testing begins.

The World Champion All Black who scored in their World Cup final victory over Australia in 2015 has been at the top of his game in recent years and has recently been named as fly-half in Rugby Pass’s fan-voted World XV amidst fierce competition from the likes of Handre Pollard and Finn Russell.

It’s clear to see from this footage why the Blues man is seen as the worlds best with these incredible fitness levels.

Below is the video of Barrett’s record-breaking display at training recently.

Barrett will face his old side the Hurricanes in the first round of Super Rugby matches on the 14th June.

The matches are due to be played in closed-off stadiums.

With these levels of fitness, it looks like Barrett is going to be unplayable!