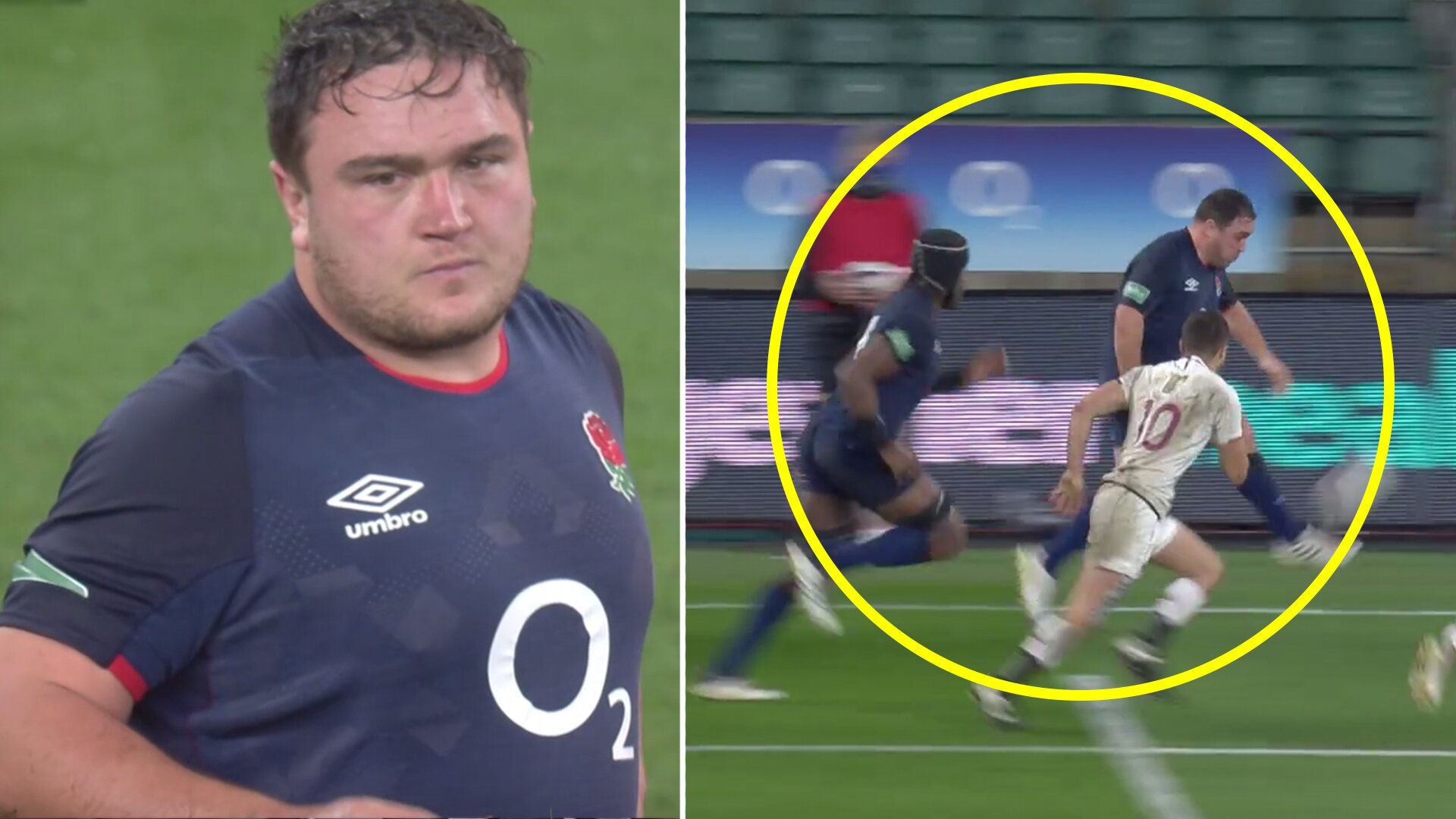 England hooker Jamie George grabbed all the headlines this weekend with his hat trick of tries for England this weekend. But the 3 tries only showed a small amount of the incredible work that he did around the ball.

George, the Saracens hooker was instrumental for England as he scored three tries for the team donned in blue today.

Here was his first try.

In rugby, the front rows are not always seen as the most flexible or diverse in a group. Actually, they can sometimes be seen as quite slow and cumbersome.

But George appears to show much more than that.

In this game, he displayed the power and dog that is needed in a front-row forward. However, he also showed moments of incredible skill.

One moment in the match shows the hooker get the ball down the left-hand side of the field before he decided to kick and chase the ball himself.

He was comically not fast enough to keep up, but it displays just how skilful the 27-year-old is for England.

What other hooker do you know that can kick like this…? #AutumnNationsCup pic.twitter.com/FDVFoPgxcN

Can we think of a hooker in World Rugby who has a similar set of skills to the England front row at the moment. Not likely.

The only person who we think could nearly compete would be someone like Camille Chat, he can carry, scrum and get down with it. The neck of course is a big factor too.

England will take on Ireland next week in a game which will be a significantly tougher test than this.