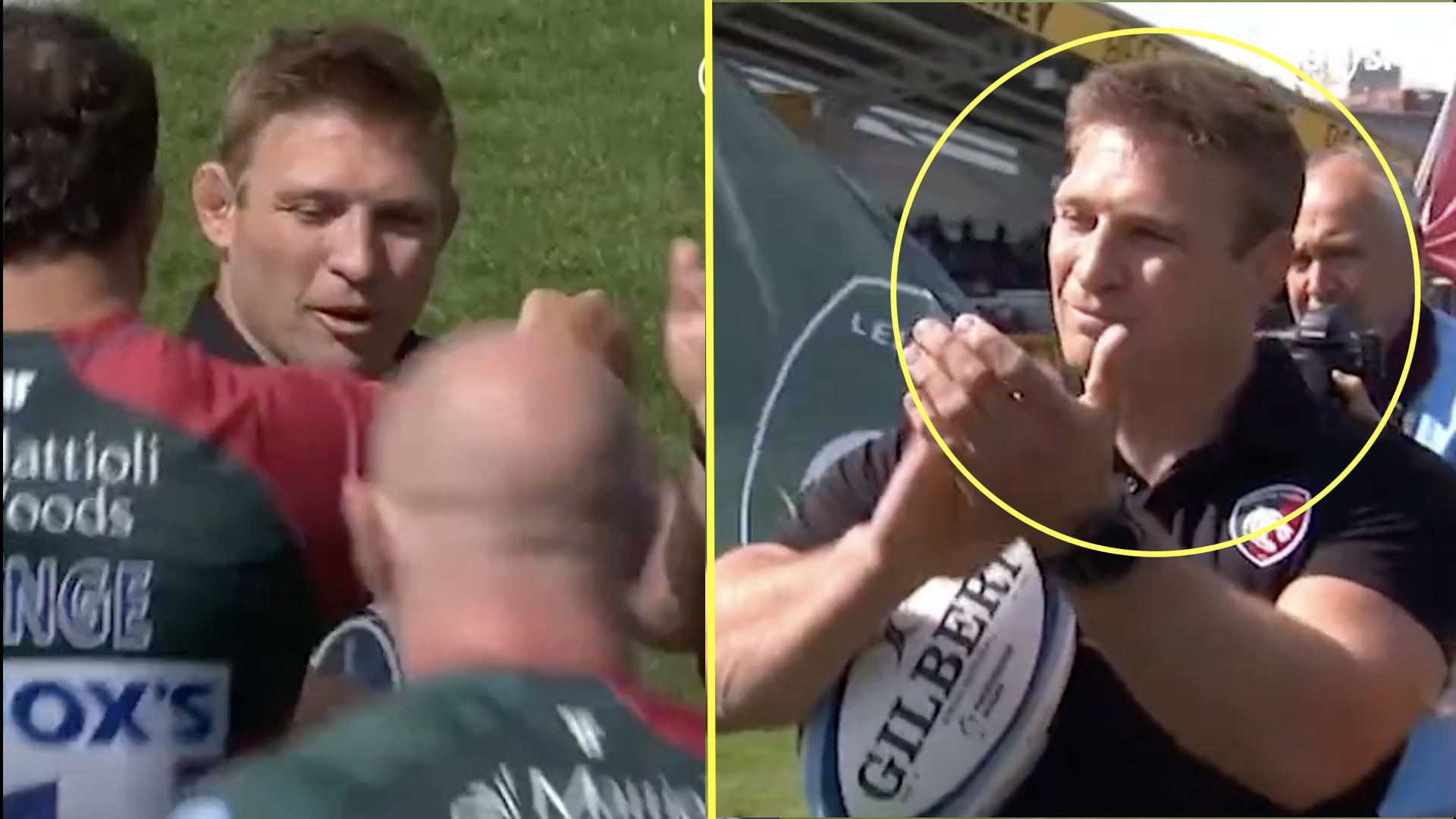 Leicester Tigers fans gave their former captain Tom Youngs a send off he will surely remember for the rest of his life after he led the team out on Saturday after announcing his retirement on Wednesday.

The former England and British & Irish Lions hooker stepped away from rugby in October for personal reasons, and confirmed this week that he will retire fully at the end of the season, and was given a send off befitting a player that has played 215 times for the Tigers, 98 as captain, with only Martin Johnson skippering the English giants more than the 35-year-old.

Youngs walked the Tigers out at Welford Road on Saturday ahead of their match against Bristol Bears, and was met by a standing ovation by every person in the stadium for a minute and a half, all of whom surely recognise what a servant he has been for the club.

He said in a statement this week: “I had always planned around this season being my last and I am comfortable with the timing of it now,” he said in the Leicester statement.

“I have no regrets and, looking back, am proud of what I have achieved at the only club I ever wanted to play for.

“I want to make special mention of all those who I have worked with at Leicester Tigers, led by Chairman Peter Tom, who has been a great supporter of me and my family on and off the field.

“Most of all, I want to thank my family for all that they have done to help me achieve what I have been able to do throughout my career.

“My mum, my dad, my brother and all of my extended family, I am so lucky to have them.”

Youngs was also treated to seeing his side come away with a comprehensive 56-26 victory, helping them secure a home semi-final in the Gallagher Premiership with two rounds remaining.

Leicester head coach Steve Borthwick said after the match: “We’re really pleased with the result, pleased with the way the team started the game and found a way to pressure the opposition, but there’s plenty to improve on, particularly in the second half.”