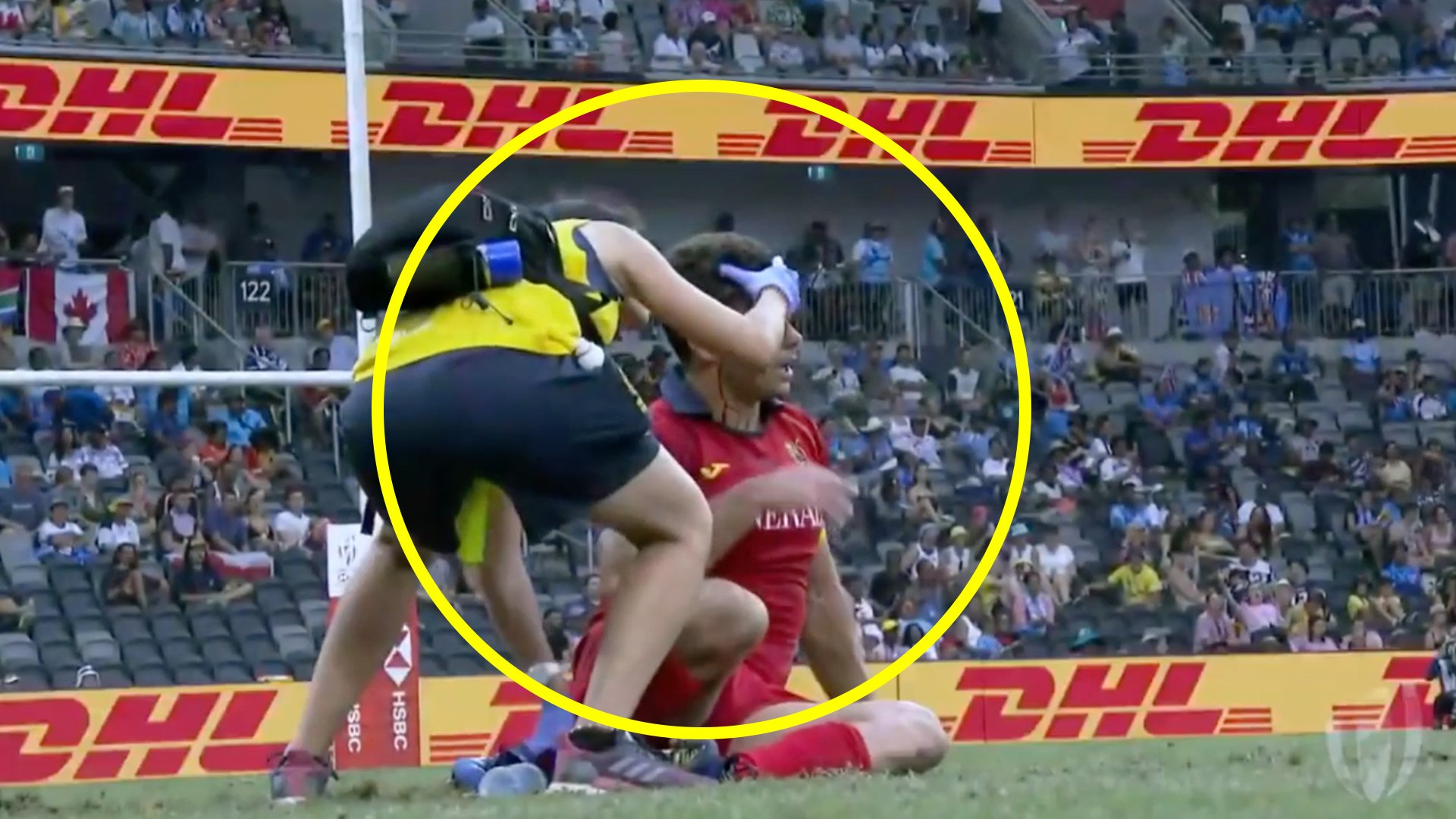 An injured rugby player has amazed and divided rugby fans in Australia this weekend after he made the decision to put his own personal safety to one side for his team.

Spain was playing Japan in the Sydney Sevens this weekend when this incident happened which is dividing the rugby world.

In the match, a Japanese player managed to make a completely clean break through the Spanish defence, and a try looked certain for the player.

The Japanese player is circled below… At the same time, one of the Spanish players on the pitch was injured and receiving medial attention from a physio. The player that was injured was bleeding from his head and could very well have been concussed in the injury.

The player was definitely badly injured. What amazes us, is that when the player spots the Japanese player that has made the break, he instantly decided to push the physio away and make an incredible try-saving tackle. Incredible to see!

The player disregarded his own safety to help his team not concede a try.

The player left the physio and managed to completely blindside the attacking player to save the try. Many rugby fans online are praising the Spanish player for his bravery when injured in stopping the tackle. But others are not so sure about it.

Some fans online think that it was wrong for the player to tackle the player when he was down, claiming the the player that made the break had no idea that he would be rejoining the field of play.

The tackle itself was ferocious, add that with the fact that the Japanese player had no idea that he was there and it makes for a spectacular hit.

Here is the incredible clip of the moment he disregards his own safety for his team.