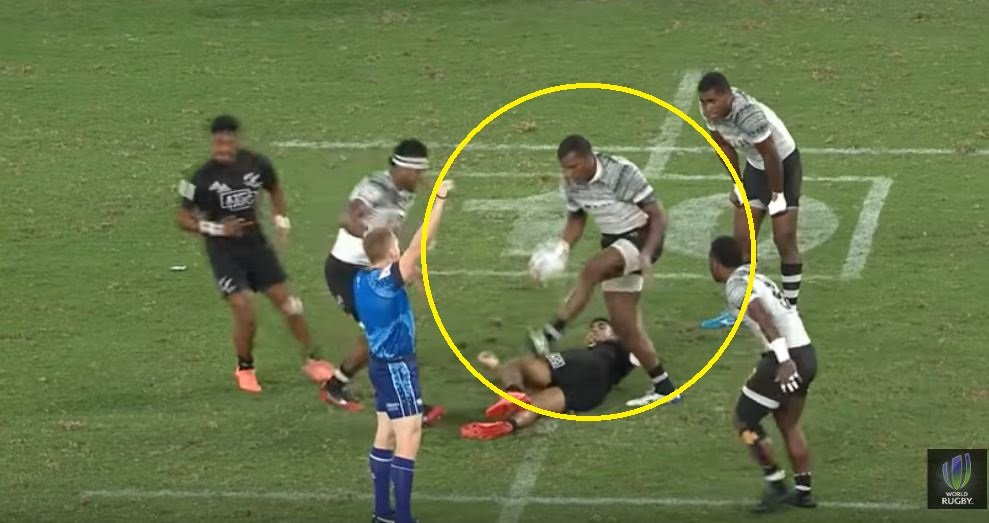 The moment Fiji all but ended the All Blacks 7s

A pulsating end to the opening day of the HSBC Sydney Sevens saw Fiji beat defending champions – the All Blacks – 26-5 to join hosts Australia, England, South Africa and USA as the only teams with a perfect record at Bankwest Stadium.

Fiji’s victory, their sixth in a row when the sides have met in the pool stages on the HSBC World Rugby Sevens Series, sees them top Pool A from their greatest rivals New Zealand, who would have qualified for the semi-finals with victory.

South Africa also bounced back from a disappointing event in Hamilton last weekend to become the first team to confirm their place in the semi-finals in Sydney as Pool B winners with a game to spare, as even if the Blitzboks lose to Samoa, they would still finish above a victorious France or Argentina on the head-to-head rule.

Australia and England sit top of Pool C and D respectively, the hosts only on points difference from USA. The Australians raised $15,000 for the Red Cross Appeal supporting those affected by the recent bushfires by scoring 10 tries in victories over Scotland and Japan.

Rugby Australia, World Rugby and partners are each donating $500 for every try scored by the Australian men and women in their home event, so with the 11 tries scored by the women’s team in their two matches, a total of $31,500 was donated on day one.

The pool stage concludes on Sunday after which the four pool winners will progress straight to the Cup semi-finals. The other teams will go into play-offs to determine the rankings from fifth to 12th.

This comes as this season’s two-day combined men’s and women’s events are played across a new and exciting format to ensure that both men and women play under the same conditions over the entire tournament.