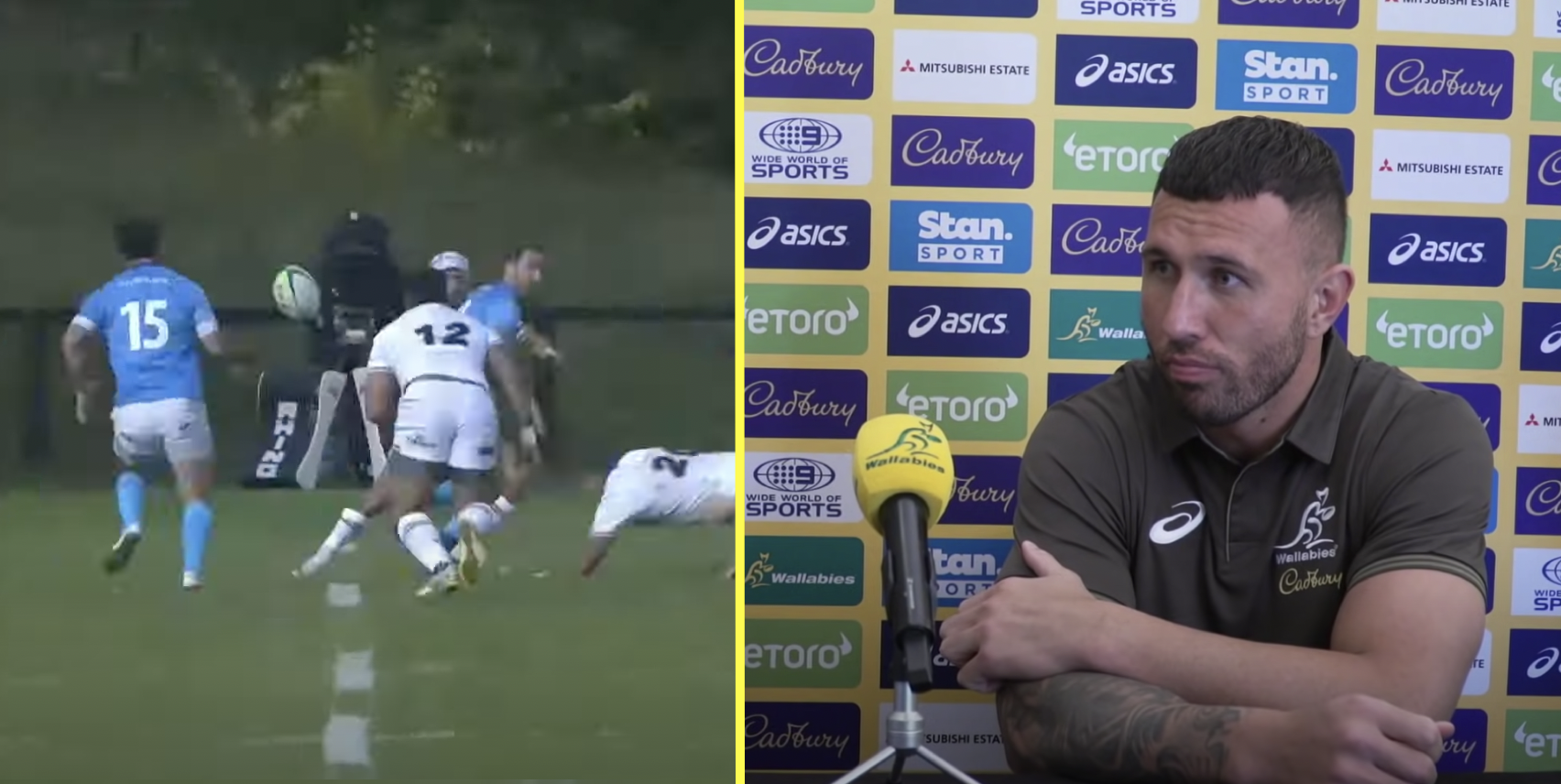 While all the rugby world were led to believe that Quade Cooper was not playing for Australia during November due to his return to Japan to team up with his club Kintetsu Liners, he has actually been playing for Uruguay in disguise.

This would be an easy mistake to make after watching Uruguay take on Romania on Sunday in Verona. Winger Gaston Mieres could have fooled anyone into thinking he was actually the Wallabies No10 in disguise with his slick one handed pass to set up a try for fullback Rodrigo Silva. All that was needed was for Mieres to pull off a mask at the end of the game and show that he was in fact Cooper. Or maybe Mieres has been wearing a Cooper mask all these years for the Wallabies?

Despite this try, Uruguay went on to lose the match 29-14. While this is a setback, spirits will still be high in the Uruguay camp after they qualified for the 2023 World Cup last month with a two-legged victory over the United States.

It was therefore a double-whammy of losses for Cooper on Sunday, as both Uruguay lost to Romania and Australia lost to Scotland at BT Murrayfield.

These were the teams for the match between Romania and Uruguay: