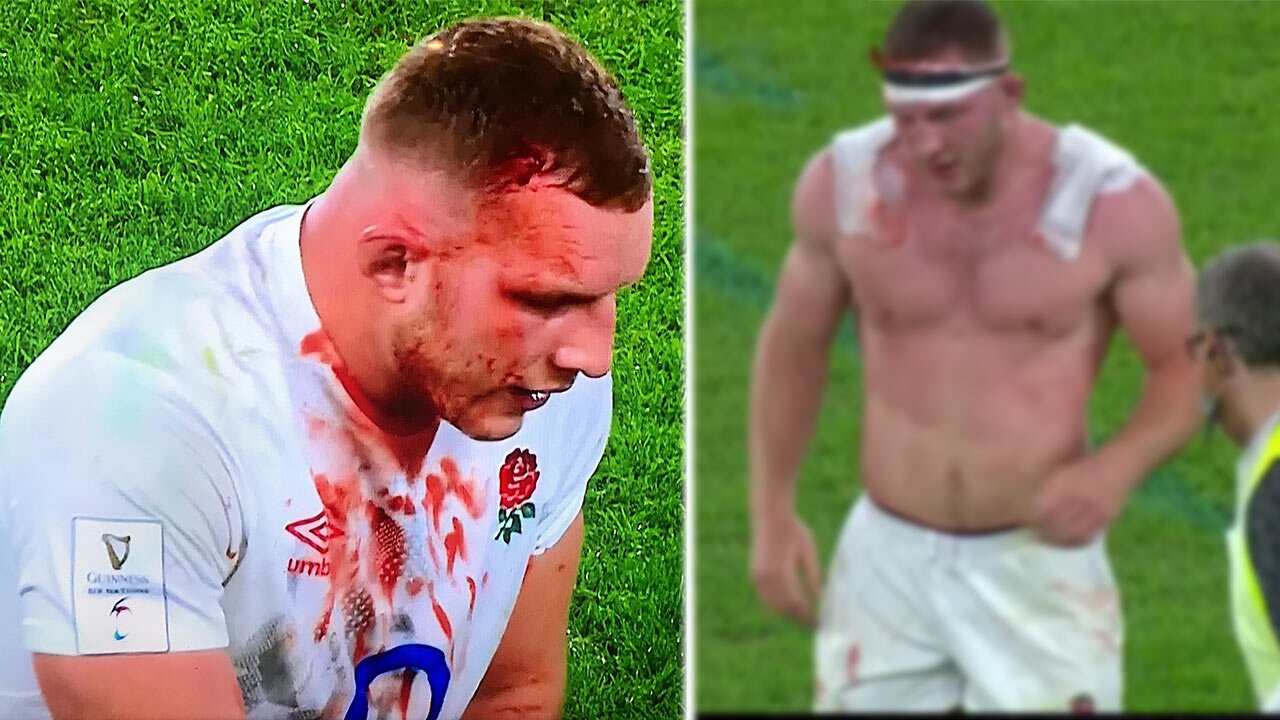 Rugby fans are losing it over Sam Underhill and his sensational rig which he showcased in their Six Nations match again Italy. Honestly, ruined my day.

The England flanker had to change his shirt after blood was pouring from his head after a tackle with Gloucester forward Jake Polledri.

Fan were then commenting on the massive rig of the Bath back row after he changed his shirt.

The 24-year-old is known for being one of the most muscle-bound rugby players in the sport, with a body similar to the Pale Orc in the Hobbit.

Sam Underhill looking like some proper unit after losing a lot of muscle weight during lockdown.

For a break to the scheduled Lockdown programming, put the rugby in now ladies. Sam Underhill is covered in blood with his shirt off!

England needed to win the match against by four tries in a resounding win to give them any real chance of coming away with the Six Nations title.

Italy started the match with a fly-half who only had 5 senior appearances going into the match which really does show just how young this Italian team was. It looks like it didn’t completely pay off today!

Ireland take on France this evening directly after this match, they will be hoping that they can get a resounding win as well to win the Six Nations title for themselves.

Just check out the body that Sam Underhill has put together recently, what a rig!