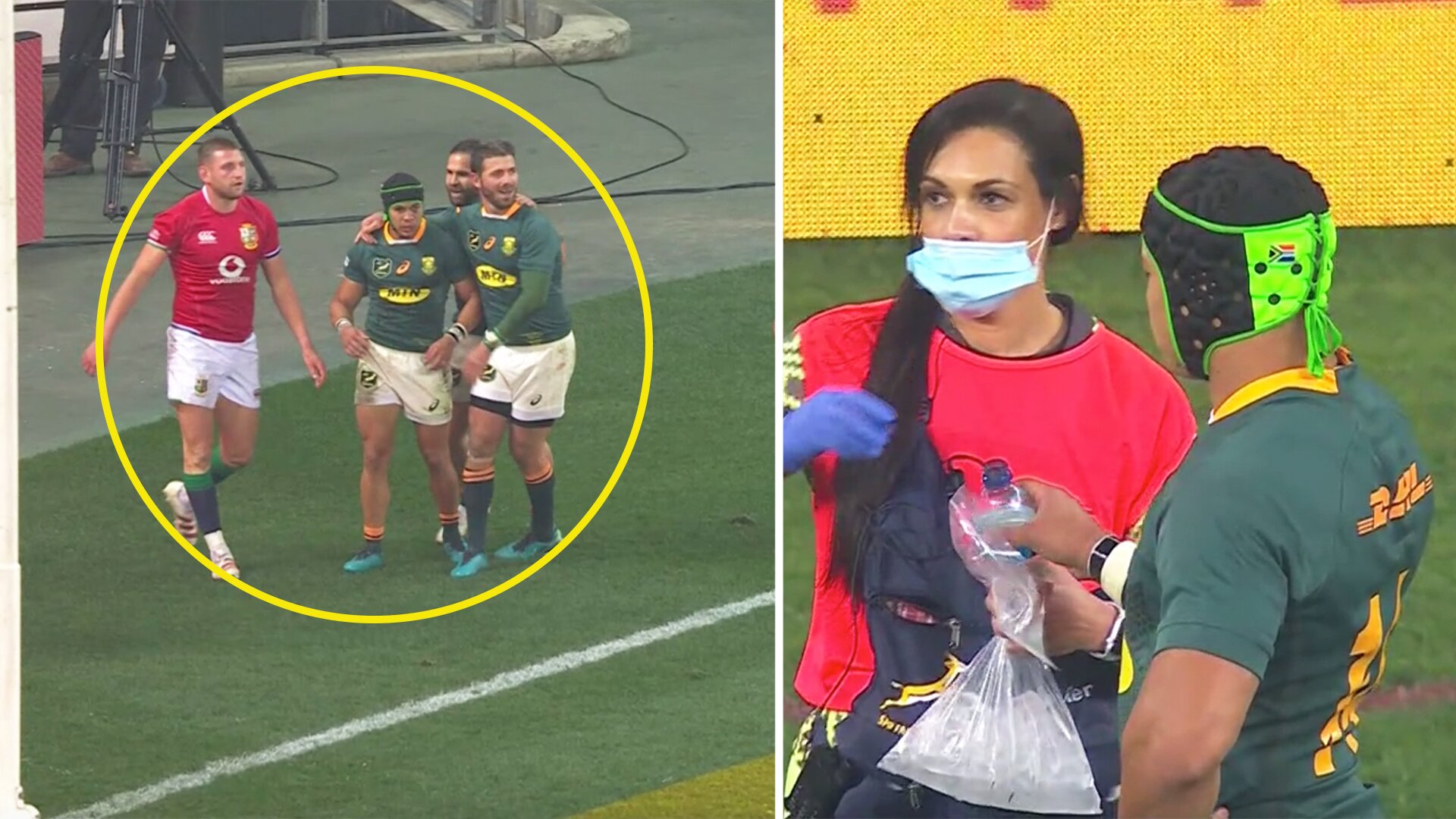 It’s almost a week since the British and Irish Lions series ended. With Cheslin Kolbe picking up Man of the Match in the Third Test decider – but he could be picking up a bit more than that as this new investigation is opened.

The 27-year-old scored a fortuitous try on the weekend that shaped the result in the decisive series encounter.

New evidence, however, has emerged that puts has put all credibility of this tour into jeopardy.

The Rugby Onslaught Investigation unit has uncovered a sickening and shocking moment that occured in the run-up to Cheslin Kolbe scoring his only try of the test series.

The fact that no South African commentators (or the South African TMO) did not pick up on this moment leaves a very sour taste in the mouth. We are confident that World Rugby will launch their own investigation into this moment leading to either a citing or perhaps an overturning of the series completely.

here was the moment that our team spotted in the clip below.

As you can clearly see in the clip, Cheslin Kolbe dives over to score before hitching his heel back to connect with Finn Russell’s groin.

Cheslin Kolbe avoided a red card in the 2nd Test for a revolting tackle in the air on Conor Murray, but this moment is even worse and you’d expect at least a lengthy ban once this investigation reaches its conclusion. 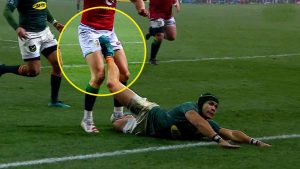 There was a moment of stunned silence at RO HQ when a young intern pulled up this enhanced clip onto the communal mega screen. Many of us couldn’t believe our eyes that such a shocking moment of foul play was missed by seemingly everyone.

It’s testament to Russell that he got straight back up from the sickening challenge to play on without a word of complaint.

The question now turns to whether the series result will be fully overturned or played again in another tour decider during the Springboks upcoming Rugby Championship run.

A feasible solution could be for the Springboks to fly to the UK to play a rematch of the Third Test at Twickenham as a midweek test in a weeks time after their game against the All Blacks.

They could then, reasonably, fly back to the Southern Hemisphere to resume their Rugby Championship campaign.