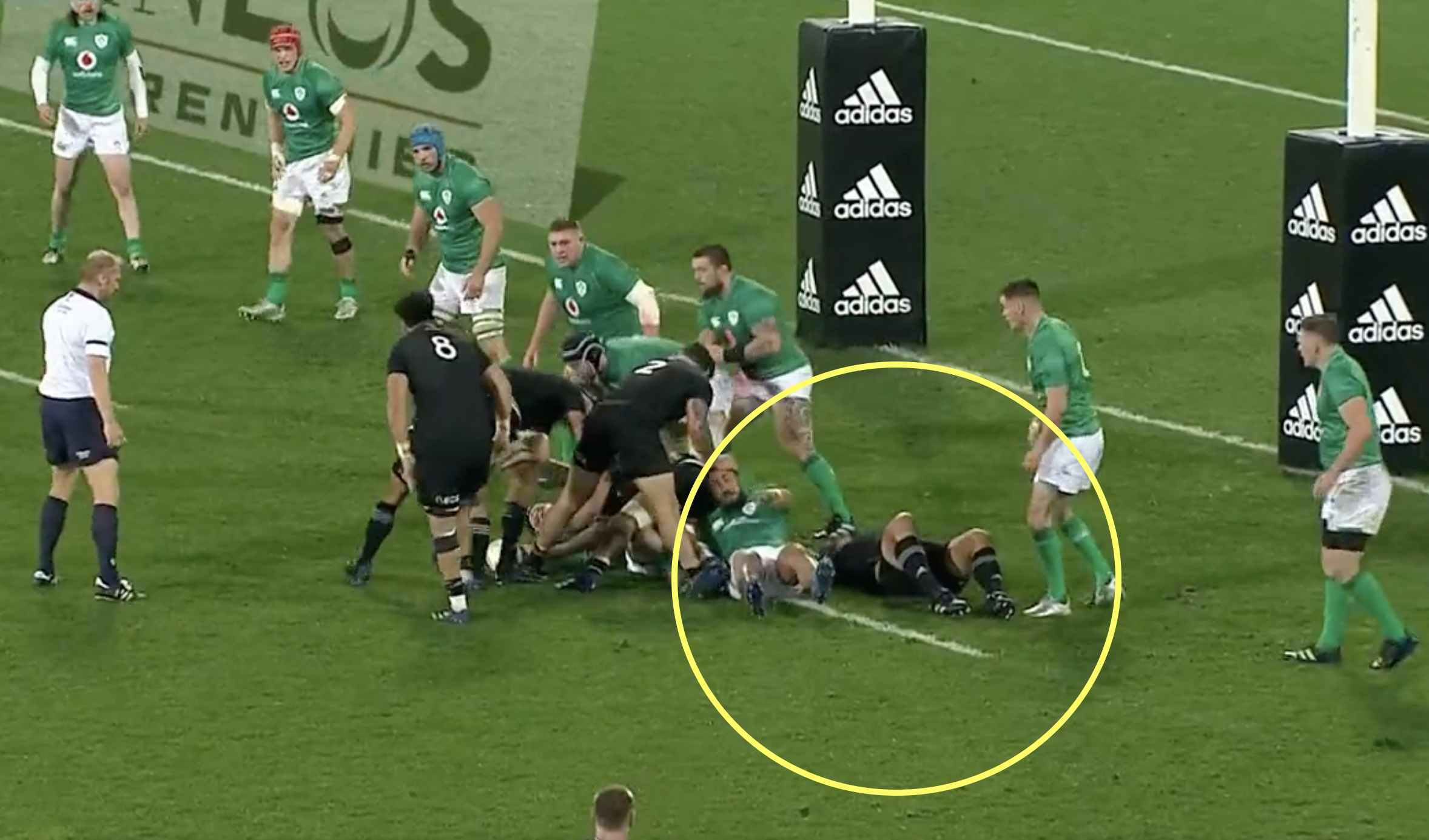 The tables have turned in the third Test between Ireland and the All Blacks, as it is now the visitors who have been punished for illegal tackles, but have also got away with one as well.

Of course, it was tighthead prop Angus Ta’avao who was in trouble last week after a head on head collision with Garry Ringrose, and he was sent off for that. This week it was Ireland’s loosehead Andrew Porter who was yellow carded for the same offence (which has proven to be controversial online).

But one of the talking points of the first Test in Eden Park was a dubious challenge by Scott Barrett, where he seemed to make contact with the head of Peter O’Mahony in the closing stages with a clear out at a ruck. Well this week in Wellington the tables have turned again as it was Ireland who got away with what looked to be a red card offence.

Bundee Aki was the perpetrator, who made direct contact to the top of the head of All Blacks prop Ofa Tu’ungafasi in a clear out in the build up to the All Blacks’ first try of the second half. There was absolutely no doubt that there was contact to the head, so much so that Tu’ungafasi needed to go off the field for a head injury assessment, which he failed. Despite this, it was not checked by any of the officiating team.

The strangest thing about this clear out by Aki was that the ball was pretty much out of the ruck, so it had absolutely no effect on the game. It was unnecessary and extremely dangerous. He might be cited in the wake of the match, but the All Blacks will feel hard done by that there was not a red card on the field of play.

Take a look at the clear out:

! Savea POWERS over the line for New Zealand! #NZvIRE pic.twitter.com/HzYo7MXPIk