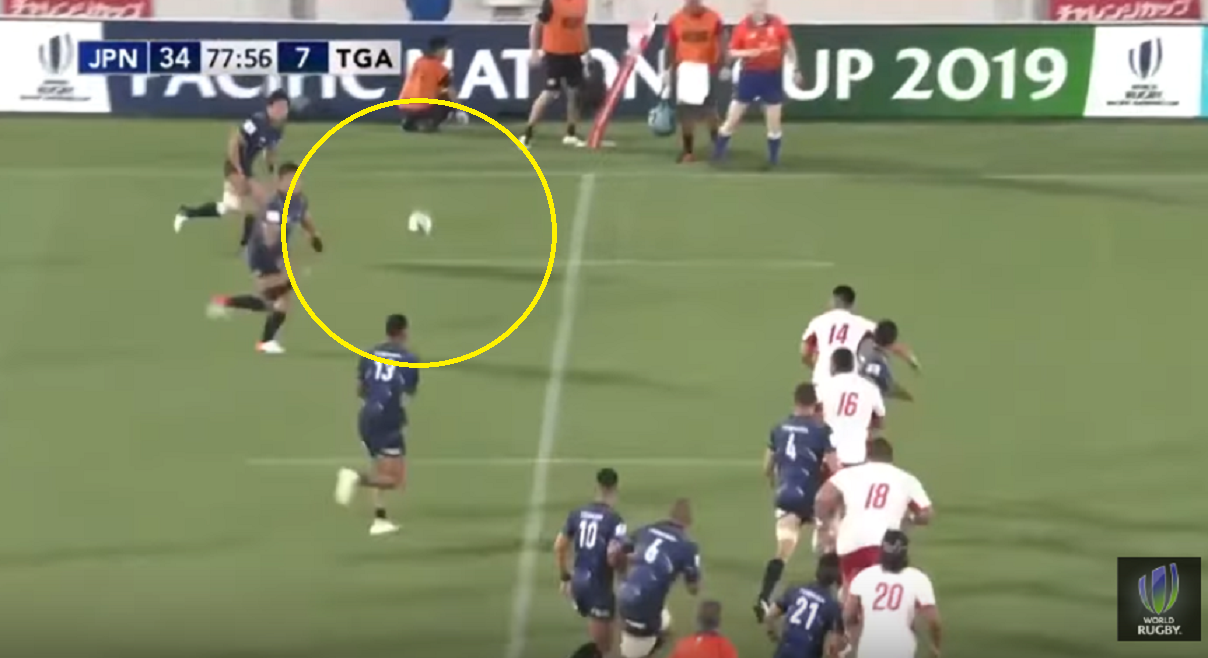 Kenki Fukuoka beats two players to speed to Japan’s final try of the match as they beat Tonga 41-7 in the World Rugby Pacific Nations Cup.

Japan and USA have maintained their unbeaten starts to the World Rugby Pacific Nations Cup 2019 to set up a title decider in their final match in Suva next weekend.

AJ MacGinty starred for USA, kicking a last-minute penalty, and Rugby World Cup 2019 hosts Japan maintained their winning records with victories over Samoa and Tonga respectively. Fiji were the other winners in round two after overcoming Canada.

Japan and the USA will now face each other in a winner-takes-all meeting in Suva on 10 August to decide who will be Pacific Nations Cup 2019 champions.

The Eagles got round two underway with a slender 13-10 win over Samoa at ANZ Stadium in the Fijian capital as fly-half AJ MacGinty kicked his side to only their second ever win over the Pacific Island nation.

That result leaves Samoa second in Pool B, behind Japan who continued their preparations to host Rugby World Cup 2019 with a comfortable 41-7 defeat of Tonga at a sell-out Hanazono Rugby Stadium.

The venue, which will host four Rugby World Cup matches, demonstrated its readiness for the upcoming tournament, which starts on 20 September, welcoming a passionate crowd to cheer on the Brave Blossoms in their victory over Tonga. Hanazono is one of 12 host venues across Japan that will welcome fans from around the world next month for the most impactful Rugby World Cup ever, and the first to take place in Asia.

Meanwhile, defending champions Fiji, who are set to finish the Pacific Nations Cup empty handed for the first time since 2014 after a first round loss to USA, recorded their maiden victory of this edition with a 38-13 win over Canada at home.