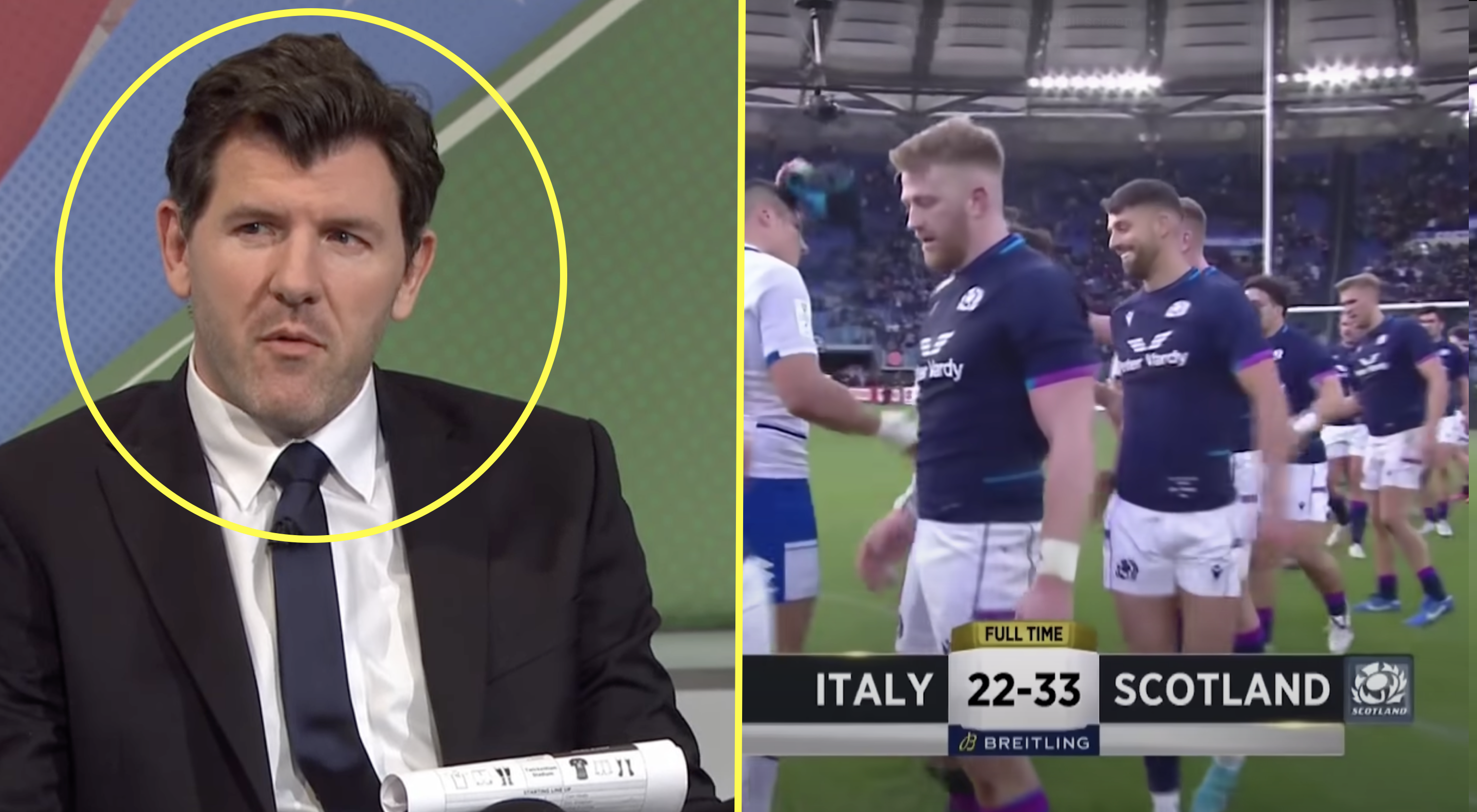 With Ireland hosting Scotland this Saturday in the final round of the Six Nations, there will be a lot of humble pie eaten by some pundits if the visitors come away with the win.

That is of course not likely, but some pundits in Ireland would be left red faced after all the stick they have given Scotland this Championship. Again after Scotland’s win over Italy on Saturday, Shane Horgan and Matt Williams were giving Gregor Townsend’s side an earful.

Matt Williams and Rob Kearney have probably been the most scathing so far this Championship, but on this occasion it was Horgan that twisted the knife.

“I sometimes listen to Hogg after games, it’s a very different interview from what you hear, for example, from an Irish player,” the former Ireland winger said.

“Yeah, it is pushing a pass because it’s Italy, but if you want excellence and you want to win against France, Ireland, Wales or England, then you can’t have those performances in that game against Italy. They were always going to win that game, they’re too good, they have too many good players, but as long as they continue to go ‘it’s OK, we’re pushing the pass and a few go on the deck,’ especially by their captain, then they’re going to be left in a similar situation when they come across those better teams.”

A win over Scotland will temporarily put Ireland at the top of the Six Nations table on Super Saturday, where they will have to await the result of Grand Slam-chasing France’s clash with England later that day to see if they win the Championship.