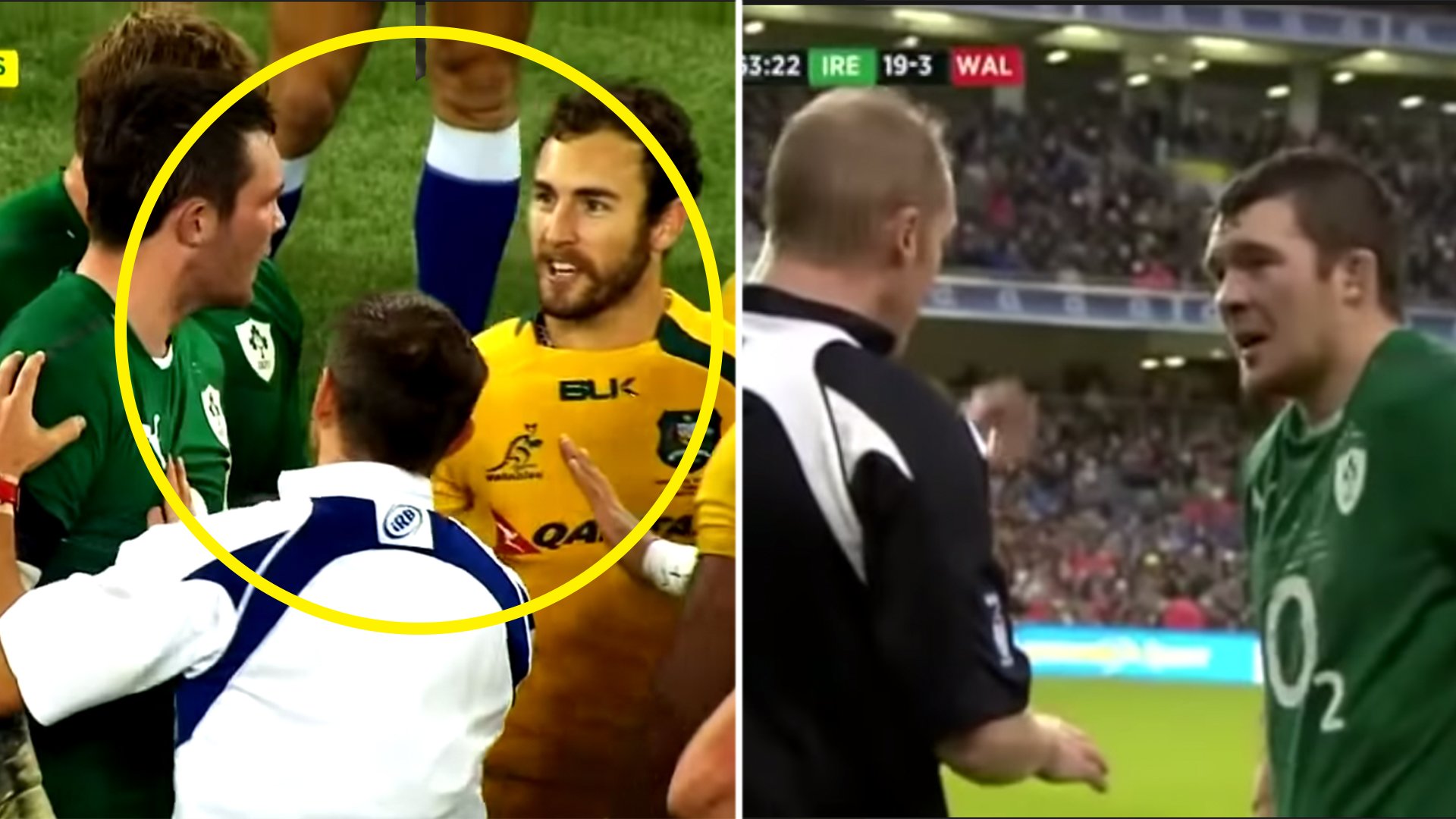 Irish rugby fans are not happy at all after a video was released this week painting Irish warrior Peter O’Mahony out as a thug.

A video was released this week online called “Peter O’Mahony | Rugby’s Biggest Thugs” and it shows moments where the Irish rugby captain acted in a ‘thuggish manner’.

Some of the clips that were included simply show the Irish player doing what he does best, fronting up.

The video has drawn strong criticism from rugby fans that do not agree with the portrayal of O’Mahony.

Are these really thuggish moments or just a player showing a lot of heart?

The video was made by Andrew Forde, a person who normally makes some brilliant rugby content online.

After the initial feedback for the video was negative, this was the response he put in his comments section…

To clarify, I’m a huge fan of Peter O’Mahony and I think he’s a tremendous player, I don’t think anyone else in World Rugby really plays quite like him at 6. I made this vid as it was requested to me by a subscriber, just like 95% of my other videos are requests from subscribers. If you don’t think Peter O’Mahony is a thug, then fair enough, that’s your prerogative. What I will say is if you look at the likes of Twitter and search O’Mahony’s name the tweets will often reference his willingness to start fights, he may well be protecting players but a lot of these instances are started unilaterally while other Irish players don’t seem to be as involved in conflicts anywhere near as often as him, there was enough content out there to make such a video, more so than most I’ve done, and I’d like to further add that being a thug isn’t necessarily a negative thing, in rugby quite often your team needs a thug, shithousery is always an interesting part of the game.

Personally, we think this isn’t enough. You can’t call someone a thug openly then say you’re a huge fan. Just our opinion here sorry Andrew!

Irish rugby fans would be disappointed!