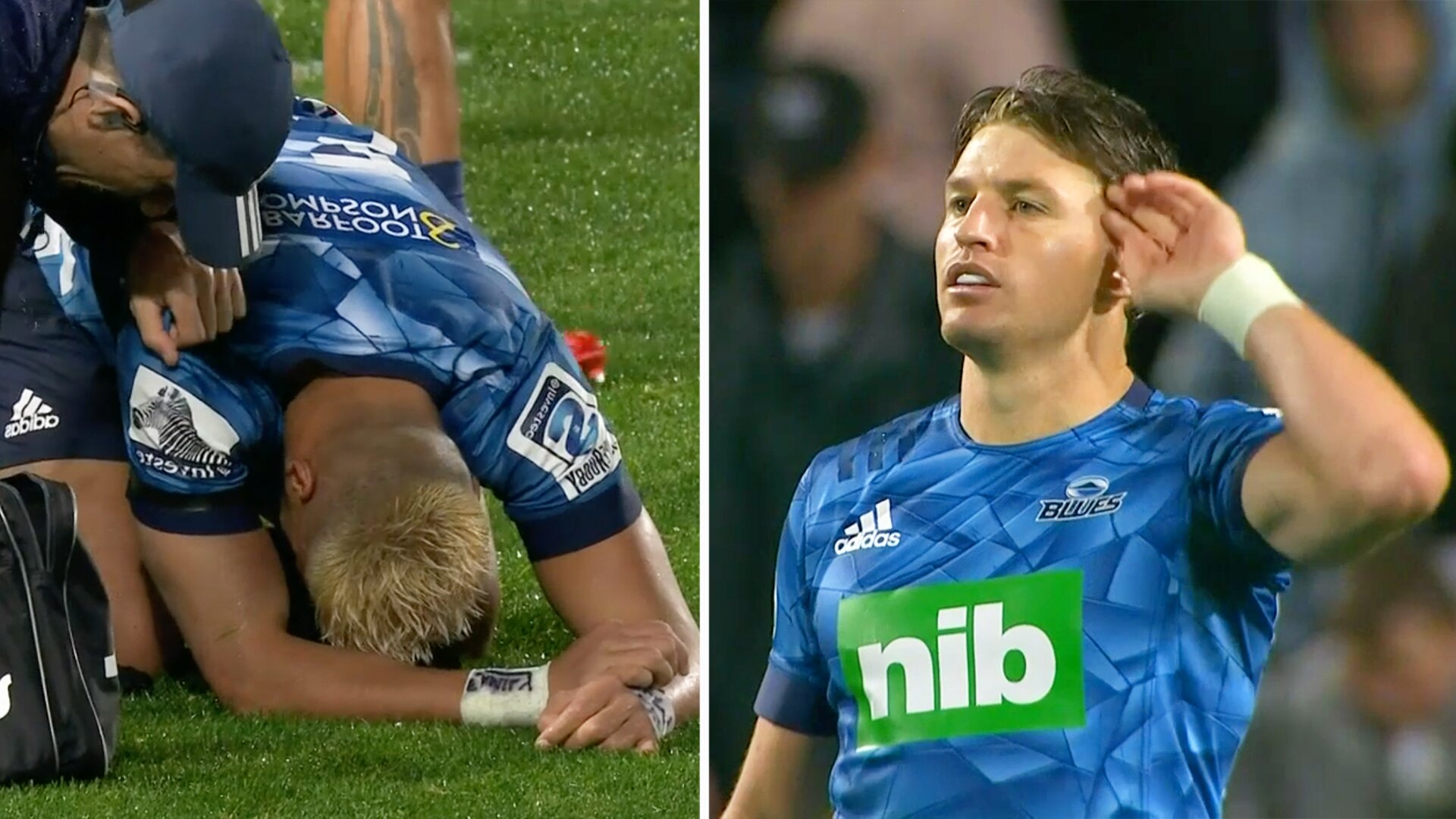 This sickening hit came from this morning’s Super Rugby match between the Chiefs and the Blues in Wellington.

The game had been a penalty ridden affair in a rain-battered Hamilton. This cheap shot occurred right at the start of the second half and it wasn’t pretty.

There were 22,000 witnesses to this piece of daylight thuggery

Great to see and hear over 22,000 fans in attendance at the Tron today🙌 #SuperRugby #CHIvBLU pic.twitter.com/0rVxfb0qQR

The yellow card moment happened in the 40th minute right after the break as Rieko Ioane gathered a deep kick off and looked to run it out from deep.

We see as the chasing defenders, in true Kiwi fashion, will stop at nothing to bring down the All Blacks winger.

The hit had mixed reviews from users on social media. With many putting the new rules at fault for the showing of the yellow

Only matter of time before a yellow card, ref has just said that.

What do you think? Would he have got away with this hit if it wasn’t for the huge penalty count in the first half?

We know what we think.

Watch the sickening hit below

Watching in real-time the cheap shot hit didn’t look all that bad but when the slow-motion replay comes in the full horror of this hit immediately becomes apparent.

Savage stuff – but let’s be honest… did we expect any less from the Kiwis?

Dan Carter has given an indication as to when he might appear in a game for the Blues, noting he has plenty of work to do before he steps onto the field.

The 112-cap All Blacks first five-eighth was a shock signing for the Blues ahead of Super Rugby Aotearoa, joining the team as an injury replacement after the Japanese Top League season was cancelled.

Speaking to Newstalk ZB‘s Martin Devlin, Carter admitted he had to play catch-up and it would be at least a month before he would even face the possibility of selection.

“I wasn’t expecting to play any rugby in 2020 when the Japanese season got cancelled, so my lockdown was a little bit different to the Super Rugby players; not as intense training-wise, so I’ve got a bit of catching up to do,” Carter said.

“Basically I just want to train really hard for a month, and then we can reassess exactly where things are at the end of that. If my body’s good I may be available for selection then.

“Whether I’m picked or not is going to be up to the coaches because they’ve got a lot of depth. I’m just waiting to try and contribute both on, but probably more off the field – at the moment I’m trying to get my body up to speed so I can be considered.”