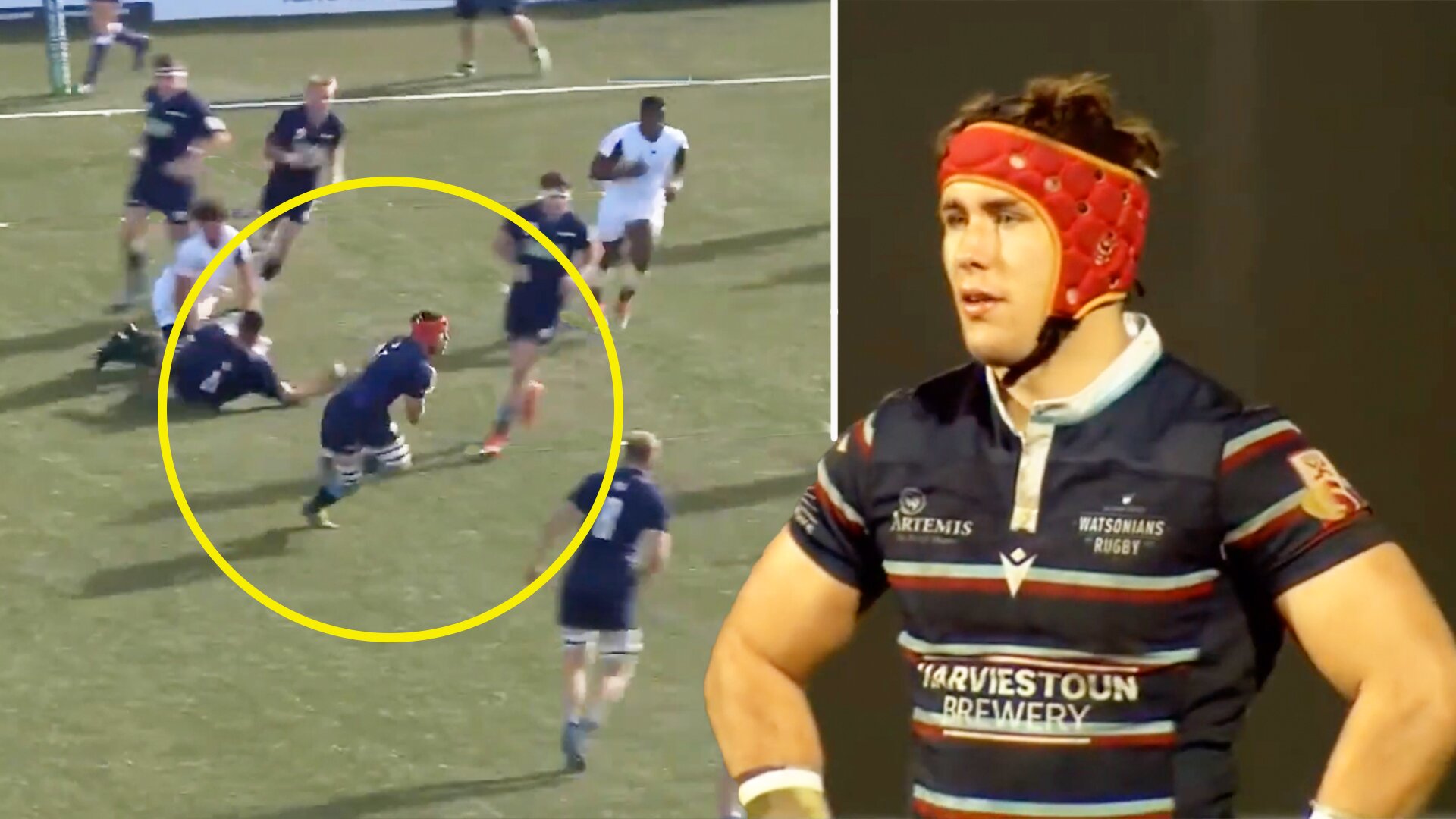 Is this Scotland’s answer to Sam Underhill?

The video, made by ‘AR Rugby’ has taken the internet by storm with many likening this back row as Scotland’s answer to Sam Underhill.

This boy’s the real deal

What immediately stands out, is the openside flankers phenomenal tackling ability.

We see as the 6ft1in back-rower dominated collision after collision with manic ferocity in a devastating defensive display. This reminds us of a similar video a few years back of England’s Sam Underhill in his breakout season for Bath.

It’s clear that this player knows how to bring the physicality to the big games.

Another Scot on the move

As the video rolls on we see even more impressive elements of the flankers game with a deceptively quick turn of pace as part of his potent running game.

If that wasn’t enough, Boyle also showed a brilliant piece of flair play in this footage against France.

We see as the Edinburgh man takes the ball out wide in space with little on. He takes on his defender on the outside shoulder before poking through a beautifully weighted grubber kick for his winger to chase. It falls into his hands perfectly setting up a wonderful score in the corner. This boy is special!

The 20-year-old has captained his country on many occasions, leading his side in the 2019 World Rugby U20 Championship.

Currently in the Edinburgh Academy, we can expect to see this young prospect lighting up the Pro 14 in the coming years.

What do you think about this up and coming star?

Watch the brilliant highlight reel below