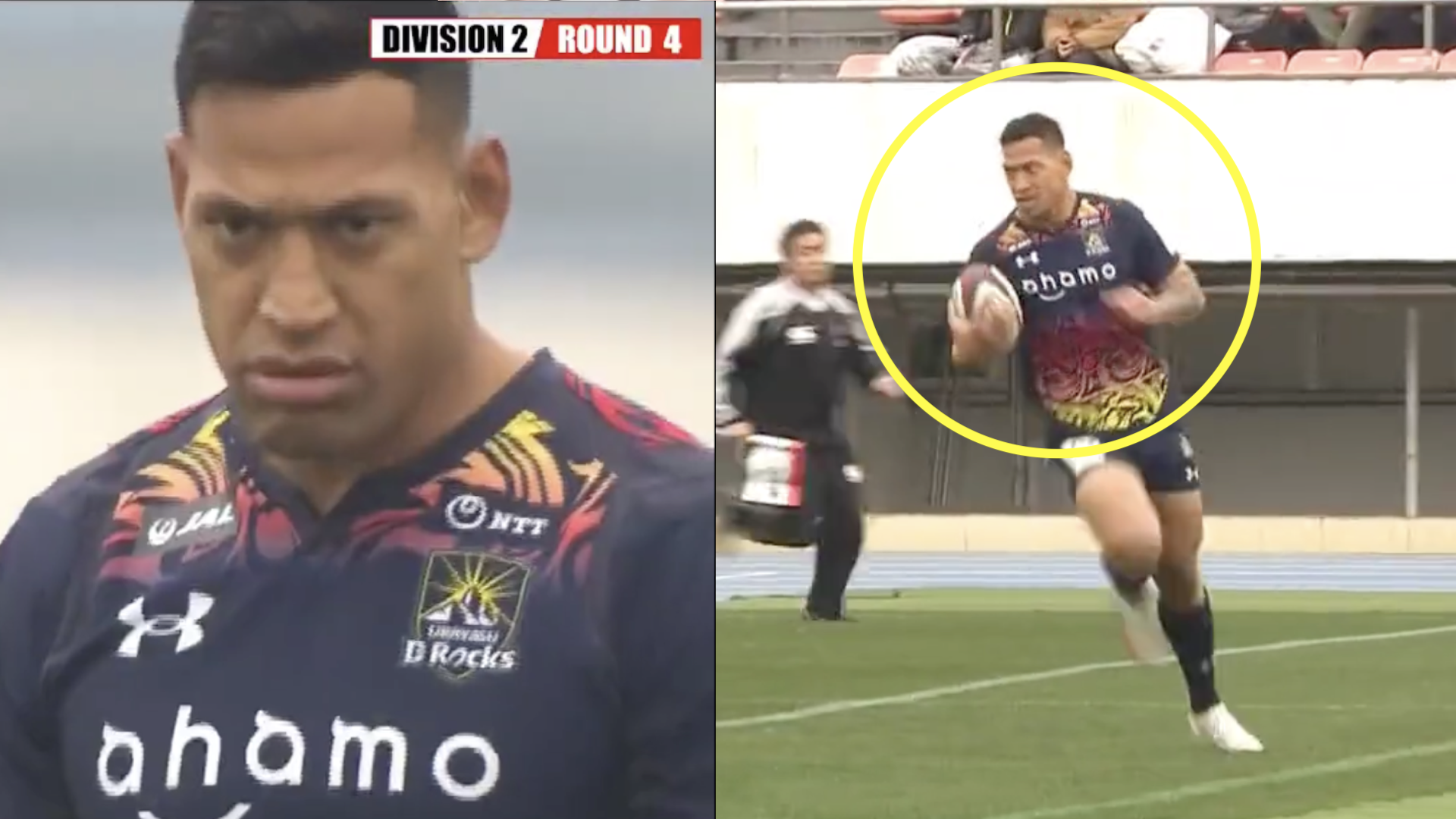 He might not be the most popular player on Earth, but there is no denying that Israel Folau can play rugby, and he is showing that with the Urayasu D-Rocks at the moment.

The Tonga fullback’s side sit at the top of Japan Rugby League One division two after three rounds, and they made an emphatic statement against Toyota Industries Shuttles on Saturday, with Folau bagging a try and assist. That only tells half the story though, as the former Australia international was more or less unstoppable across the 80 minutes every time he got his hands on the ball in what was a man of the match performance.

The 33-year-old has not played a huge amount of rugby over the last four years but still looks razor sharp in a World Cup year. He will no doubt be selected for Tonga and will add to his one cap already, and will feature in what could be a star-studded back line loaded with former All Blacks and Wallabies.

With Super Rugby Pacific soon starting, Folau’s record of 60 tries in the competition looks under threat, with the Hurricanes’ TJ Perenara only two behind.