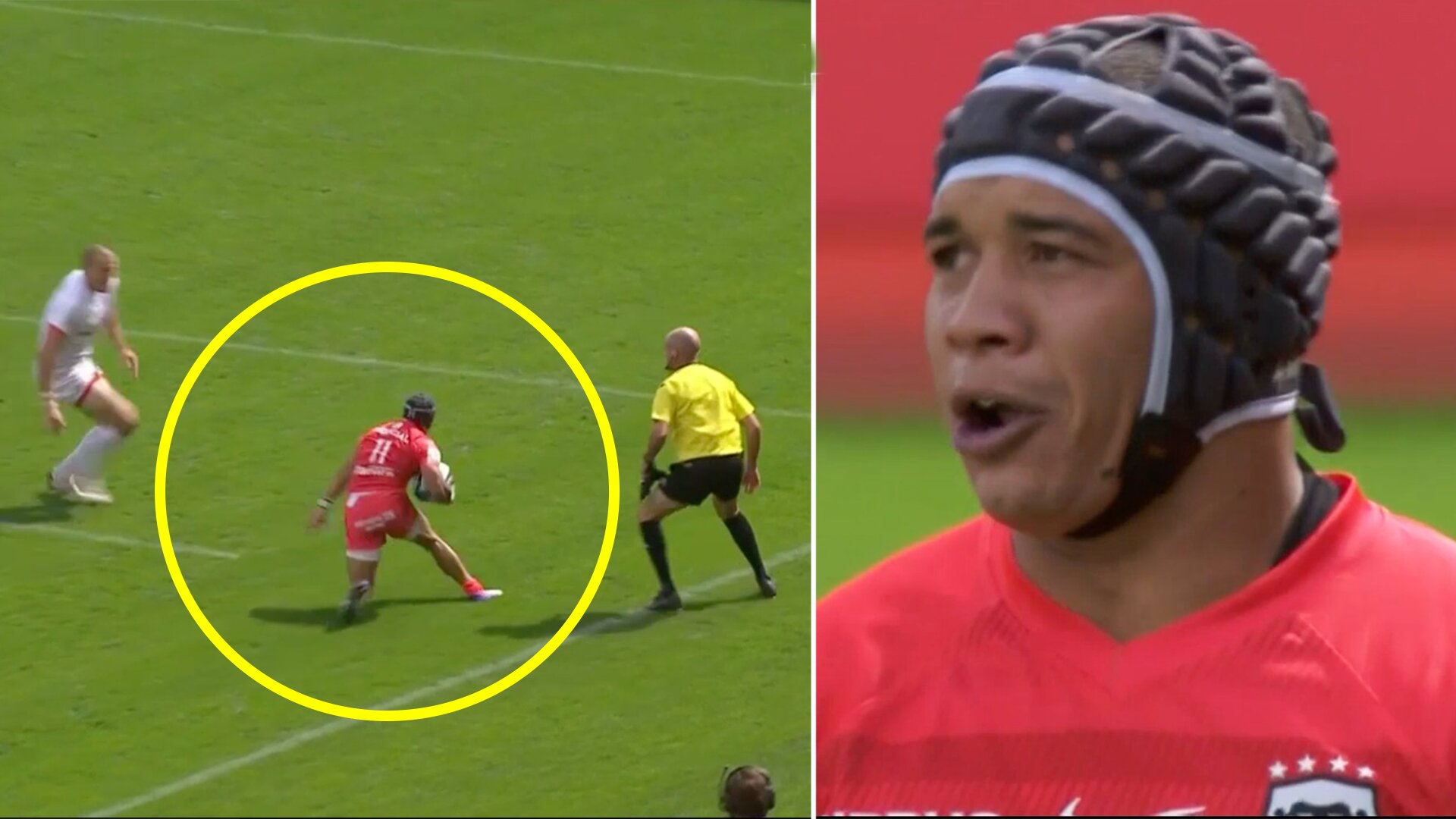 It has taken Cheslin Kolbe exactly 150 seconds to embarrass the Ulster rugby team in the Champions Cup quarter final. The Springbok star needed no time at all to set his mark on the game.

Toulouse enjoyed a big crowd in their clash against the Northern Irish team, and they will have enjoyed this incredible start from their star winger.

Fans are already raving about the work that Kolbe has done for Toulouse so early in this match.

Think Cheslin Kolbe and Antoine Dupont would be my two first picks in a global fantasy draft to select a team of great entertainers. As an aside, ALWAYS cracks me up when Wayne Barnes explains that the ball has been lifted by a scrum-half and jogs around like a t-rex for a bit. pic.twitter.com/jWbf780j5x

Wow Toulouse…. Kolbe in for a try after 3 minutes #ChampionsCup pic.twitter.com/Koh5o9X0T5

Only watching this game to see a Kolbe try. 2 minutes

Ghosts inside to take his try.

Not the first defender he’s skipped passed and will not be the last.#TOUvULS

Kolbe has made a name for himself in the rugby world for his destructive pace and speed. This step wasn’t as bad as the Owen Farrell one in the World Cup final, but it will be enough to give Ireland winger Jacob Stockdale a few sleepless nights.

Toulouse will be one of the hot favourites to win this Champions Cup title, as teams such as Leinster have been dumped out of the competition.

We are sure we will see more tries like this from Kolbe today and we will be updating you all with the latest scores which they get as the day continues.

“As soon as you get Cheslin Kolbe in space one-on-one, zero chance of defending it!”