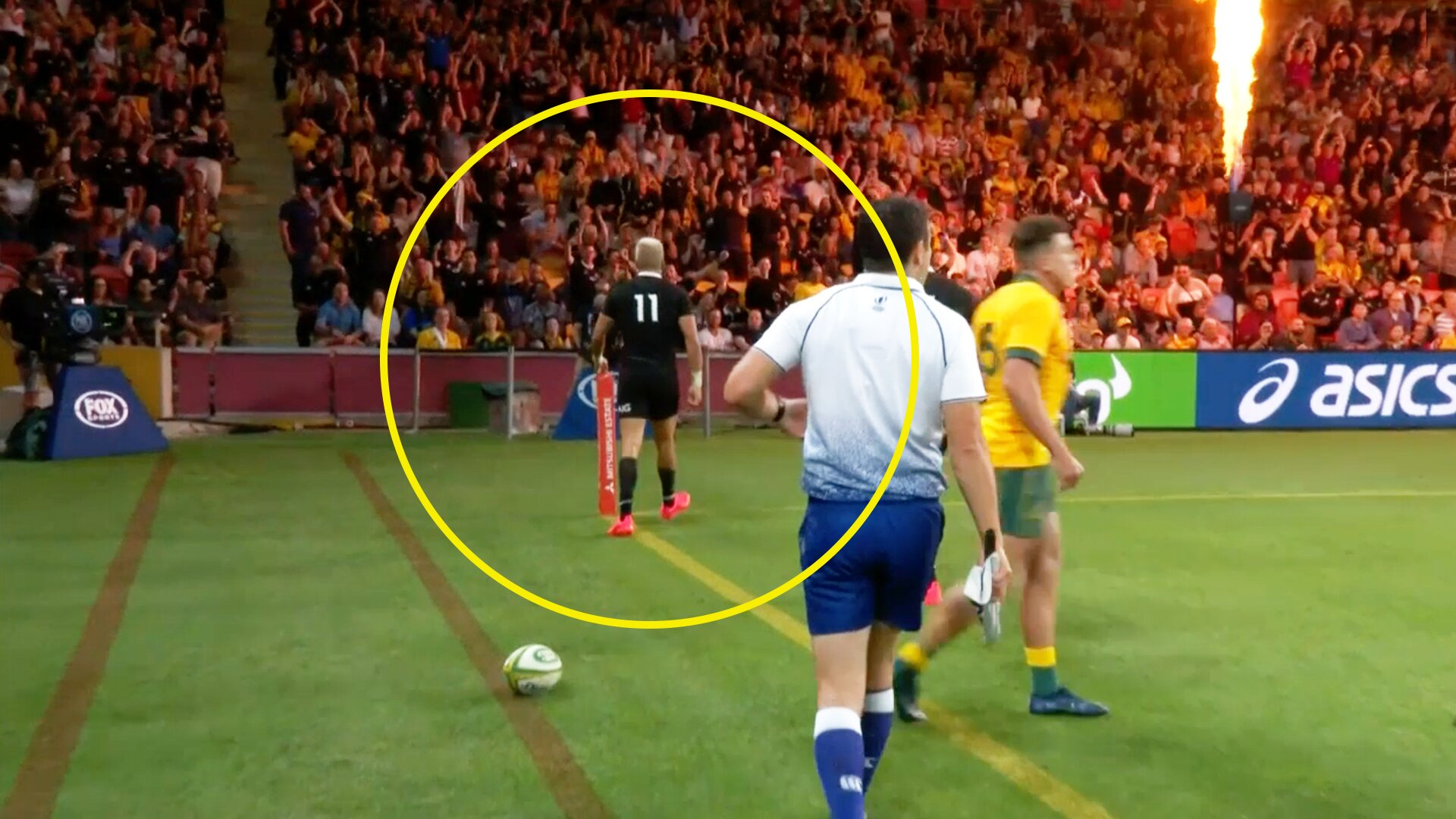 All Blacks winger, Rieko Ioane, was causing this stir this morning after more try-scoring exploits in this morning’s Bledisloe Cup clash against the Wallabies in Brisbane.

The first half of this encounter was a blockbuster showing with both sides scoring inside the opening ten minutes.

The Blues flyer scored a well-taken try in the corner – but it was his celebration that riled fans on social media.

The All Blacks have fielded an experimental side with the Bledisloe Cup wrapped up with Beauden Barrett starting at ten and Super Rugby star, Will Jordan, waiting on the bench to make his debut.

The Wallabies scored within two minutes with a brilliantly taken try off of an overthrown lineout.

What a start for the @Wallabies! An absolute beaut of a chip from Reece Hodge leads to a Tom Wright try on debut!#BledisoeCup #AUSvNZL pic.twitter.com/vYkBRYDim2

Only a few minutes later it was the All Blacks who replied with a brilliant try. Jordie Barrett did brilliant work in midfield to hold up the play before offloading in the tackle in wonderful SBW’s fashion.

We see as Rieko Ioane gets the ball out wide in space before finishing brilliantly.

Fans on social media were then outraged by the Rieko Ioane’s celebration. Watch in the video below.

Fans were angered by this try-scoring celebration and took to social media to vent their frustrations.

Weeks ago Ioane dropped the ball in the act of scoring resulting in a draw in the opening fixture of the Bledisloe Cup and it appears he’s sticking with this try-scoring technique despite the critics.

He’s back in his favoured No 10 jersey, and to celebrate Beauden Barrett on Friday showed off his incredible kicking skills to teammates during the All Blacks‘ final training session ahead of Bledisloe IV.

The All Blacks take on the Wallabies in Brisbane on Saturday night with Barrett at first-five for the first time in more than a year.

The 29-year-old replaces Richie Mo’unga, who gets a break following a man of the match performance in the third Bledisloe thumping of the Aussies in Sydney last weekend.

In a video posted to the All Blacks’ Twitter account and which you can see above, Barrett is seen lining up a kick from across the field at what seems to be Leichhardt Oval in Sydney, where the All Blacks have been training for much of the past two weeks.

The two-time World Rugby Player of the Year manages to land the ball in an open rubbish bin at least 70 metres away – to the rapturous applause of his teammates.