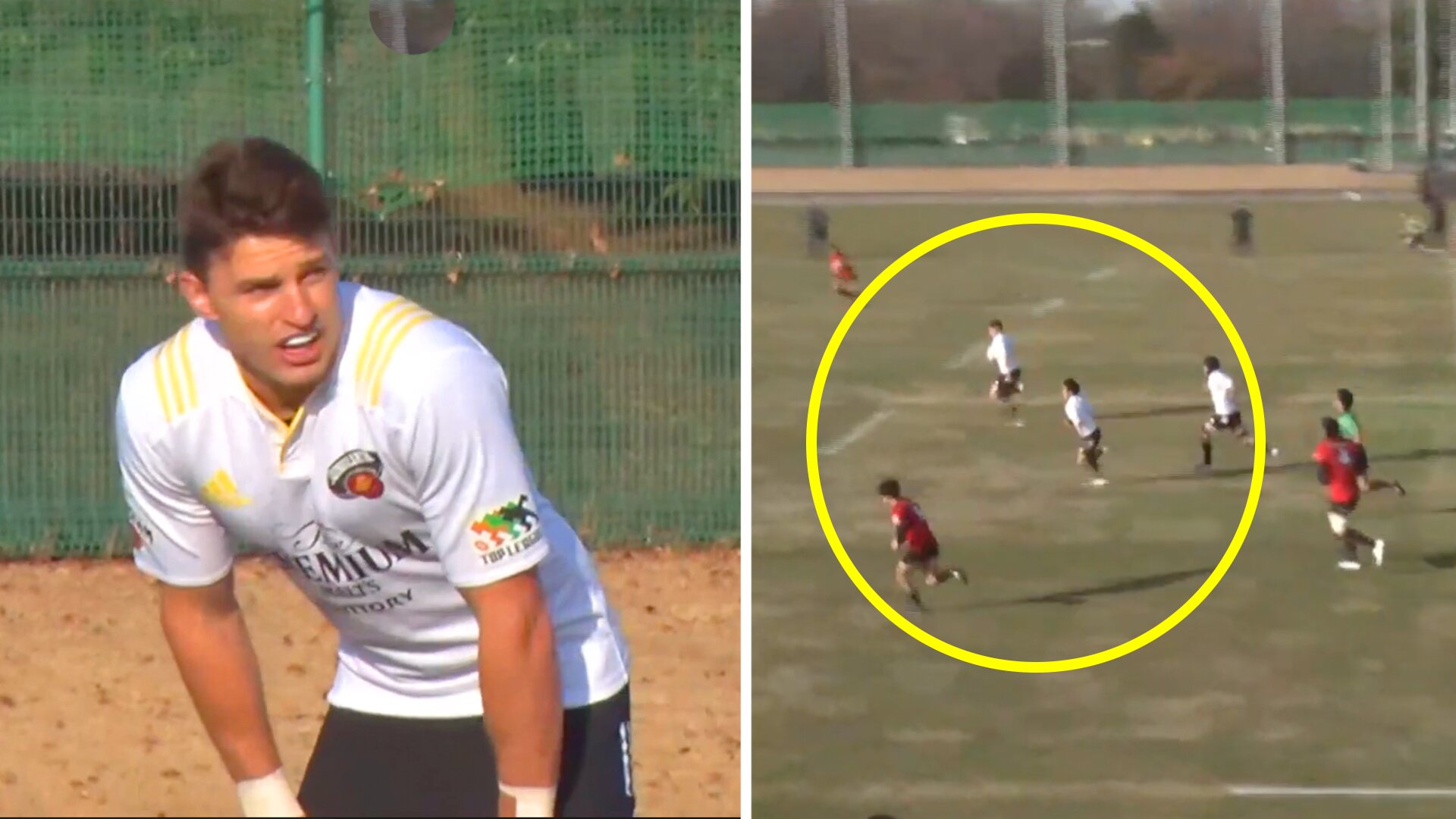 It has taken All Black rugby superstar Beauden Barrett just seconds to make a significant impact in Japan for his new club Suntory Sungoliath as he completes his move to the country.

The 29-year-old recently moved to the country as part of a lucrative deal in the country, where he links up with the likes of Samu Kerevi and Matt Giteau at the club.

He played in a training game on boxing day on his debut for the club, it is safe to say he will make an impact.

It is rumoured that the New Zealand rugby player could be paid in the millions for this lucrative short stint at the club. His contract allows him to play one year outside of New Zealand for the 2023 Rugby World Cup in France.

Last year, we saw the highest amount ever of elite rugby players in that country, mainly with the inclusion of Dan Carter grabbing many headlines.

Beauden Barrett touches down in Japan on December 15th, the club filmed his entire first day in the country.

Since then, it is clear to see that he has already made a big impact at the club.

He came on in the second half of a training game this weekend for the side as they played Brave Lupus. It took him just a few minutes to get onto the scoresheet as he made one of his trademark runs through the middle of the opposition defence.