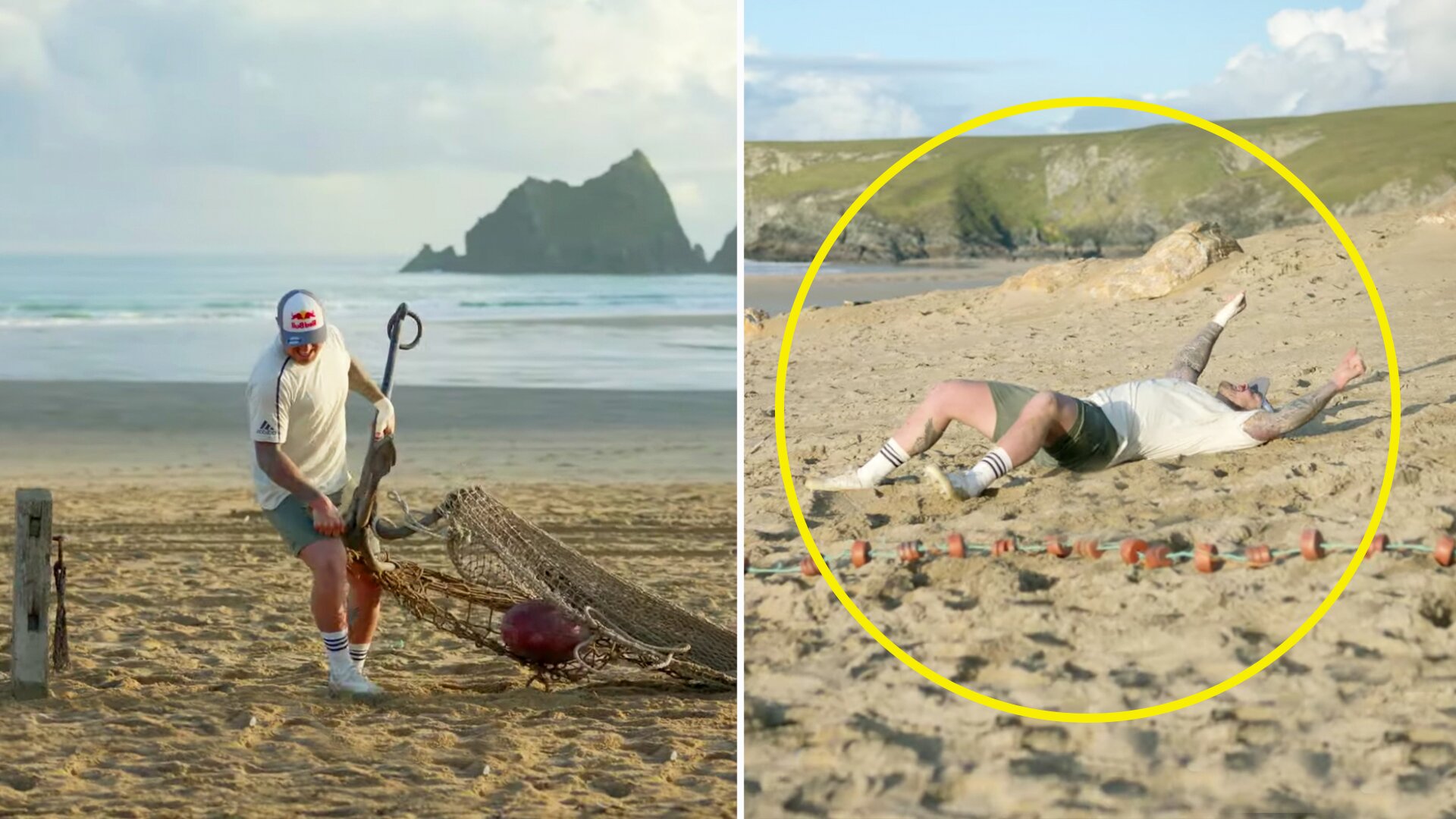 The footage, shot by Red Bull, shows the England and Exeter Chiefs winger taking on a bespoke assault course on a scenic Cornish beach.

This follows on from some other stunning training videos that the energy drink brand has shot in the past with the likes of England cricket star Ben Stokes.

The new video starts with Nowell making his way to the course as he’s followed by a camera crew.

He’s noticeably nervous but bullish as he states, ‘I’m really excited but more nervous though I think as I’m not having a clue what’s going to go on.’

The shot then pans to Jack Nowell making his way down the steep dunes to overlook the daunting assault course. Fear is etched across his face as the task is laid bare in front of him.

The full scale of the course is then put out for us to see in what is a gruelling test of power, skill and speed.

We then see as Exeter’s head of conditioning and Chiefs coach, Rob Baxter, tell us about how challenging this will be even for one of the best players in world rugby.

Interview with Jack Nowell. Spoke about:
– Becoming an ‘oldie’
– Lockdown leg weights
– His sense of underachievement with England and Exeter
– Aiming for a domestic and European double
– A title race without Saracens
– No more (well, less) strapping!https://t.co/XolyIlux9K

The course starts off with Nowell having to lift and flip over multiple 125kg boats to reveal a ball that he must pass accurately into a fishing net before he’s able to move onto the next task.

He must then spring through a series of sea-themed obstacles before placing a pinpoint distance kick into another fishing net before he can move on and finish the task.

All of this has to be completed in under 60 seconds.

The new Red Bull video was released only today but already the course has been called out for its insane difficulty level.

We see that even though Jack Nowell is a star England player, this isn’t a walk in the park.

watch the stunning new video below