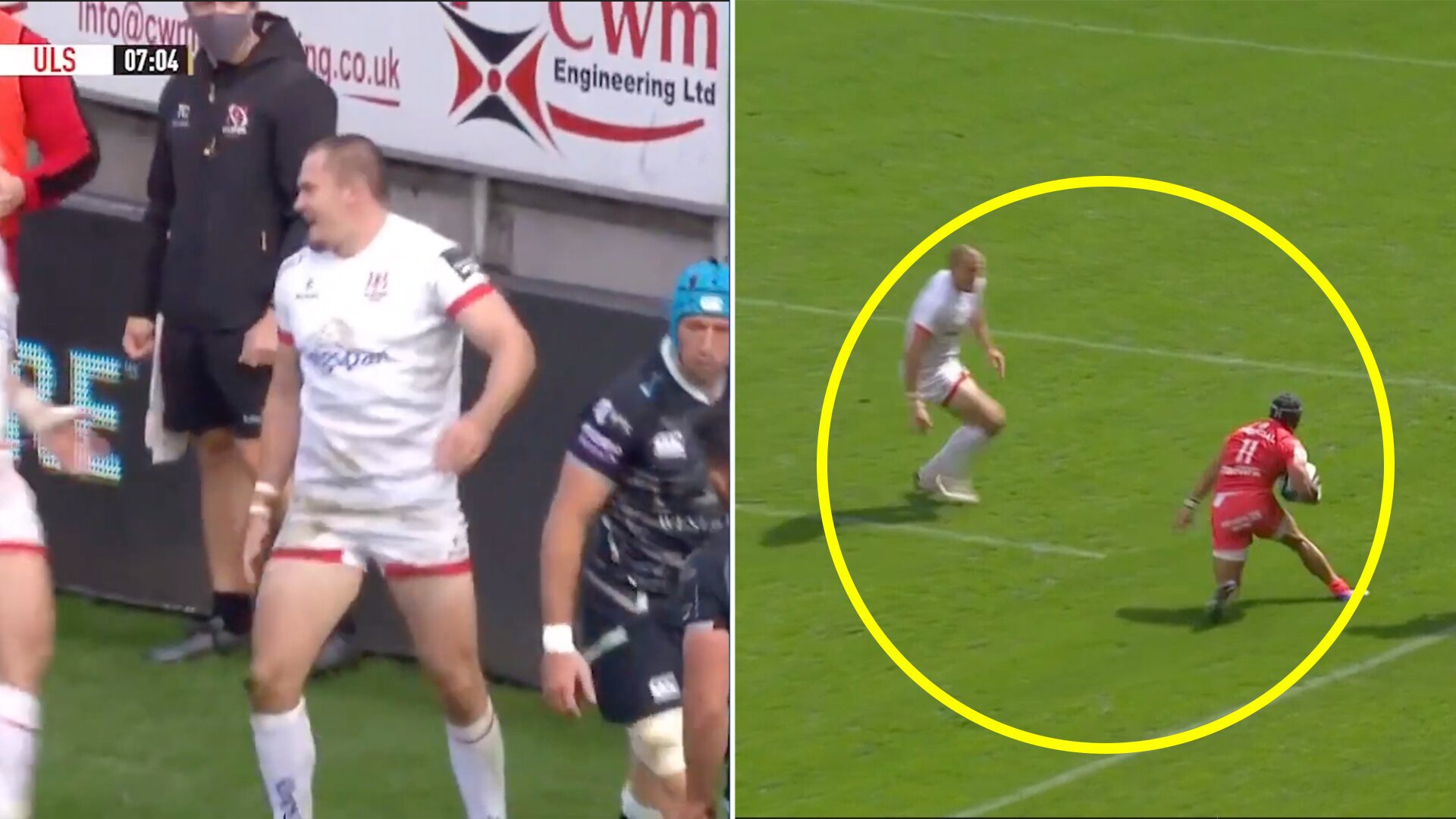 Irish winger Jacob Stockdale seemingly redeemed himself for his horror showing against Cheslin Kolbe last month in the Champions Cup.

The 24-year-old was on mesmeric form for the team in white last weekend as he helped Ulster to dominate a tired and beleaguered Ospreys team this weekend.

Fans were raving about the Irishman’s brilliant performance this weekend.

Another decent performance from Jacob Stockdale: comfortable under the high ball and made a few good breaks.

Marcell Coetzee with another great performance and possibly the difference between the sides.

There were many questions around Jacob Stockdale in the Champions Cup last month after he was embarrassed by Cheslin Kolbe after a couple of crazy sidesteps.

He received a lot of criticism online after a weak performance in defence against the Springbok speedster.

“As soon as you get Cheslin Kolbe in space one-on-one, zero chance of defending it!”

Ulster today posted his individual highlight reel from the weekend where he put on a clinical show for Ulster against Ospreys. Particularly under the high ball, the winger turned fullback was particularly impressive, breaking multiple tackles to plow through the defence.

Surely he has to be nailed back on for the Ireland starting team after answering all the questions that have been raised around him.

What a brilliant highlight reel from just one game, things are looking good again for the young man!

What a way for Jacob Stockdale to recover after that game against Cheslin Kolbe.