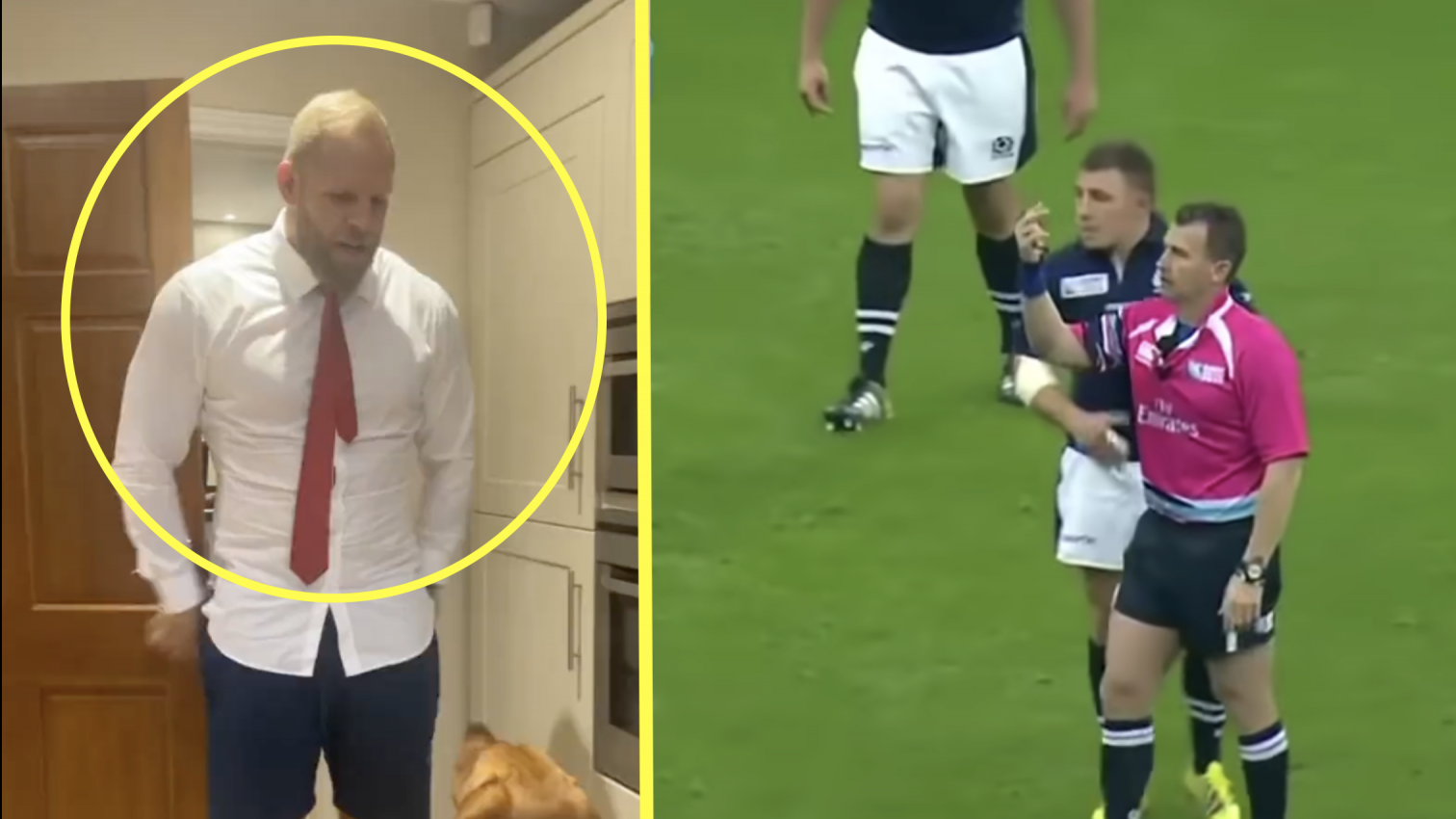 Former England flanker James Haskell might have moved into the world of impersonations now in his ever changing post rugby career.

The 77-cap international is embarking on a career in stand-up comedy, and possibly shared part of his repertoire with his Twitter followers today with one of his impressions of none other than legendary referee Nigel Owens.

Haskell pulled out the famous ‘this isn’t soccer/ football’ line of Owens’ while talking to his dog, Bertie, saying he “channeled his inner Nigel Owens and sent him off.” He even got a response on Twitter from Owens himself. He wrote: “Ha @jameshaskell great effort. I knew there was a bit of welsh in you somewhere. Bertie listened better than you ever did.”

Owens had to deal with Haskell on many occasions across their careers, and even yellow carded him against France in 2015 for a trip. Then again, the Welshman had absolutely no choice but to send him to the sin bin. Take a look: