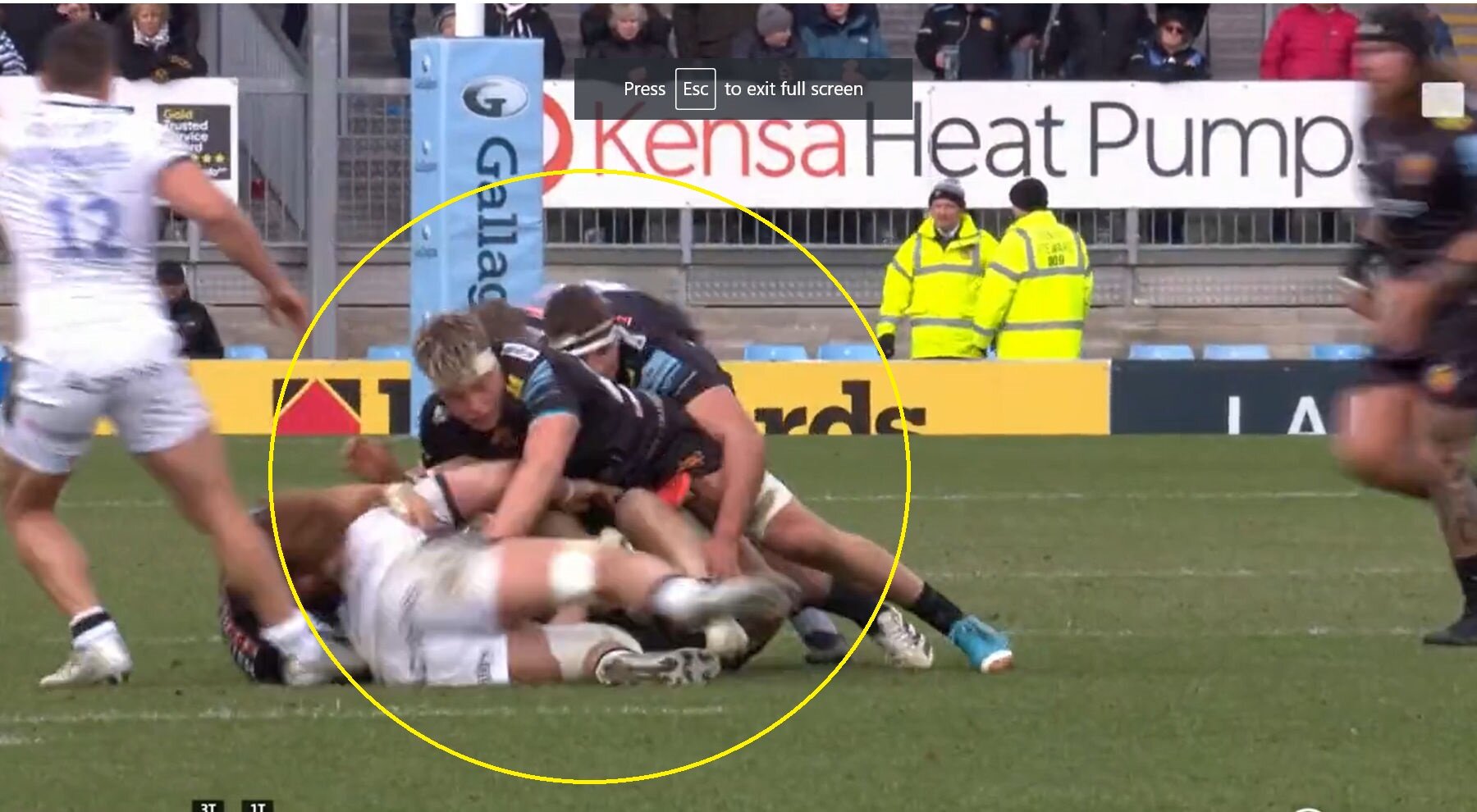 Prop in ‘custardy’ after illegal show and go versus Sale

Yep, so this won’t do at all. Exeter Chiefs prop James Kenny somehow decided it was appropriate to execute a show and go and then ‘accelerate’ up the pitch like a… I can’t quite believe I’m writing this… back.

Anyway, the Propland Yard were waiting for him off the pitch and he is understood to be due before the Grand Prop Elders of Valhalla this week, where he will be charged with acts that ‘tend to bring disrepute to the Grand Order of High Props’.

He could face the ultimate sanction and be converted into a No.8.

As BT commentator Ugo Monye points out, he’s probably been watching clips of Harlequins prop Will Collier, which has been known to radicalize young props.

Watford-born prop Kenny is a product of the club’s highly successful Academy programme, having previously studied at both Bicton and Exeter Colleges.

As a youngster, he played his youth rugby at Chess Valley and Kingsbridge, before he started to develop his game under the tutelage of the coaches at both Bicton and Exeter College.

Mobile and dynamic around the field, Kenny has in recent seasons developed his game at senior level by featuring for the Exeter Braves in the Premiership Rugby Shield and whilst on dual-registered terms with Plymouth Albion in National League One.

A defeat for Exeter Chiefs would be their eighth of the season so far, the most they’ve had in a single campaign, excluding play-offs, since the 2014/2015 season, when they also lost on eight occasions.

Exeter Chiefs have won their last three Premiership matches after losing the previous three; their last eleven games have all been decided by a margin of nine points or fewer.

Sale Sharks have won their last two games away from home in the Premiership after failing to win in any of their first six attempts this campaign.

Exeter Chiefs made more carry meters than any other side in last weekend’s round of fixtures (1,122) and are also the Premiership leaders in terms of carries made (2,326) and carry meters (13,019) this season.

No side has restricted their opponents to fewer carry meters in this season’s Premiership than Sale Sharks (9,405), conceding an average of 5.6 meters per carry – also a league-low this term.

Exeter Chiefs have conceded just 8.1 22 entries per game in the Premiership this season, only Leicester Tigers (7.8) have conceded fewer; the Chiefs have also conceded the third fewest points per 22 entry in the league this term (1.97, behind Saracens 1.80 and Leicester 1.84).

Exeter Chiefs duo Tom O’Flaherty (205) and Josh Hodge (268) carried the ball for more meters than any other players in last weekend’s round of fixtures; Tom O’Flaherty also ranks third overall for carry meters this season (1,163).

No player has hit more attacking rucks this season than Exeter Chiefs’ Jannes Kirsten (422), while Richard Capstick (288), Don Armand (284) and Alec Hepburn (268) are also in the top 10 for attacking ruck arrivals this term.

Sale Sharks prop Coenie Oosthuizen has completed more tackles without missing one than any other player in this season’s Premiership (91); meanwhile teammate Jono Ross has made the most dominant tackles of any player (16).