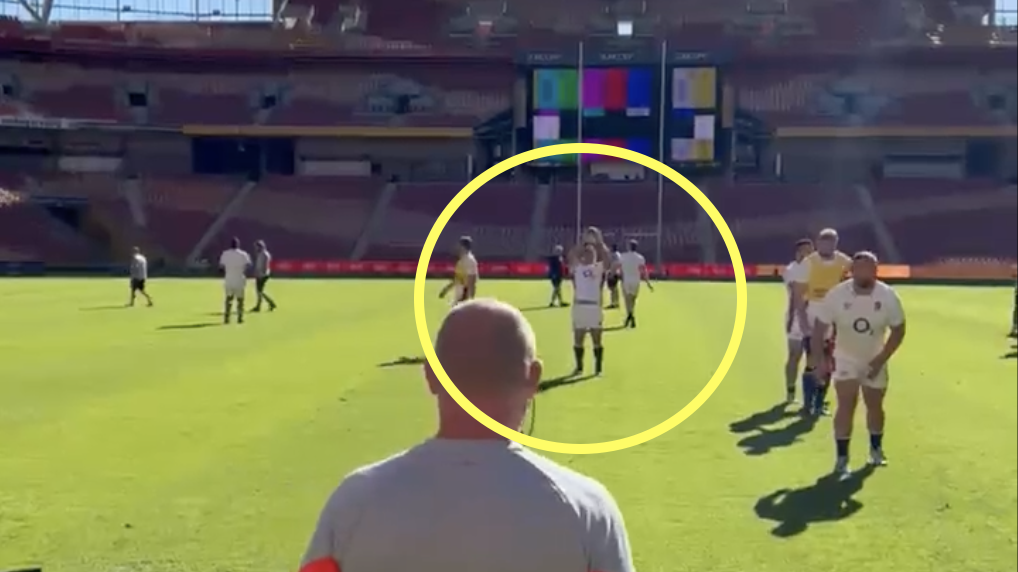 England’s Jamie George looks to be in good shape heading into his side’s second Test against Australia tomorrow in Brisbane.

England Rugby shared a video of the hooker at the Suncorp Stadium preparing for tomorrow’s match by doing some lineout throws. The Saracen managed to hit the crossbar four times in a row, sending a strong message to the Wallabies about the form he is in.

Unfortunately for England, their lineout was fairly strong last week, winning 12 from 13, it was almost every other area of the match that they came out second best. If they hope to turn around their 30-28 loss in Perth last Saturday, Eddie Jones’ side will need to improve in plenty of areas.

Jones is clearly happy with how his pack performed in the first Test, only making one enforced change (replacing the injured Tom Curry with Sam Underhill), however, he has rung the changes with his backs, who failed to impress last week.

Jones said: “We have decided to make changes in our back line, they were tough calls but we feel they will strengthen the team.  There are opportunities to attack against Australia which we can take.

“We have had solid preparation this week and looking forward to an important game in Brisbane.

“This game is the perfect practice for the World Cup and our focus is putting on our best performance.”

Take a look at George’s throwing: