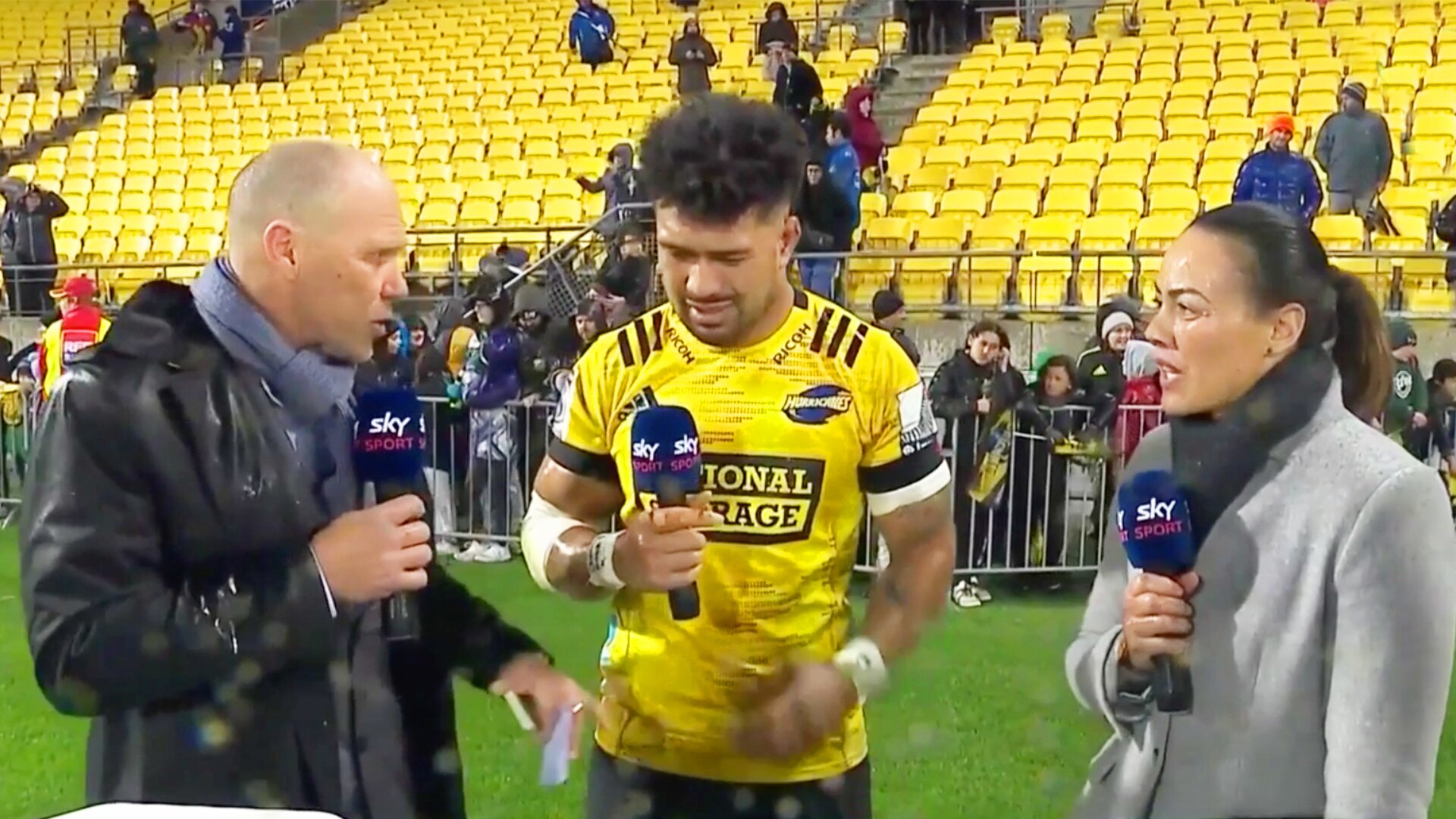 An eagle-eyed Onslaught follower spotted this cringe-inducing mix up between Jeff Wilson and Ardie Savea tonight.

You know when the cameras are rolling and it’s going out live – there always the potential for awkward moments to spring up.

This occurred right after the Hurricanes 17-11 victory over the Highlanders in Super Rugby Aotearoa.

All Blacks legend Jeff Wilson had been speaking to Ardie who had played brilliantly in his sides win at the Sky Stadium.

The interview was nearing it’s finish when fans spotted this moment between the pair.

Some fans were shocked at the sheer levels of disrespect shown by the seasoned New Zealand anchor – this really was as awkward as it comes.

Did you notice this moment between Jeff Wilson and Ardie Savea?

Watch: This ultimate Damian McKenzie schoolboy highlight reel shows that he ticked every box as a 10 prospect

Damian McKenzie had it all as a schoolboy rugby player, all of which made him a 5-star flyhalf prospect for Christ’s College in Christchurch.

Watch this incredible 9-minute highlight reel to find out what made McKenzie such a highly regarded prospect, which he has delivered on as a professional player by becoming an All Black.

The incredible talent was scouted and snapped up by the Chiefs, who lure the brilliant 10 to the Waikato from under the nose of the Crusaders as a schoolboy.

It took McKenzie just two years to go from New Zealand schoolboy to Super Rugby star, becoming one of the most coveted talents in the Southern Hemisphere.

The 19-year-old committed to a long-term deal with Chiefs in 2014, quickly becoming one of the cornerstone players of the franchise.

”While I was training with the Chiefs I learned so much and really enjoyed the coaching staff and the culture, so I am rapt to be given this opportunity,” McKenzie said at the time.

”The boys are very welcoming and I know I will enjoy being part of the Chiefs family.”

The Chiefs will be chuffed that the decision to go after the young 10 early has paid dividends, with McKenzie representing the club 78 times. At just 25-years-old, McKenzie is sure to be apart of the Chiefs for years to come.