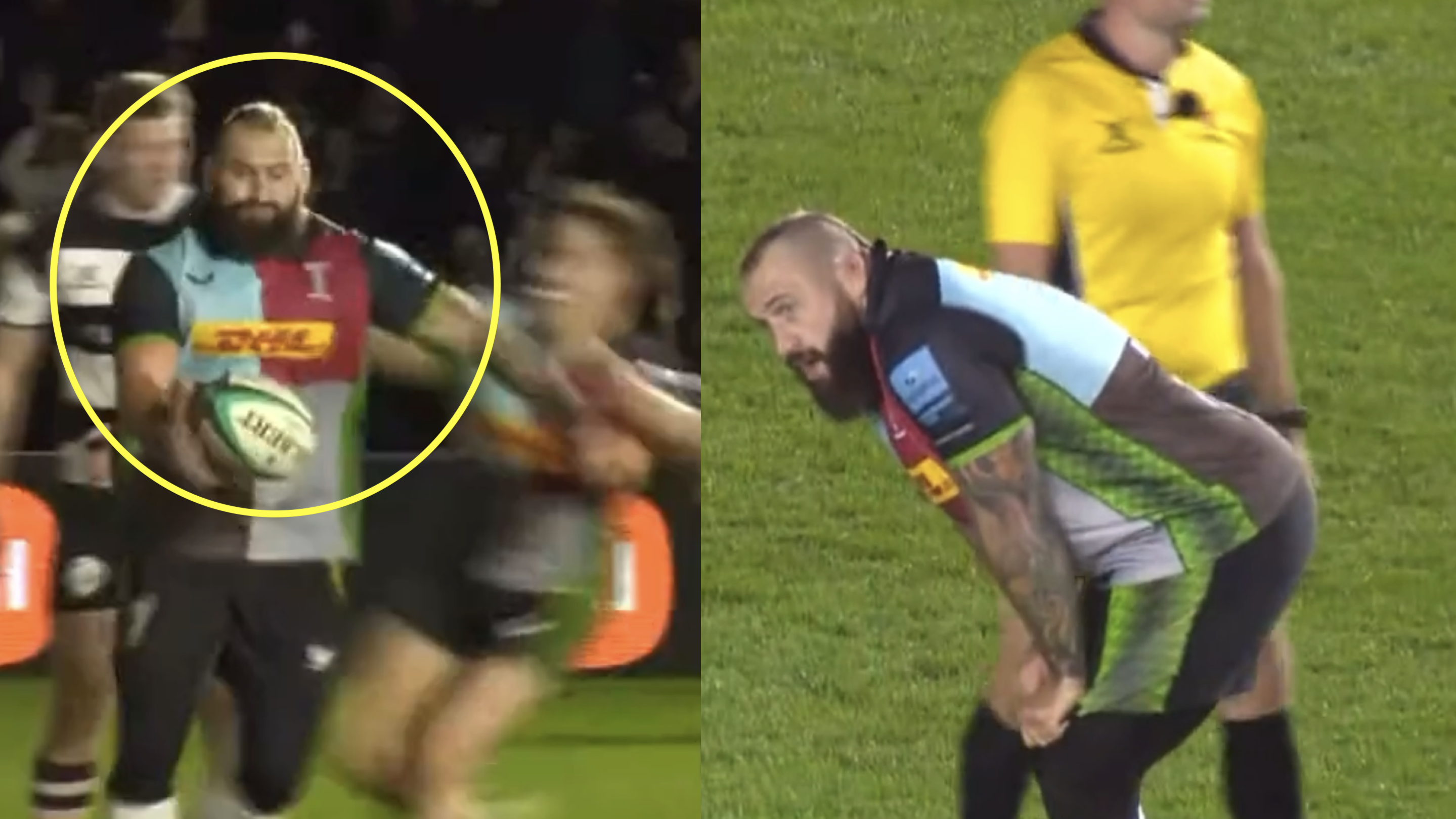 Absolutely no one was prepared for the carnage that occurred on Thursday night as Harlequins played the Barbarians at the Stoop, a carnage that we may never recover from. And Joe Marler is to blame.

It is hard to know where to begin with the loosehead. Firstly, he was wearing leggings, which was already enough to make some props shudder. On top of that he was wearing a Barbarians sock, having played for them earlier in the week against the All Blacks XV.

That was just about enough to handle, but no one expected him to complete a length of the field try by Quins, and even chuck in a little goose step over the try line. It was at that point, rugby’s entire foundations were starting to crumble. Unfortunately, there was more.

The England prop then proceeded to attempt to convert his own try with a drop goal. The ball sailed through the posts and officially signalled the end of rugby as we know it. These are strange times.