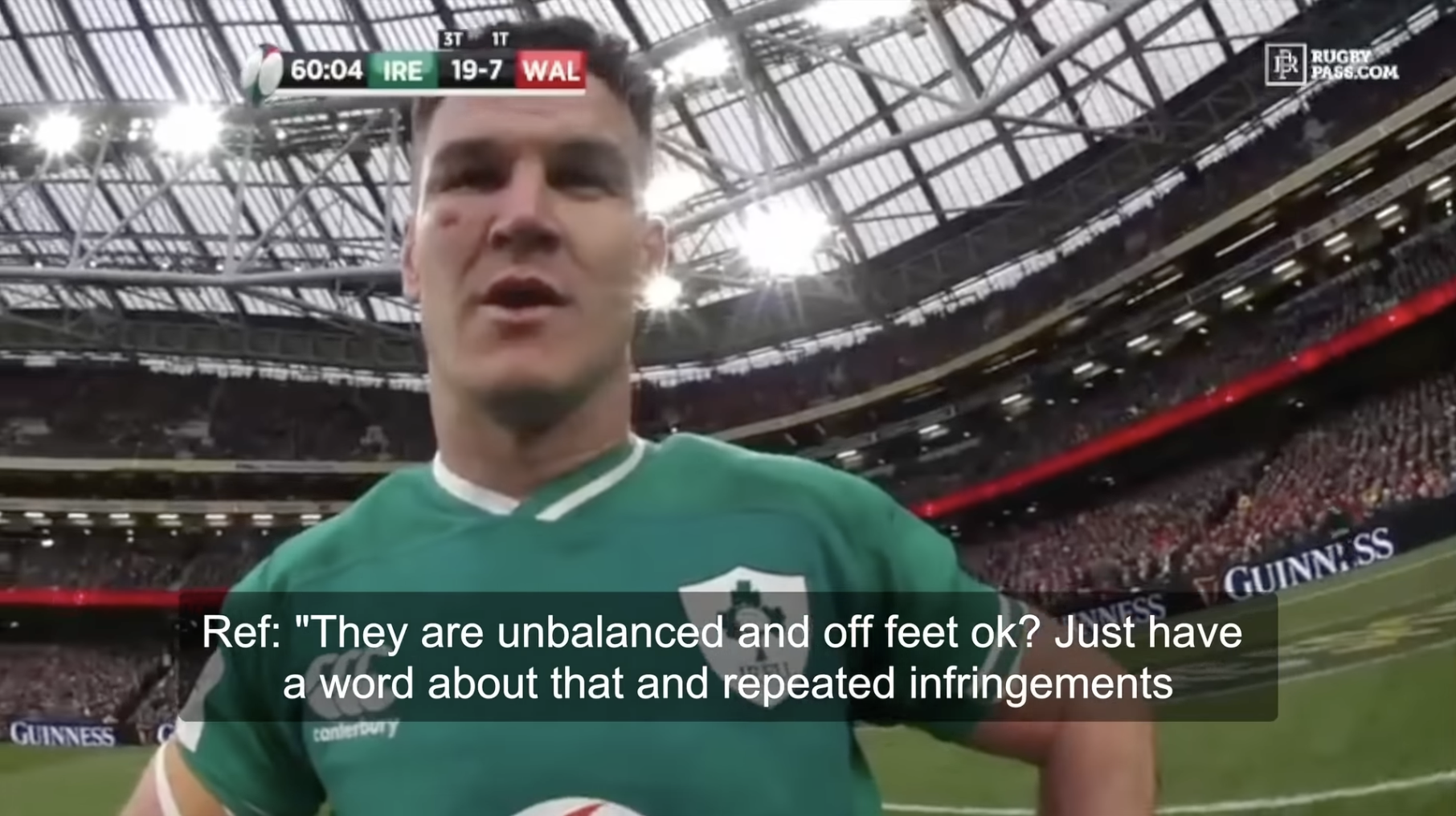 Ask most referees in the game currently which player is constantly in their ear and Ireland’s Johnny Sexton will be fairly high up on their lists.

However, a lot of chat that goes on between players and referees may get missed by spectators during the match. Fortunately, YouTube compilation creator Andrew Forde has provided a video of the Ireland and Leinster captain at his best (or worst) when it comes to communicating with the officials.

The video goes to show how often he is trying to persuade the referee to reverse a decision, refer to the television match official or take a look at what the opponents are doing. Of course, the role of the captain is to talk to the referee about matters like this, but he has been told by the officials a number of times across his career to calm down.

In Sexton’s absence at the weekend against Argentina, it was another Ireland player who was in Matthew Carley’s ear on one occasion in particular, and that was Peter O’Mahony. Though the Munster man was not actually captain at the Aviva Stadium, he was incensed when Pumas lock Tomas Lavanini recklessly flew into a ruck with a truly egregious shoulder to the head of an unsuspecting Cian Healy.

As soon as the Lavanini made contact, O’Mahony was screaming at Carley, saying ““That’s a ****ing red. You’re a scumbag. You know exactly what you’re doing,” and continued to say “he knows exactly what he’s doing,” as, after all, the Argentine has a fairly sordid past. O’Mahony’s persuasive argument looked to have worked, although it would have been truly astonishing if a red was not shown.  The red actually made Lavanini the most carded player in Test match history, as he also became the first player in Test rugby to receive three red cards.