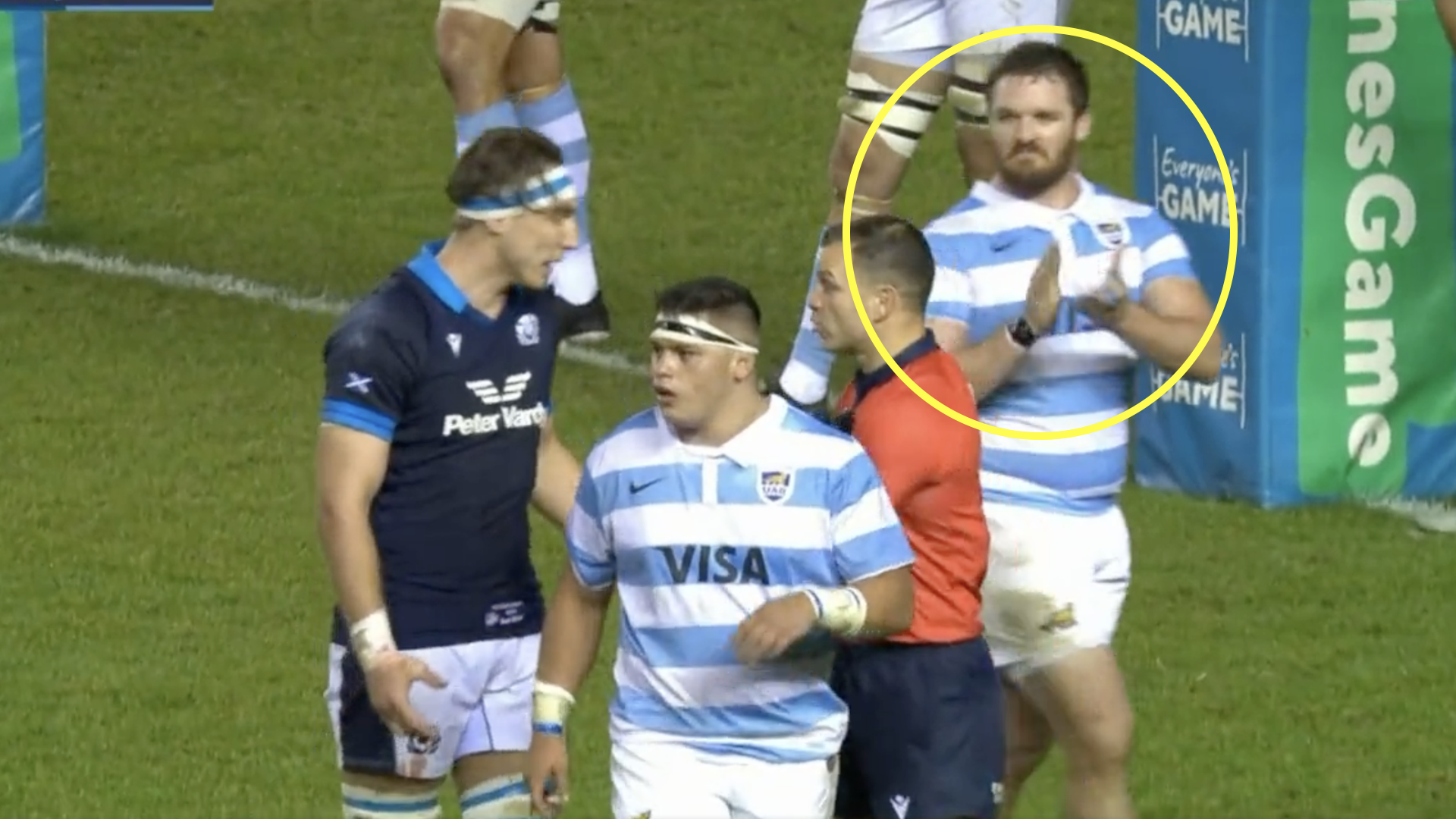 Argentina’s discipline was so woeful against Scotland on Saturday that it would actually be funny if they were not putting the health of their opponents at risk.

Their penalty count of 13 wasn’t actually too bad, but the total of four cards, including one first half red card for Marcos Kremer, suggests otherwise.

It was so ridiculous that Michael Cheika’s side were actually playing with twelve men at one point as Matías Alemanno was sin binned alongside Test rugby’s most ill-disciplined player ever, Tomas Lavini, who also received his mandatory yellow card.

As soon as they returned to the fold, prop Thomas Gallo was having a yellow card waved at him by Karl Dickson.

Despite all this going on, Argentina captain Julian Montoya was simply on fire as his side lost 52-29, but not in the way many would expect. The Leicester Tigers’ hooker’s sledging was some of the best we have seen in a long time, taking aim at Duhan van der Merwe and Scotland captain Jamie Ritchie.

Montoya was overheard on Dickson’s mic saying “Do you want me to speak in Afrikaans?” after a scuffle involving van der Merwe, who grew up in South Africa. After this, Ritchie said to him “set an example big fella.” Well that came back to bite the Scotland captain big time. Ritchie was yellow carded alongside Gallo after a brawl two minutes later, to which Montoya said “really good example, you must be proud,” before clapping the flanker off the field.

Revenge is a dish best served cold. Take a look:

“There were some key errors in the second half that took away opportunities to stay in the match,” Cheika said after the match. “At a certain point, you’ve just got to stay in it, stay as close as you can when you are down a man like that. I felt like we could win the game.

“We certainly had the effort to win the game, but I think we tried to solve some situations on our own, just lacked a bit of concentration at key moments and that cost us directly with tries.”