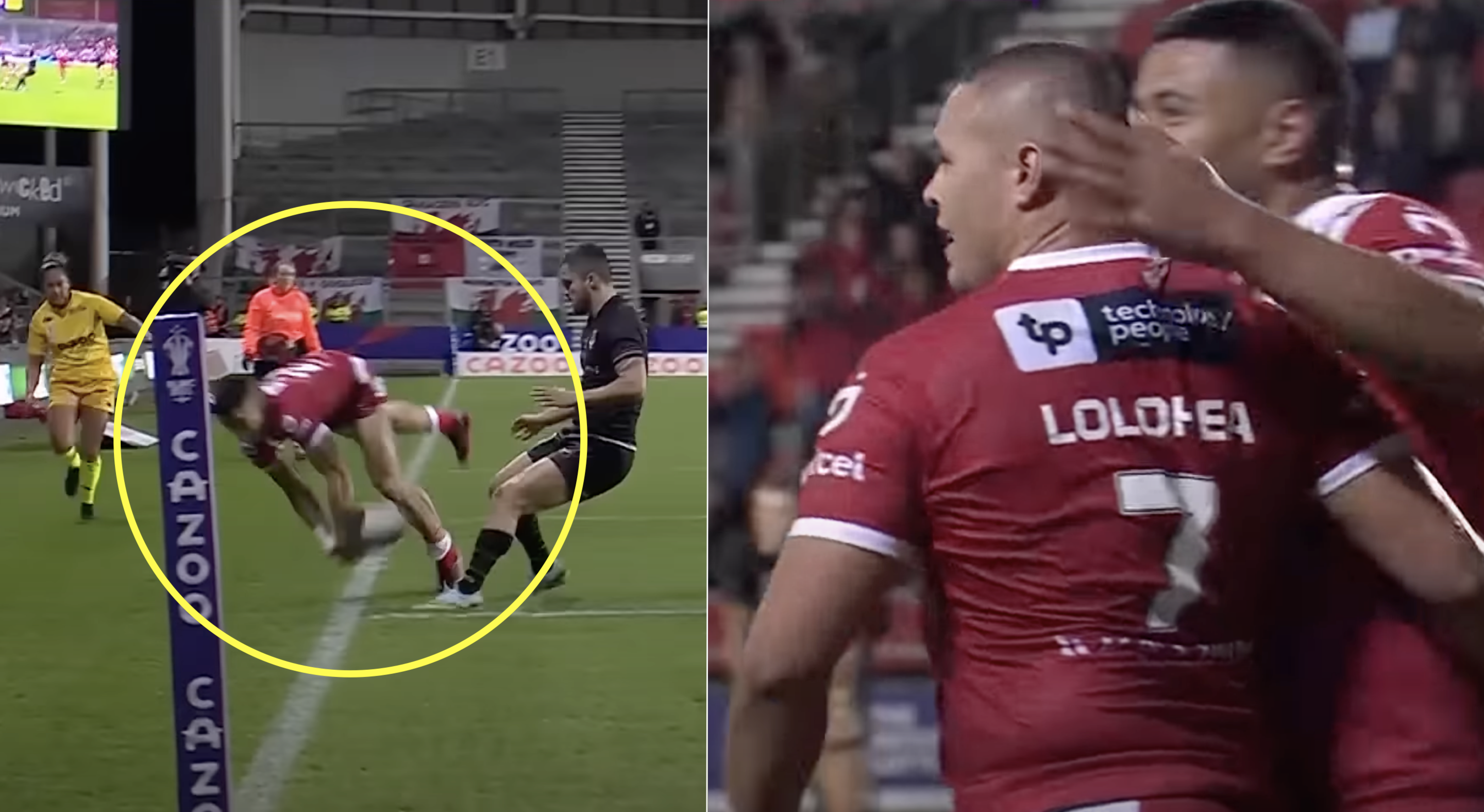 In a parallel universe where the grass was slightly shorter or the lines were slightly narrower, Tonga would have celebrated scoring one of the tries of the year this week in the Rugby League World Cup against Wales.

Unfortunately, it was not to be for them at St Helens’ Totally Wicked Stadium on Monday, but that does not stop us enjoying a try that they almost scored.

Leading 26-6 in the second half, a kick was put threw by Tonga’s Tuimoala Lolohea for Toluta’u Koula to chase. The ball looked as though it was about to roll into touch, or at least that is what the Welsh defence thought, before Koula was able to collect the ball at his feet and flick it back into the field of play while diving into touch. The ball was collected by Sione Katoa who in turn put Lolohea in for the try.

It looked as though Koula was able to pull off one of the most athletic offloads the game has seen while running at full pace, but tragically the TMO confirmed that the ball had gone out just before he produced the pass. Just. This was down to a matter of millimetres, but the ball was indeed in touch. Rugby can be a cruel game sometimes.

Take a look at the try that never was: