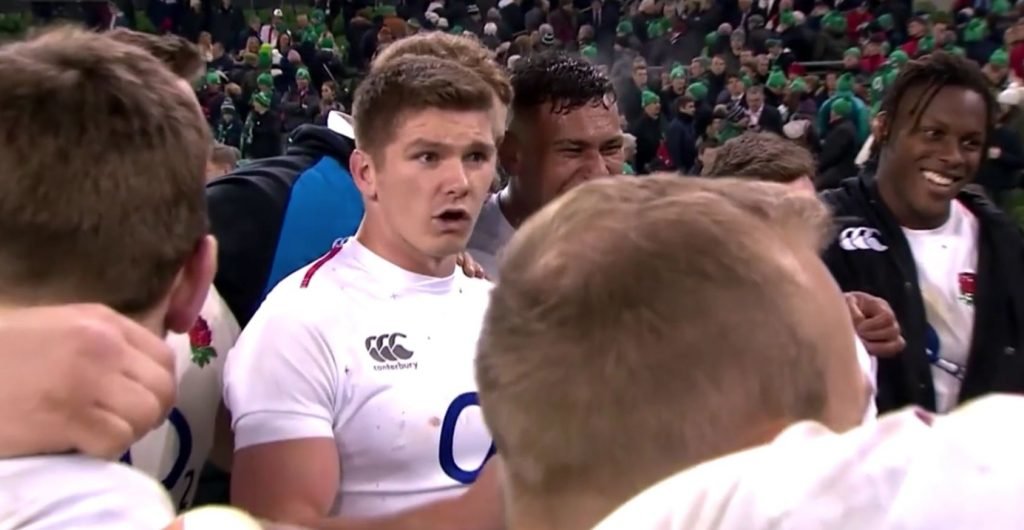 LEAKED: Enhanced audio picks up what Owen Farrell really said to teammates after the match

It’s the thing of secrets but now it’s out there.

Owen Farrell got the England team in a huddle after their tremendous hammering of Ireland in the Aviva Stadium. What he said will go down in history as one of the great speech ever givne in a post match setting.

CREDIT: Who drank the coolest aids