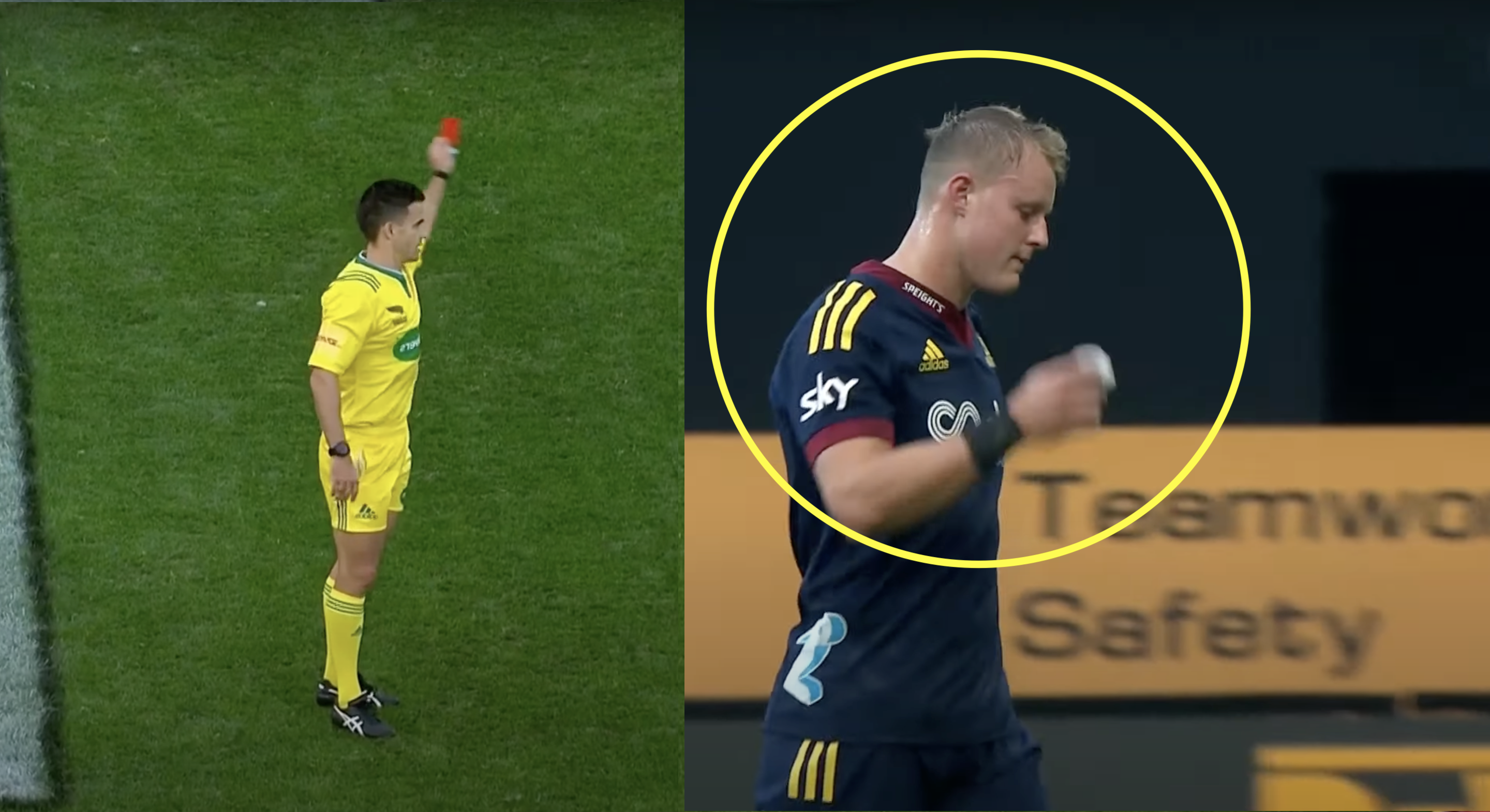 Highlanders No10 Sam Gilbert has been handed a five week ban by the SANZAAR Foul Play Review Committee following a red card against the NSW Waratahs on Sunday.

The 23-year-old was shown red by referee Nic Berry at the Forsyth Barr Stadium for a clear out of Wallabies captain Michael Hooper that saw the flanker dropped on his head. In this day and age there was no debate that it was a red card, and a lengthy ban was expected.

Gilbert will be out of action until June 25th, meaning he will play no part in the rest of the Super Rugby Pacific season, even if the Highlanders make the final.

A statement said on Tuesday: “The SANZAAR Foul Play Review Committee has accepted a guilty plea from Sam Gilbert of the Highlanders for contravening Law 9.18: A player must not lift an opponent off the ground and drop or drive that player so that their head and/or upper body make contact with the ground, after he was Red Carded during a Super Rugby Pacific Match at the Weekend.

“Gilbert has been suspended from all forms of the game for 5 weeks, up to and including 25 June 2022.”

“Having conducted a detailed review of all the available evidence, including all camera angles and additional evidence, including from the player and submissions from his legal representative, Aaron Lloyd, the Foul Play Review Committee upheld the Red Card under Law 9.18.”

“With respect to sanction the Foul Play Review Committee deemed the act of foul play merited a mid-range entry point of 10 weeks due to a combination of features including the degree of recklessness exhibited and the danger posed to the tackled player. Taking into account mitigating factors including the Player’s clean judicial record, his acceptance of foul play, the Foul Play Review Committee reduced the suspension to 5 weeks.”