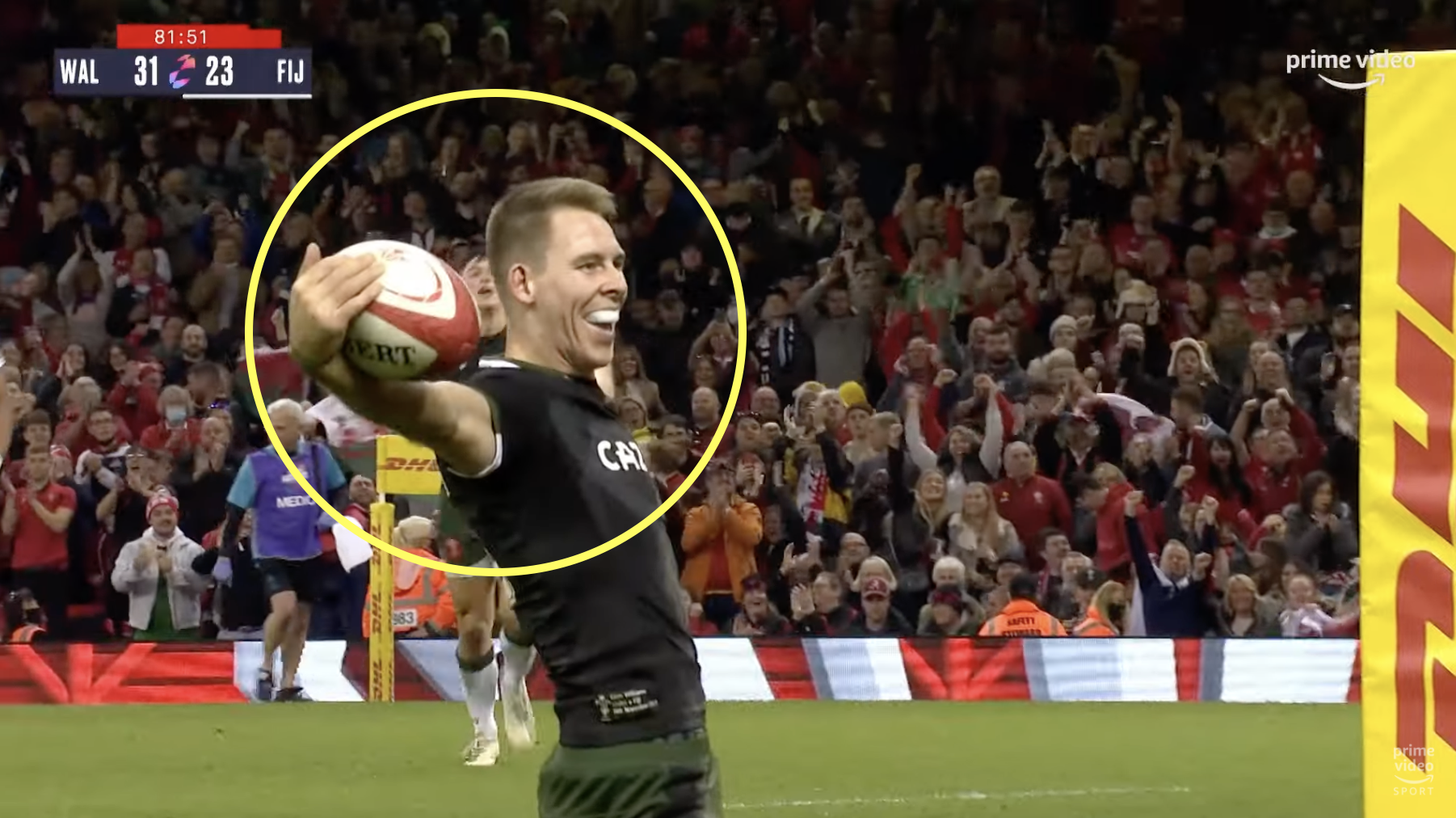 Wales fullback Liam Williams may have crowned his player of the match performance against Fiji on Sunday with a try in the final play of the game, but his most impressive moment of the game may have actually gone unnoticed by many viewers.

The moment came early in the second half at the Principality Stadium, just after Fiji fly-half Ben Volavola kicked a 45 metre penalty to put his side in the lead. Williams, who was standing just under the posts, produced one of the best touches anyone will see with his foot, chipping the ball up into his hands without it ever touching the ground.

This deft piece of skill may have been missed by many viewers at the time, but it has since done the rounds on social media, with Williams himself congratulating a fan himself on Twitter for the spot. The Welshman may have been secretly hoping that someone spotted that touch.

Though the final score of 38-23 to Wales looks relatively comfortable, that was in no way the case. Wales were losing for large portions of the match and were only able to pull away in the final minutes of the match, with Williams sealing the victory. This is despite playing against a 14-man Fijian team for the majority of the match, and even 13 players at times.

The win did give Wales their first win of their Autumn Nations Series after losing against the Springboks the week before and the All Blacks the week before that. Wayne Pivac’s side host Australia on Saturday, who have equally had an Autumn Nations Series to forget after losing to England at the weekend and Scotland the week before. The match at the Principality Stadium will be the final Test of the year for both sides, so they will both be desperate to end their years on a high.