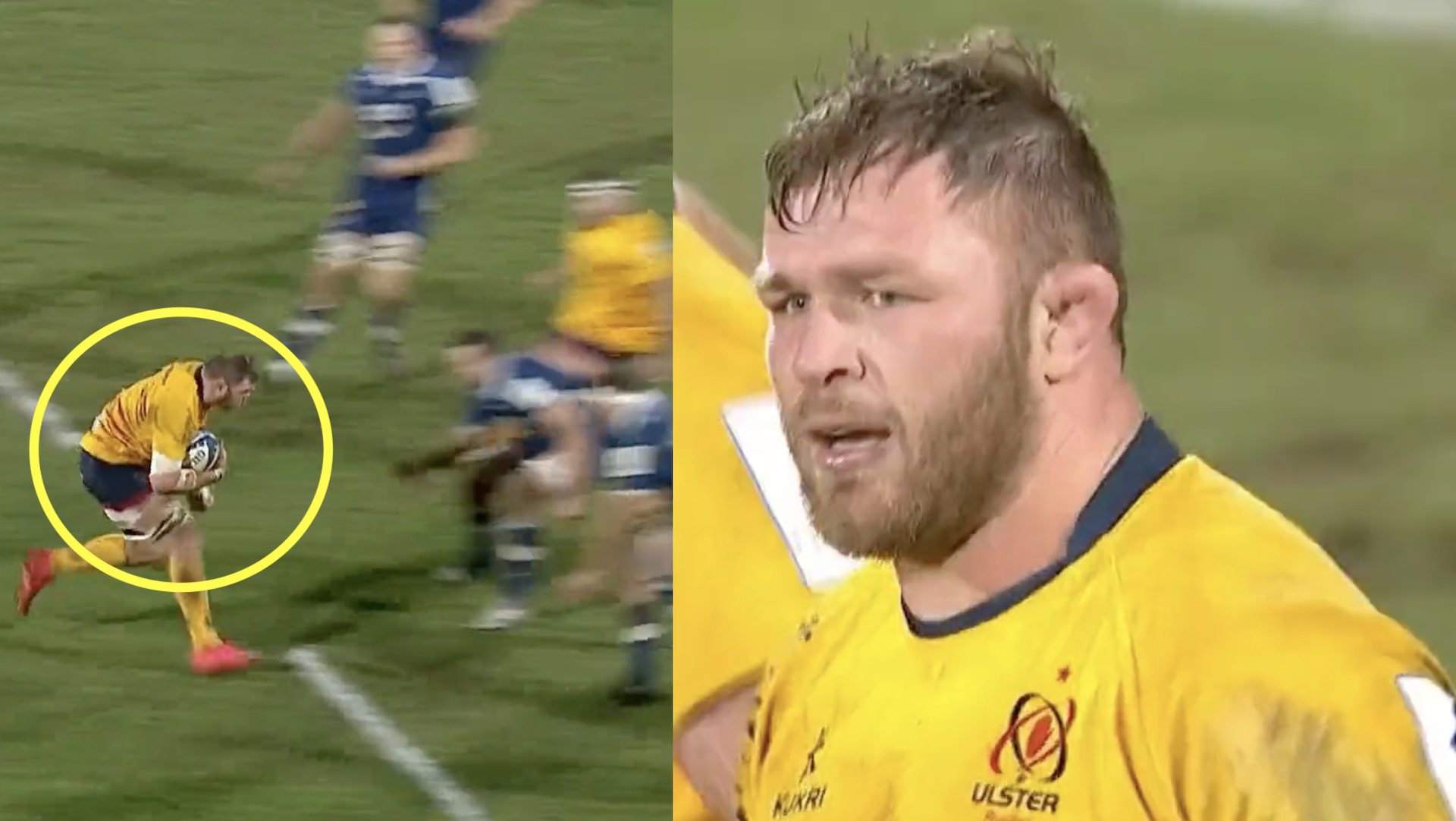 The topic of going high in tackles has received a lot of attention recently, but there are times when it is highly unadvisable. One of those situations is where Duane Vermeulen is running at you full pelt with a ten metre run-up.

The 64-cap South Africa No8 has such brute upper body strength from a standing start that it is not wise to go high on him, but with a head of steam the best thing to do is aim for his ankles and hope for the best. That is probably what Sale Sharks duo Josh Beaumont and Jono Ross will do in the future.

The 118kg lock Beaumont and the 110kg flanker Ross were tasked with stopping the Springbok from a goal line drop out on Saturday when Ulster hosted Sale Sharks in the Heineken Champions Cup, and it did not end well for them.

Ross simply bounced off Vermeulen without making much impact, while Beaumont was sent flying backwards. Fortunately for the lock, Vermeulen failed to stay on his feet after the collision, and went down with him. That is expected though when a 117kg player runs into 228kgs worth of tacklers.

The game was in the balance at that point, but Ulster pulled away in the latter stages, with Vermeulen himself scoring the decisive try in the final minutes to put the game out of reach for the visitors.

Listen to the noise in Belfast! ⚡️

It’s Duane Vermeulen who crashes over the line for @UlsterRugby.#HeinekenChampionsCup pic.twitter.com/E58ROXaDgC

The win meant Ulster qualified for the round of 16 ahead of Sale, although they face the daunting task to playing Leinster away in the next round. Ulster head coach Dan McFarland is looking forward to facing the URC leaders though.

“I think our reward is a trip to Leinster,” he said.

“I quite fancy Leinster, challenge yourself against the best.

“We came out, we wanted to put on a performance at home, in front of our fans, in our house, and I thought the crowd was electric tonight, the atmosphere was brilliant.