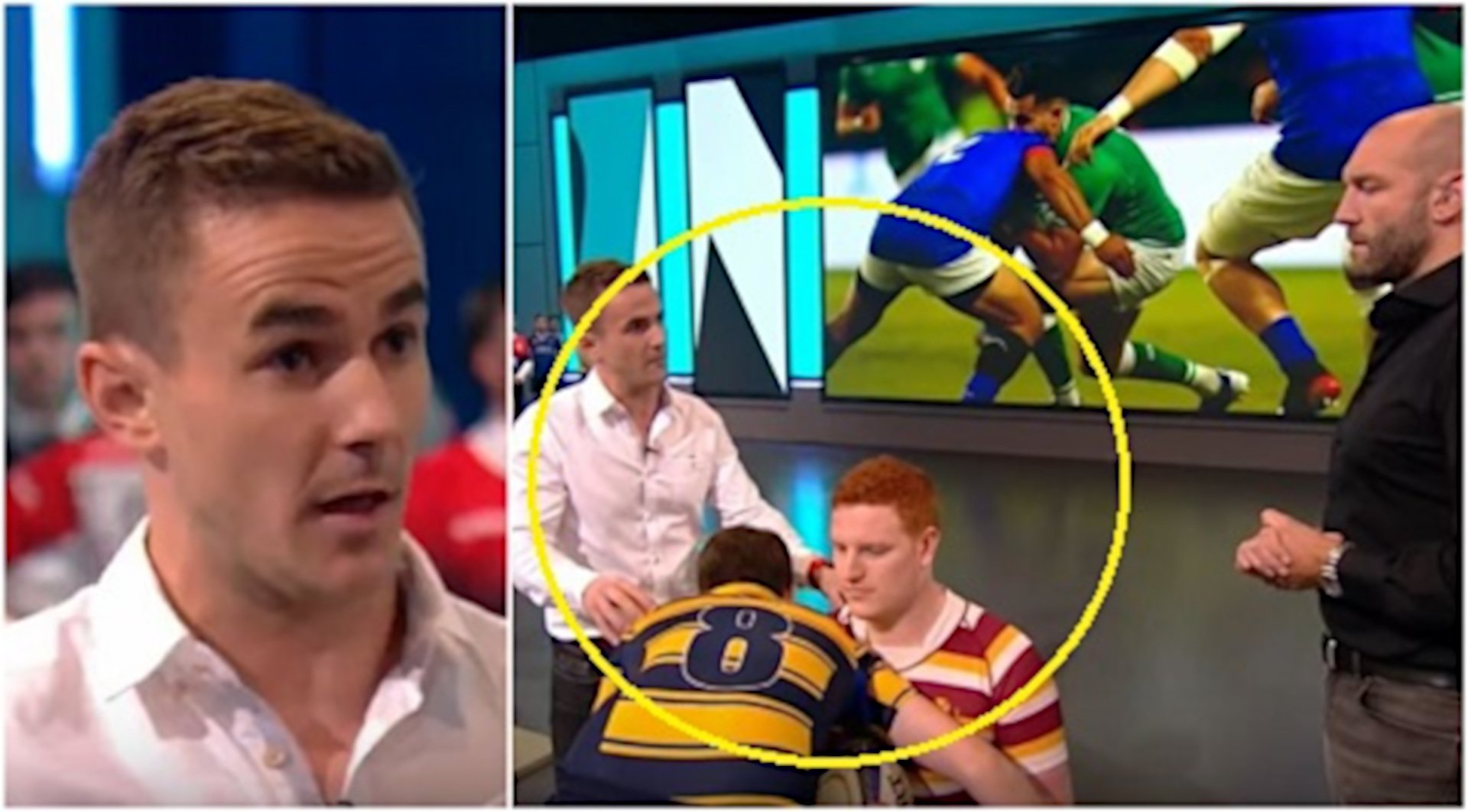 RFU referee Luke Pearce was on BT Sport Rugby Tonight and he went some way to clarifying some of the laws surrounding red and yellow cards in the game and how referees are instructed to officiate them.

One of the brightest up and coming refs, Pearce is also pretty watchable in this format.

Stats from the weekend:

Following their success at Sandy Park against Glasgow Warriors, the Exeter Chiefs top Pool 2 and are the only club with a maximum 10 points after two rounds.

• In addition to Exeter, Leinster Rugby and Northampton Saints in Pool 1, Ulster in Pool 3 and Toulouse in Pool 5 each have two wins apiece ahead of next month’s back-to-back fixtures.

• The prolific Chris Ashton moved further ahead in the tournament’s all-time list of try scorers with his 40th in Sale Sharks’ win against La Rochelle. Ashton has now scored for four different clubs (Northampton Saints 8, Saracens 29, RC Toulon 2 and Sale 1) in his 64 appearances in Europe’s top flight.

• To mark the 25th anniversary season of the Heineken Champions Cup, commemorative silver salvers were presented to Saracens, tournament winners in 2016, 2017 and 2019, as well as to 1999 winners, Ulster Rugby, whose impressive success against ASM Clermont Auvergne last Friday night was their 150th tournament match.

• Racing’s Teddy Thomas, who scored a superb try in the draw with Munster Rugby, has made the most clean breaks with 10 after two rounds.

• There were two away wins in Round 2 by Leinster in Lyon and by Northampton against Benetton Rugby.

• Munster’s dramatic 21-21 stalemate with Racing 92 at Thomond Park was their first home draw in 176 tournament matches.

• Montpellier’s Nemani Nadolo, who scored in the narrow victory over Gloucester Rugby at the GGL Stadium, is now the club’s leading try scorer in the tournament with 12.

• Toulouse’s Joe Tekori made his 50th tournament appearance in the late-late victory over Connacht at Stade Ernest Wallon.

• Benetton, who were unlucky to miss out to a last-ditch penalty for Northampton by Dan Biggar, registered two losing bonus points at Stadio di Monigo.

• Biggar’s 15 points in Saints’ win brought his overall tournament total to 569 and moved him ahead of David Humphreys up to seventh place on the all-time points scoring list.