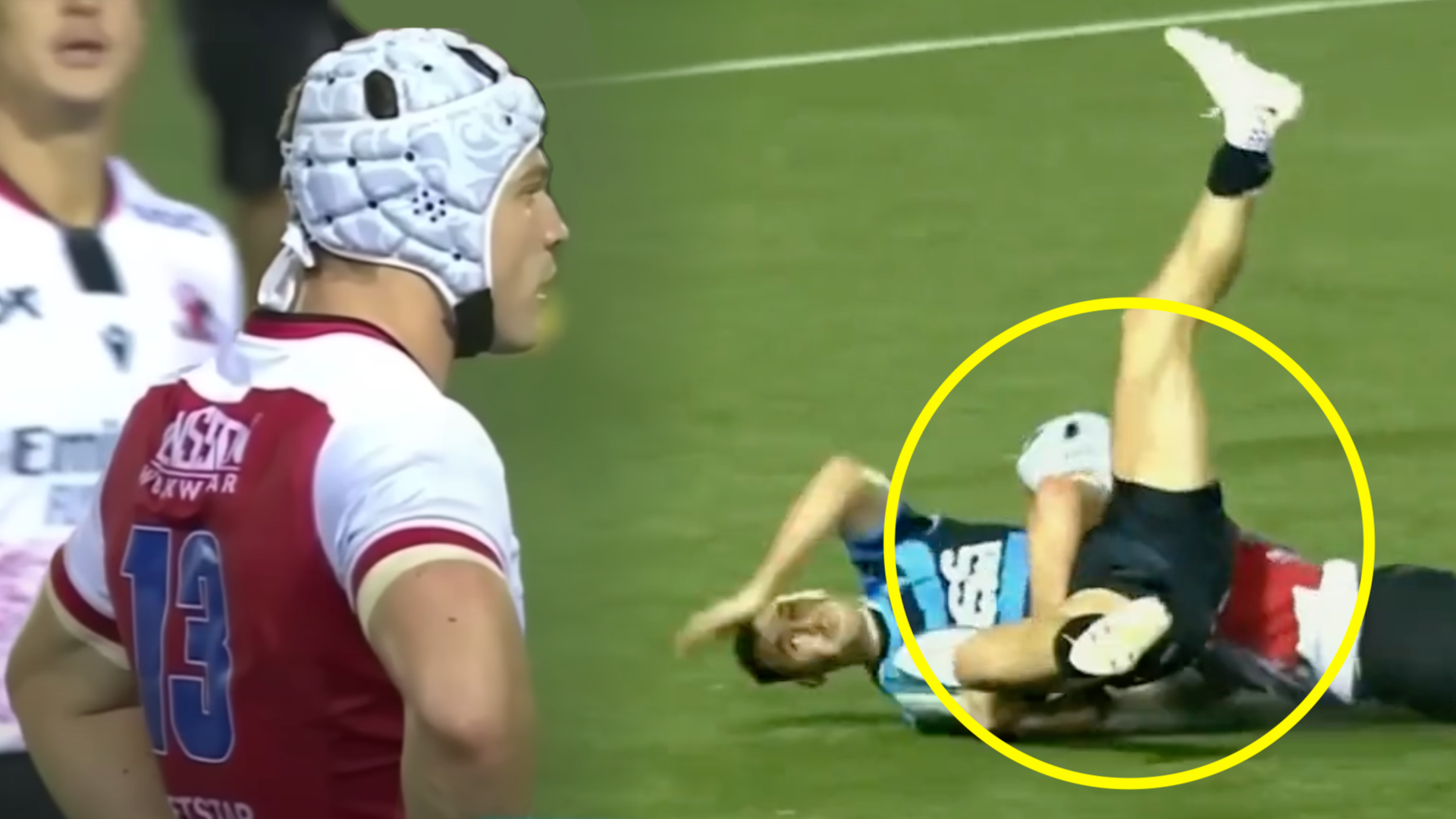 There was probably quite a few Cardiff players that were sore over the weekend after coming up against Lions centre Henco van Wyk on Friday.

The Lions came away 31-18 winners at Cardiff Arms Park, and the 21-year-old outside centre van Wyk took some names in the process, putting on a tackling exhibit. The former South Africa under-20 international produced almost every type of tackle you would want to see – covering tackles, kick chase tackles and some good old fashioned rib breakers.

TAS Analytics have compiled highlights of his performance against Cardiff and made a case for a Springboks call-up.

“Another weekend where Henco van Wyk puts on an absolute masterclass on defence,” they wrote.

“People can keep bringing up his size, yet he’s still the best defensive player on the Lions team. I don’t know what more he has to show for people to stop saying he’s too small. He’s one of the most physical centres in the game at the moment and absolutely destroys his opponents in tackles. He has amazing tackling technique and is an elite athlete with explosiveness and agility. It’s a pity we don’t get to see him on attack more, but boy it’s so fun to watch him on defence. He is an absolute monster on defence and has earned his nickname of Weapon X , because of his aggressive nature and his fearlessness.

“Fans are beginning to hear his name more and more, and he’s beginning to look like a perfect option to be Lukhanyo Am’s backup. There is no way anyone can convince me Jesse Kriel is better than Henco, I don’t buy it. Henco is the only specialized 13 that would be able to play the role Am does for the boks. Having Am mentor him would be the perfect situation for the boks. Let’s hope Rassie Erasmus and Jacques Nienaber is looking at him.”